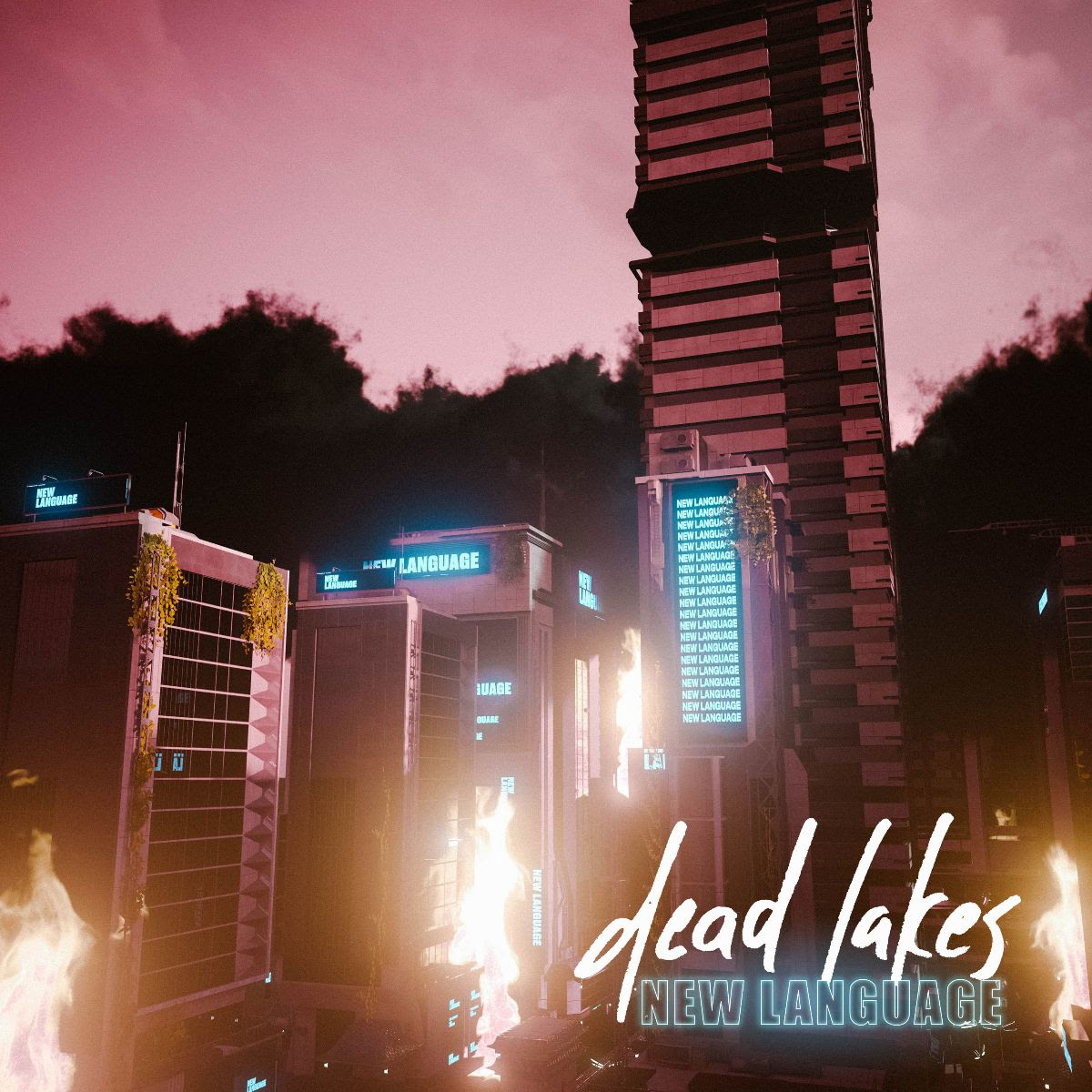 After signing with Sharptone Records this year, Seattle natives Dead Lakes are set to release their debut EP, New Language, after spending the past year working towards it. Featuring the two pre-released singles, New Language is a first taste of a collective release to fans and many first-time listeners alike. Without worrying about fitting into any certain genre, Dead Lakes have focused instead on writing what they want to write. So without further ado, let’s get into the music.

Opening with slamming drums and searing riffs, the vocals cut clean through the mix, helping to ease in the melodies and the delicacies of their main single, Close 2 Me. Although I didn’t know much about the band before I listened to them, I have to admit I wasn’t expecting a mid-tempo 6/8 song to open the album. However, they definitely justify it. With the guitars and cymbals ringing out, it allows a passionate but measured delivery of the vocals, particularly in the choruses. It’s a good presentation of the character of the band, they’re not afraid to go against the norm of what singles should be.

The influences of Bring Me The Horizon are detectable in the second track. Paradise is a song that will be associated with singalongs, tapping feet and nodding heads rather than deep analysis. Simple but effective, it incorporates subtle electronic sounds which give it that modern feel along with the expressive vocals. I’ve noticed that Dead Lakes are strong when transitioning between different sections, and they use that like a light switch on Paradise. The band switch from one extreme to another, hitting hard in the chorus and dropping right down for the verses, using it to good effect.

If it wasn’t evident on the second track, then it’s probably even more detectable on SMS Happiness. Drawing on modern pop and that’s the spirit vibes, Dead Lakes go for an all-out radio track with their own spin on it. Contrary to it’s title, SMS pulls on the heartstrings, taking feelings of someone trapped in a fake and hopeless society and capturing them with the lyrics. The more relaxed guitars gives the synths freedom to take over in the chorus, projecting a catchy wave of sound similar to that which bands like Pvris achieved success with.

While they adapt their style across songs, Dead Lakes still keep a subdued vibe about their music, writing about personal struggles and topics that listeners can relate to, which I’m sure will endear them to their audience. It’s a common theme amongst this release, and a relevant one at that. Songs such as Nogodsnomasters, and the title-track New Language show the more stripped back side of the band. They lack the strong choruses of the first few songs, but they’re ideal if you want something smoother or more restrained to listen to.

All in all, New Language is a promising start from the band, showing that they’ve got a cohesiveness and a sound which fits in well with the times. They’ve also shown that they can write some memorable tunes too, now they should try and replicate their best songs for when they release their debut album. If they do, it has the potential to be a debut album which could really launch their careers. Hopefully they can start playing shows again soon and capitalise on this release.

New Language is out now via Sharptone Records.