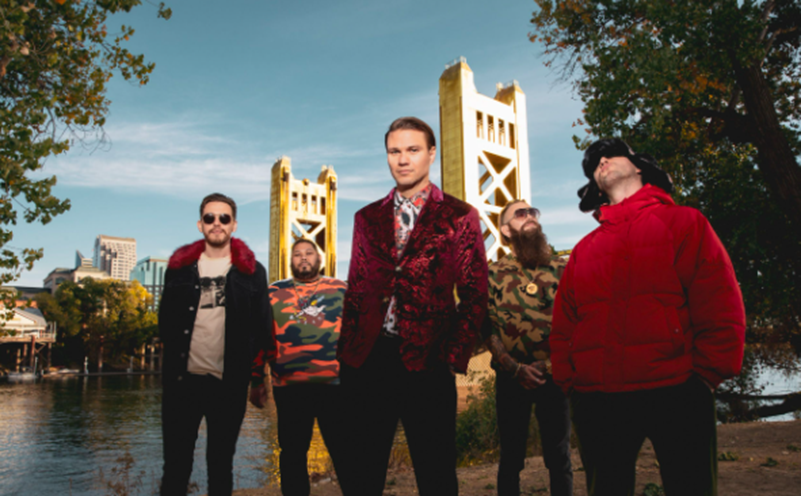 The “Tree City Sessions 2” streaming event was produced in association with Danny Wimmer Presents and saw the band end an enormously successful year with a bang. Performing a fan-voted setlist featuring deep cuts that had never been played live before, the band and their team shut down iconic home town landmark, the Sacramento Tower Bridge for a mind-blowing, in the round performance, featuring an incredible light show, multi-cam and drone footage all backdropped by the beautiful Sacramento skyline.

“The “Tree City Sessions 2” stream was an exciting project for DWP to work on from start to finish.

“We were very pleased with how well it performed—from the next level production of the visuals and sound, to becoming one of the top ticket-selling streams in their genre for this year and the end result of the overwhelming, positive responses from the fans. It was a win-win for everyone involved.”

Dance Gavin Dance released their ninth studio album, Afterburner, earlier this year which has already clocked up 79 million streams since release and topped a multitude of charts on two separate occasions, once with it’s digital release hitting #1 across the Current Albums, Alternative, Billboard Top Albums, Digital, Current Digital Albums, Rock, Heavy Rock and Current Independent Albums charts and #14 on the Billboard Top 200 and again when the physical version was released several months later due to the pandemic, when it hit #1 across Vinyl, Internet, Alternative, Rock, Hard Music, Independent Current Albums, #3 Top Current and Billboard Top Albums and #47 on the Billboard 200 charts.

In the heady tradition of Frank Zappa and Nirvana – people who made serious art without ever seeming self-serious – Dance Gavin Dance is a band that does what they want, how they want, confident that the audience will keep up. “Tree City Sessions 2″ is another in a long line of wildly creative, boundary pushing endeavors by one of modern music’s most brilliant and unique musical forces.