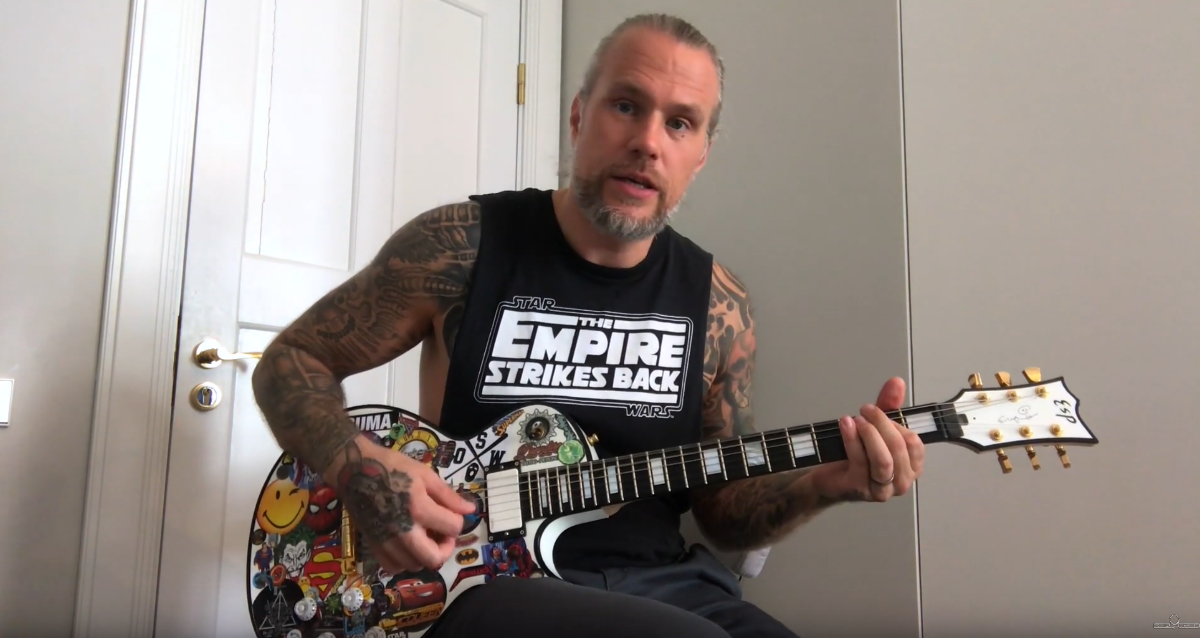 Watch a guitar playthrough video for the title track ‘No Halos In Hell’:

No Halos In Hell is available as 2 CD digipak, black vinyl or download. Order now: nblast.de/Cyhra-NoHalosInHell

Watch the official lyric video for the track ‘Battle From Within’:

Founded by vocalist Jake E (ex-AMARANTHE) and guitarist Jesper Strömblad (ex-IN FLAMES), CYHRA has gone from being reminiscent of the duo’s former bands to having a unique identity. The addition of guitarist Euge Valovirta (ex-SHINING) as a full member has raised the creative process to a level where, according to Jake E, “Everyone is playing to the point of what is best for the song”. No Halos In Hell is one of those rare albums that defies being neatly placed in a genre box: delivering tunes that are both heavy and dynamic, the record is loaded with melodic vocal hooks and musical earworms.

Watch the official video for ‘Out Of My Life’:

Watch a guitar playthrough of ‘Out Of My Life’:

Produced by Jacob Hansen and co-produced by the band’s very own Jake E, the album is filled with 12 live-oriented songs, ensuring maximum catchiness. The full tracklist reads as follows:

The bonus CD included in the limited digipak includes 6 additional songs, 3 of them being exclusive acoustic versions.