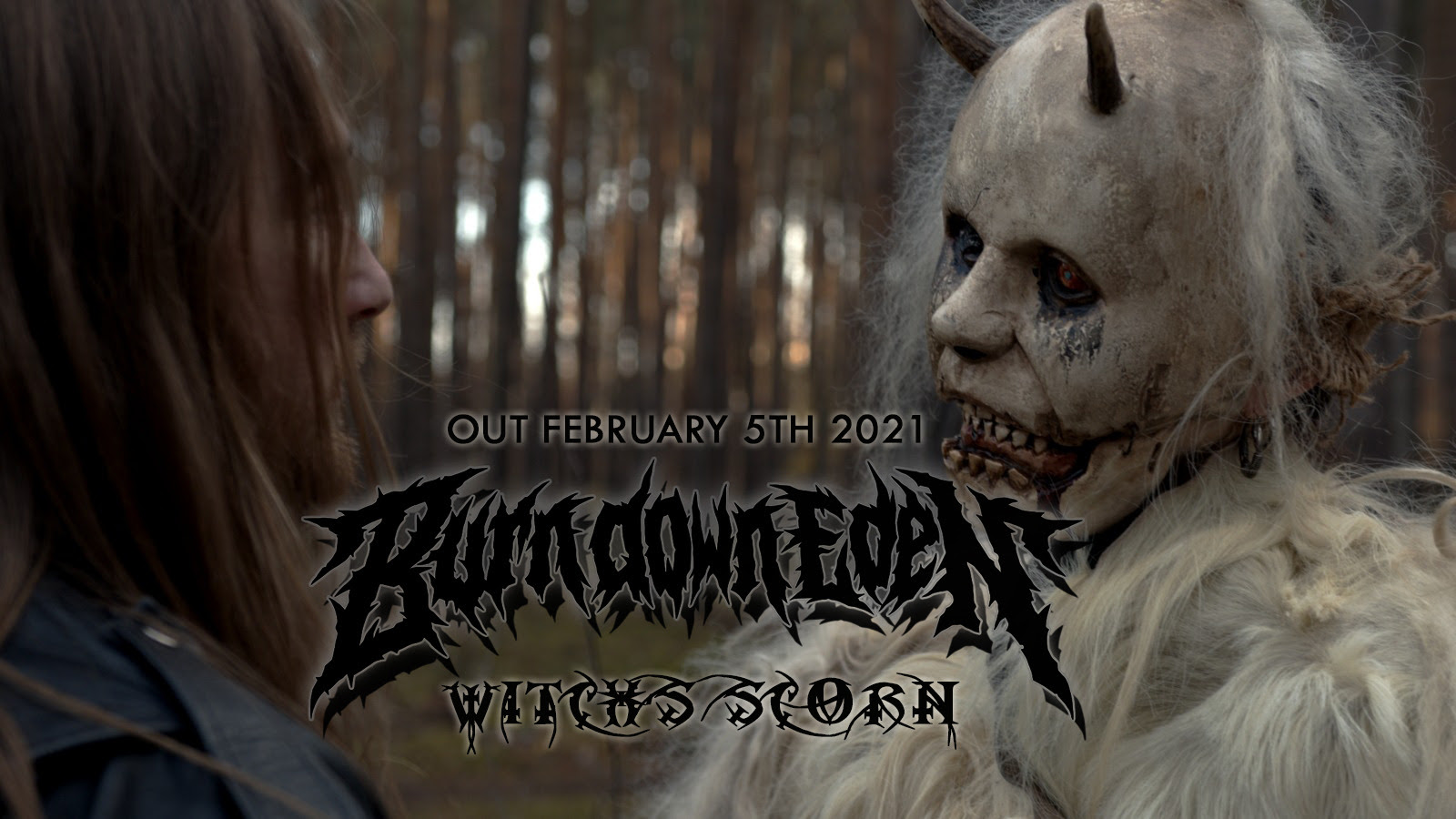 Burn Down Eden is continuing to put a spell on the Metal Community with their second single „Witch´s Scorn“ of their third upcoming album release. An evil and brutal, yet emotional song showing how multifaceted this band and especially this upcoming album release is. The band broaches the issue of the inscrutability of the relation between men and women and depicts toxic relationships. You can hear all the lies, hatred & false accusations in this song.

It seems to be common for the guys of Burn Down Eden, to release a new album every two years. While lots of bands take a break for creativity after their second release, Burn Down Eden is just beginning.

With their third self-titled album the guys pick up where they left off with their second album „Liberticidal“ and even put a shovel on it again. The band continues to focus on the catchy choruses and melodies, brute, fiddly riffs and modulations, as well as rapid solos and classical elements typical for Burn Down Eden. Nevertheless, all in all the third album seems to be more mature. And yet they also like to leave the genre and play happily with all elements from Black to Prog Metal.

With „Burn Down Eden“ the guys make it crystal clear, that they are THE next big thing in the matter of Melo-Death from Germany. Kernkraftritter Records is convinced, that we will welcome Burn Down Eden to lots of festival stages in the „Post-Corona Times“.

Ahead of this the band have also unveiled official Video for their first single ‘A Prepper’s Prophecy’.

With “A Prepper´s Prophecy” the quintet put salt in the wounds to everybody who was convinced that such a nearly apocalyptic scene like in the year 2020 could possibly happen and who prepared themselves for it. They guys are backbiting conspiracy theorists, tinfoil hats and all the prepper out there. The guys kicking-off their album with literally a big bang!”