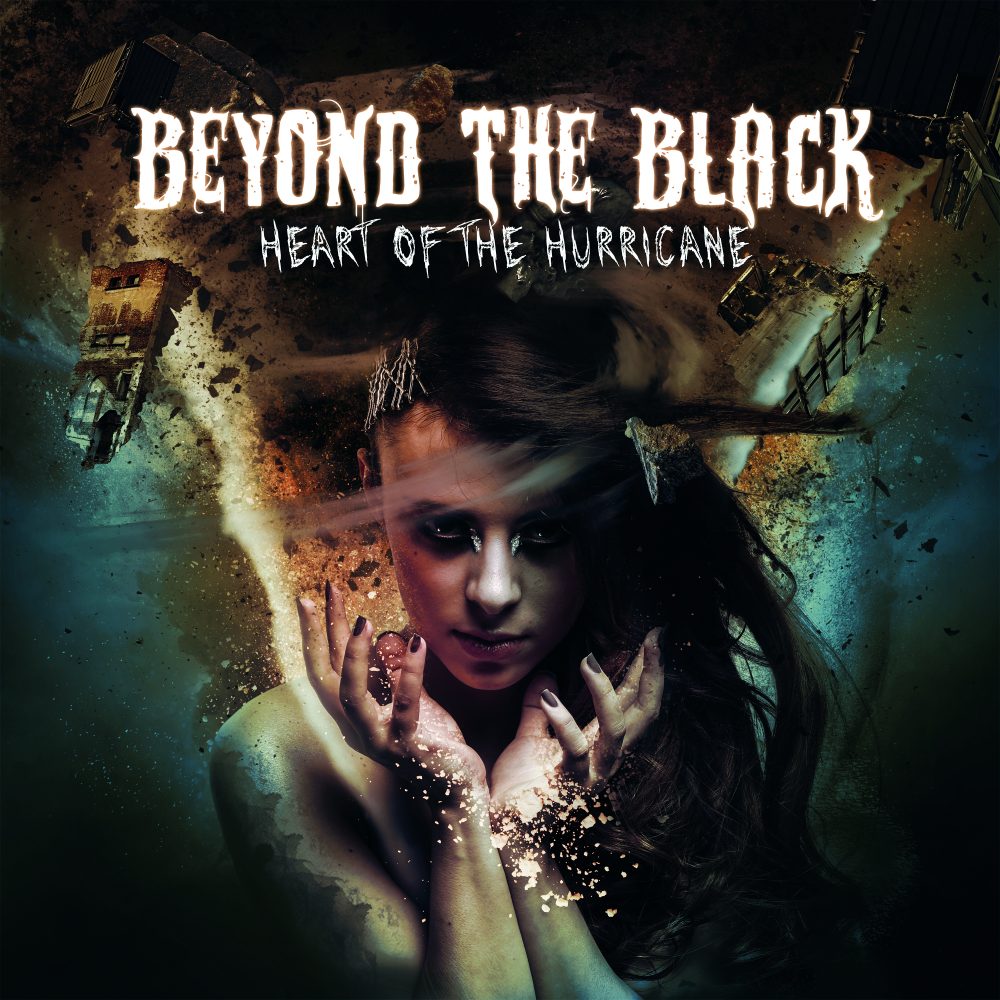 Beyond the Black are a German Symphonic Metal band hailing from Germany. In Germany they have received mainstream success, with both previous albums hitting the top 20 German album charts. Their new album comes 2 years after vocalist Jennifer Haben and the rest of the band parted ways. With a new line-up the band release “Heart of The Hurricane” on 31st August, so let’s give it a listen…

As the first track “Hysteria” begins my first thought is that this a lot more heavy/faster pace than I would usually expect from a Symphonic metal band. First of all, the vocals are not opera vocals, which automatically opens this band up to a wider range of fans (Don’t worry, I do love a good opera vocal metal band as much as the next gal). In fact, this track is so catchy it could easily be a mainstream rock song you hear on the radio. But don’t let that put you off, there’s a very good guitar solo which catches me surprised in this song too. So, we’re off to a good start. “Heart of The Hurricane”, the album’s title track is next, and unlike “Hysteria”, this song is almost tethering on the pop genre, so although this particular track might not be a hit with the fans who prefer the heavier side of metal, you can’t deny that it shows this band has a great range of different sounds.

Further into the album continues on to show that Beyond the Black can offer a lot of different sounds. “Through the Mirror” and “Escape” show the softer side of this band. Both songs I would class as general slow rock songs that you can just imagine putting up your lighter to and waving your arms to at a show. My personal highlights are when they do show a true symphonic sound. “Beneath a Blackened Sky” has the classic creepy orchestra sound opener, a sound which blends in and out of the song as and when it is needed to give us a symphonic vibe. This song also has various female backinh vocals, another thing that makes this particular song stand out from the rest on this otherwise average record. “Song of the Godless” brings a Viking sound and various different instruments to go along with it, and I mean, who doesn’t love a good Viking instrumental? However, at least half the songs on this album bring back the same sound as in “Hysteria”. General rock/metal songs that don’t fit into any sub-genre. Once again, whilst these are good for the radio and for the average listener, it doesn’t give us anything we haven’t heard before.

One last good point: The guitar solos. Excellent.
One last bad point: There are screaming vocals on two songs which for me personally just do not fit at all as the music behind isn’t heavy enough to support it at all.

Overall, I think general metal fans will enjoy this record, with its catchy choruses and excellent vocals, but for fans who prefer their music to shine with a unique sound, this album may fall short.