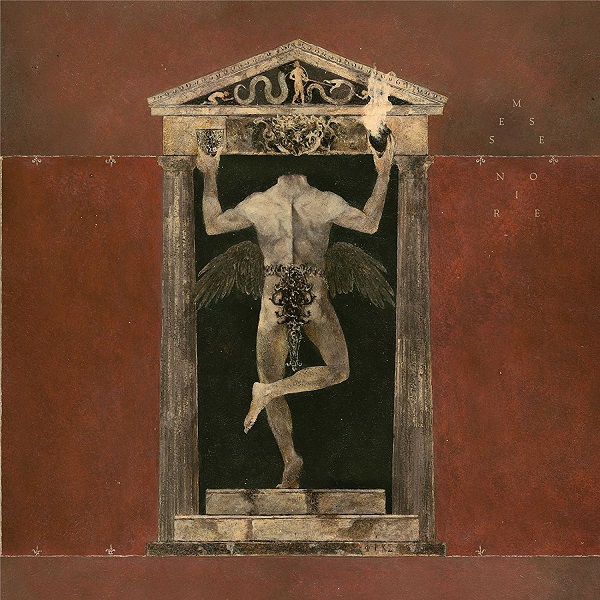 Behemoth’s latest live package, Messe Noire, will mark the end of what is almost certainly their most successful era. Following Nergal’s treatment and subsequent discharge for leukaemia in 2011, the group went on to release The Satanist in 2014, which received widespread critical acclaim in both the metal and mainstream media. The lengthy touring cycle for the record often had the Poles performing the nine song set in full, with two such shows the main feature of this live documentation.

My first (and to date, only) live encounter with Behemoth was on said tour. I went in as something of a casual, having heard much of their work but not really having any in depth knowledge of it. It’s safe to say I found their show very impressive, with my lack of familiarity with their catalogue having no detrimental effect on my enjoyment, such was the quality of their performance. As such, I was quite eager to see how they captured these live presentations, as there were some quite striking visual elements to the shows that really enhanced the experience. Alas, only the audio part of Messe Noire has been received for review, so any thoughts on the visual content will have to wait for another day.

The live CD content is quite sparse in comparison to the meatier DVD / blu-ray stuff, with a meagre nine song selection that is The Satanist front to back. On the one hand, I can understand why Behemoth might want to preserve the disc purely as a definitive live Satanist set, but it runs at a mere 50 minutes, and as the track list on the DVD shows, there were more songs played that could have been featured as well. There’s little fault to be found in the performances themselves, although I gather from promotional materials that everything here was culled from 2016. At this point the band were deep into the touring cycle, having played over 100 shows in 2014 and over 70 shows in 2015. The stress, demands and general wear and tear of this sort of schedule will have an inevitable physical impact, and Behemoth are not immune to this. Vocals are probably the most susceptible to this sort of problem, and Nergal’s voice does show some signs of detriment. His growls sound a little hoarse and thin at times, and he opts for a cleaner approach on occasion to ease the strain, although this does give some of the songs a different (but equally effective) edge. Instrumentally, it’s on point and well mixed, largely retaining the atmosphere of the studio version (although I’ll never be a fan of the sort of triggered bass drum sound you’ll hear here). There are a few extended sections that help to stir up and sustain the sinister aura, usually between songs, and I have to think this might be when the visual aspect of the show would be at its most powerful.

It’s difficult to really give a verdict on Messe Noire, as I feel that I’ve only experienced around a quarter of what the final product will offer. As a stand alone disc, the CD is a brief but potent glimpse of the aural onslaught Behemoth unleash when they stop on stage, although it could’ve done with an extra few songs. I’ve no doubt that the final package will deliver on the content front though, and from what I’ve heard from this taster, it will not disappoint.

Messe Noire is available now through Nuclear Blast Records, and can be purchased here.