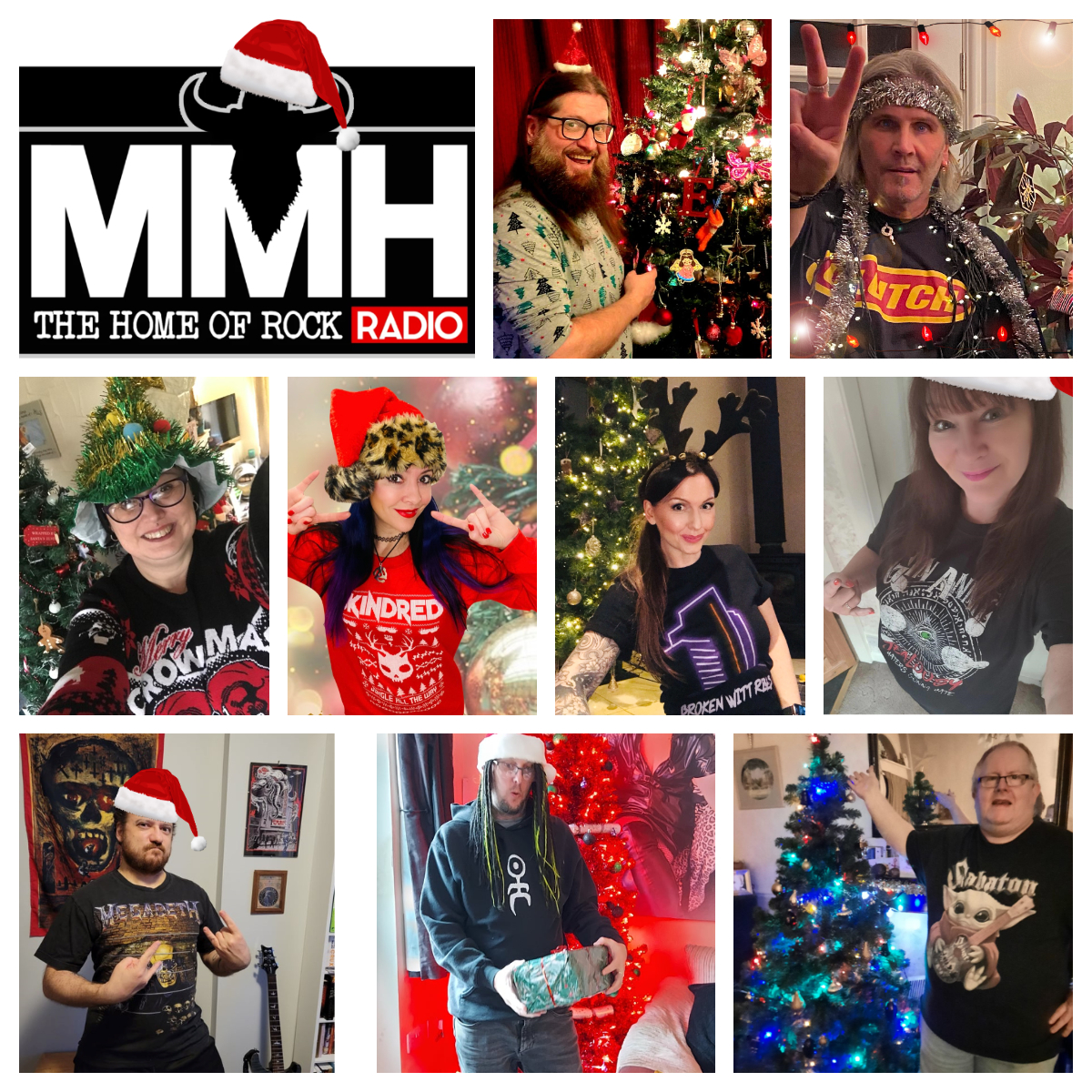 Merry Christmas from us all at MMH Radio!

Paul – Clutch The Mighty CLUTCH!! My favourite band in the world. The lyrical genius of Neil Fallon along with Jean Paul Gasters amazing beats, Dan and Tim providing the groove, these guys just tick every box for me and they’re coming to the UK in 2022! Bring It On!!!!

Caz – Skindred Skindred this week, because they are the best live act ever in my opinion, and there ain’t no party like a Skindred Christmas Party! 🤘🏼😝

Maria – Those Damn Crows I treated myself to this jumper this year and I love it! Haven’t taken it off since it arrived. Love the crows.

Steve Webb starring as himself

Call out: Are you in a band? Do you want to join our weekly bandshirt most wanted poster as guest star? Send your pics to us via messenger.