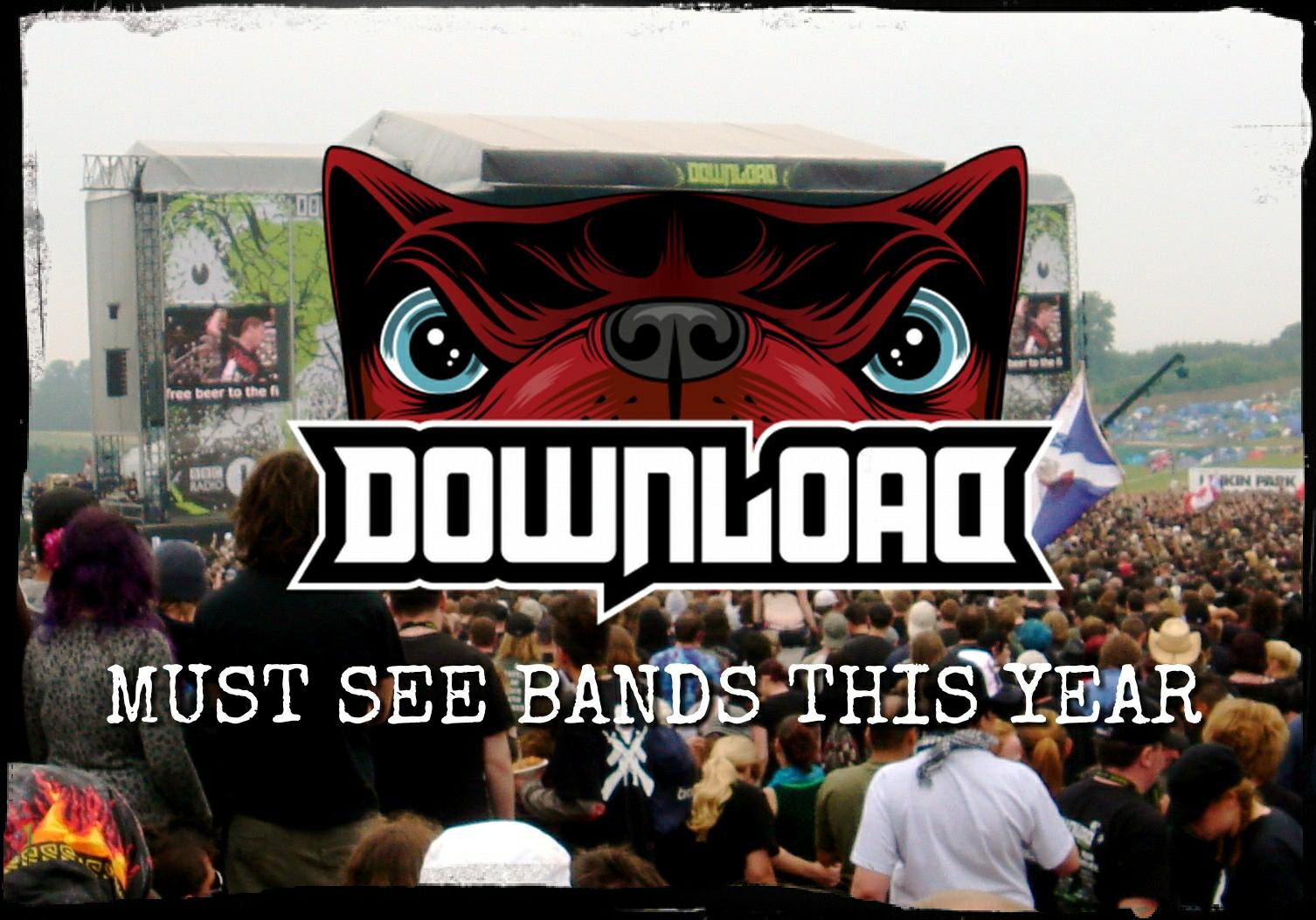 There is never a shortage of great bands to go and see at Download Festival, and this year’s line-up is no exception. With headline acts Avenged Sevenfold, a newly reformed Guns N’ Roses, and Ozzy Osbourne plus household names in the rock and metal world such as Shinedown, Parkway Drive, Bullet for my Valentine and Marilyn Manson you may already have your weekend planned out seeing bands such as these alone. But what about a little lower down the bill? Part of the joy of festivals is discovering a band you may not have heard of or listened to before. So, to help point you in the right direction, members of our reviews department have picked out some of the best bands at Download 2018 that you (maybe) haven’t listened to yet.

If no nonsense old-school rock is what you want, then Inglorious are definitely worth your attention. They’ve been steadily gathering momentum since the release of their debut self-titled album in 2016 (quickly followed by Inglorious II in 2017) and have finally secured a deserving slot on the main stage. The focus is often on lead singer, Nathan James, who arguably has the best set of pipes in modern classic rock right now. Starting out on TV shows like The Voice isn’t exactly the most traditional rock ‘n’ roll back story, but, when combined with the rest of the equally talented band, the end result is hard to criticise. Whether it is high-octane riffing, groove-laden rhythms or choruses that deserve to be sung back from every corner of Donington Park, Inglorious have the tools they need to win over the crowd on Sunday 10th June. Don’t forget your cowboy boots.

Rap metal is seen as a pejorative in the music scene, but like any genre, there’s good and bad acts. Powerflo are most definitely an example of the good, with last year’s eponymous debut a tightly written record chock full of hip hoppin’ heavy metal. The seeds of the project were planted as far back as 1994, when Cypress Hill’s Sen Dog collaborated with Billy Graziadei on Biohazard’s seminal album State of the World Address.  With Christian Olde Wolbers (Fear Factory), Roy Lozano (Downset) and Fernando Schaefer (Worst) completing the line-up, Powerflo are a bona fide supergroup, but don’t expect any delusions of grandeur or flashy showmanship here. These folks are as down to earth as it gets, and their intensity will invigorate any audience, whether it’s in a sparsely populated club or up on a festival stage.

Hailing from South Wales, Dream State don’t even have a full-length debut album under their belt yet. Not that that has stopped them from undergoing a relentless touring schedule to promote their upcoming EP, Recovery (available from 25th May 2018). The first single from said EP, White Lies, has been making waves on Spotify and Youtube, racking up plenty of streams/views with it’s blend of emotional vocals and melodic guitar lines. Vocalist, CJ, is not your average alternative/pop-punk frontwoman as she sings every song with a raw edge that makes their music stand out from the other bands in this genre, but still keeps the radio friendly hooks in place that make the genre so popular. Playing one of the first slots on the Sunday of Download Festival runs the risk of having to face a sparse crowd, so do your bit and fight through the hangover to make your way over to the Avalanche Stage to see one of the alternative scenes rising stars.

Debut album Pain. Joy. Ecstacy. Despair has made Shvpes one of the most prominent up-and-coming metal acts in the UK right now. Their unique blend of hardcore, melodic metal, synths and nu metal stylings means there is currently no one metal band quite like them. Top it off with one of the most energetic and intense frontmen in the business and the audience at The Dogtooth Stage on Saturday 9th June are in for a treat. Shvpes are well rehearsed live, and have toured with many notable names including Trivium, Bullet for my Valentine, While She Sleeps and Bring Me The Horizon. Whether you want to get in the pit, scream along to the choruses, head-bang in the front row or just stand back and watch the maelstrom unfurl itself, Shvpes are not one to miss. Plus they are based in Birmingham, the home of heavy metal. What more do you want?

Ska punk favourites Less Than Jake are sure to go down a treat when they step out on to the Avalanche stage on Sunday 10th June. Although the Gainesville natives are frequent visitors to these shores, they will be making their first appearance at Donington in 15 years. Their set will offer an energetic blast of pure, unadulterated fun, with an infectious concoction of catchy songs and witty stage banter that will have the crowd in raptures. A 25 year career that has yielded eight albums and numerous other releases enables them to call upon material that touches upon a variety of genres, all of which are unified by the strength of their song writing. Unless you’re dead set on seeing a band that clashes with them, be sure to catch Less Than Jake, as chances are they’ll be one of the best acts you see at this years festival.

Have you ever seen three people playing one bass guitar held up on a revolving stand? And actually make it sound good? Neither had I until I saw Nothing More live a couple of years ago. Experimentation is rife in their sound, both live and on record. They have five albums in their discography altogether, but it took until their fourth release, 2014’s self-titled album, for Nothing More to really start gaining traction within the music industry. Their combination of heavy rhythms, electronic sounds fused with bass heavy guitar riffs, and lyrics commentating on modern society quickly took off at this point. They are now supporting their 2017 release, The Stories We Tell Ourselves, the success of which has got them a slot on The Zippo Encore Stage on Friday 8th June. If you want some hard hitting modern metal plus an intriguing and intense live performance then they are definitely not one to miss.

Fresh off a stint supporting Cradle of Filth last year, as well as their own headlining tour last month, Savage Messiah are certainly one of the rising stars of the modern British metal scene. Rooted in the thrash metal of leader Dave Silver’s previous band Headless Cross, they have gradually developed to become a more well-rounded, potent heavy metal machine. With 2017’s well received Hands of Fate record, the band took another giant stride in their quest to ascend to the top, and an appearance at the hallowed grounds of Donington is sure to help their cause. When stepping on to the Dogtooth stage on Friday 8th June, you can depend on the four piece to duly deliver a whirlwind of blazing riffs, searing leads and crushing grooves that is guaranteed to satiate the hunger of any metalhead.