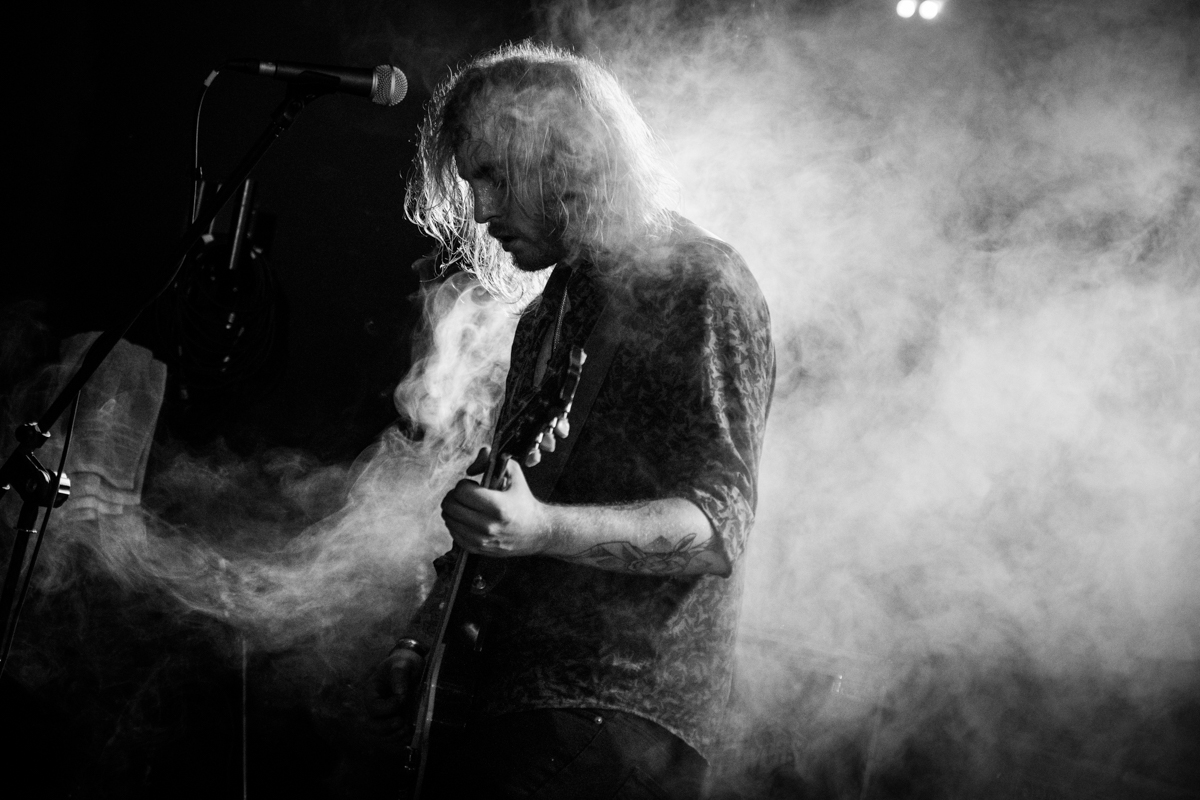 It’s a cold Saturday night and I find myself at a sold out Asylum 2 in Birmingham because today is the day. ‘Starting Gun’, the debut album by Midlands based hard rockers ‘The Bad Flowers‘ has just been released and we’re here to launch it in style. Following up from their self titled EP released 2016, ‘Starting Gun’ is a triumph in groove and pure attitude, the record itself sounds amazing but the question we all have on the tips of our tongue is, can they pull it off live? Lets find out…

Opening the evening with a strong dose of rock ‘n’ roll, ‘These Wicked Rivers‘ waste no time kicking into action getting the crowd up and moving. Guitarist Arran Day elegantly handled his side of the stage showing us what a man wielding a Les Paul can really do while bassist Jon Hallam handled the low end, mixing it up a bit switching to a fretless bass during one of the softer songs; a real nice touch. Not surprisingly their single ‘The Enemy’ proved to be a fan favourite and a real highlight of their set showcasing vocalist John Hartwells’ vocal talent.

Welsh rockers ‘Those Damn Crows‘ were next to grace the stage, spurred on by the sold out crowd they proceeded to dominate the stage with vocalist Shane Greenhall utilising his riser practically standing in the crowd giving the performance a much more intimate feel. They had everyone from the front to the back of the venue singing along with their fists in the air and a smile on their face. Each song masterfully blended into one another providing an endless stream of rock ‘n’ roll fury with standout tracks such as the hard rock anthem ‘Devil In My Pocket’ being a personal favourite of mine.

Enveloped in smoke ‘The Bad Flowers’ finally take the stage, delayed momentarily by a small technical hitch the anticipation of the sold out crowd rises. Suddenly we find ourselves fighting for space as the audience have all moved forward in hopes of getting a better view pushing me right against the stage. The band strike their first chords, the tension builds further with the audience clapping along to drummer Karl Selickis’ beat before breaking into ‘Hurricane’ and the crowd goes insane. Vocalist Tom Leightons’ voice soars, to answer my previous question, can they pull it off live? Yes. Undeniably, yes they can.

Bass player Dale Tonks melodic playing style combined with Karl’s explosive drumming created the perfect layer of rhythm ready for Tom to lay his monster riffs over. It’s amazing to think that The Bad Flowers are a three piece, their sound is so thick and tonally rich, you can really hear all of the hard work this trio has put in over the years carefully crafting their sound. Effortlessly flying through their set it’s easy to see why so many people came out to show their support tonight. Their energy was simply infectious, leaving this eager crowd demanding more as their set came to an end closing with the final track of their debut album and a firm fan favourite ‘City Lights’. They couldn’t just leave us there though could they? They returned back to the stage to finish us all off with their track ‘Living The Dream’ and a brilliant rendition of Black Sabbath’s ‘War Pigs’.

The Bad Flowers have already accomplished so much in their relatively short life as a band and ‘Starting Gun’ is a major step forward on their journey which is well worth a listen.

You’d be an idiot to miss it.