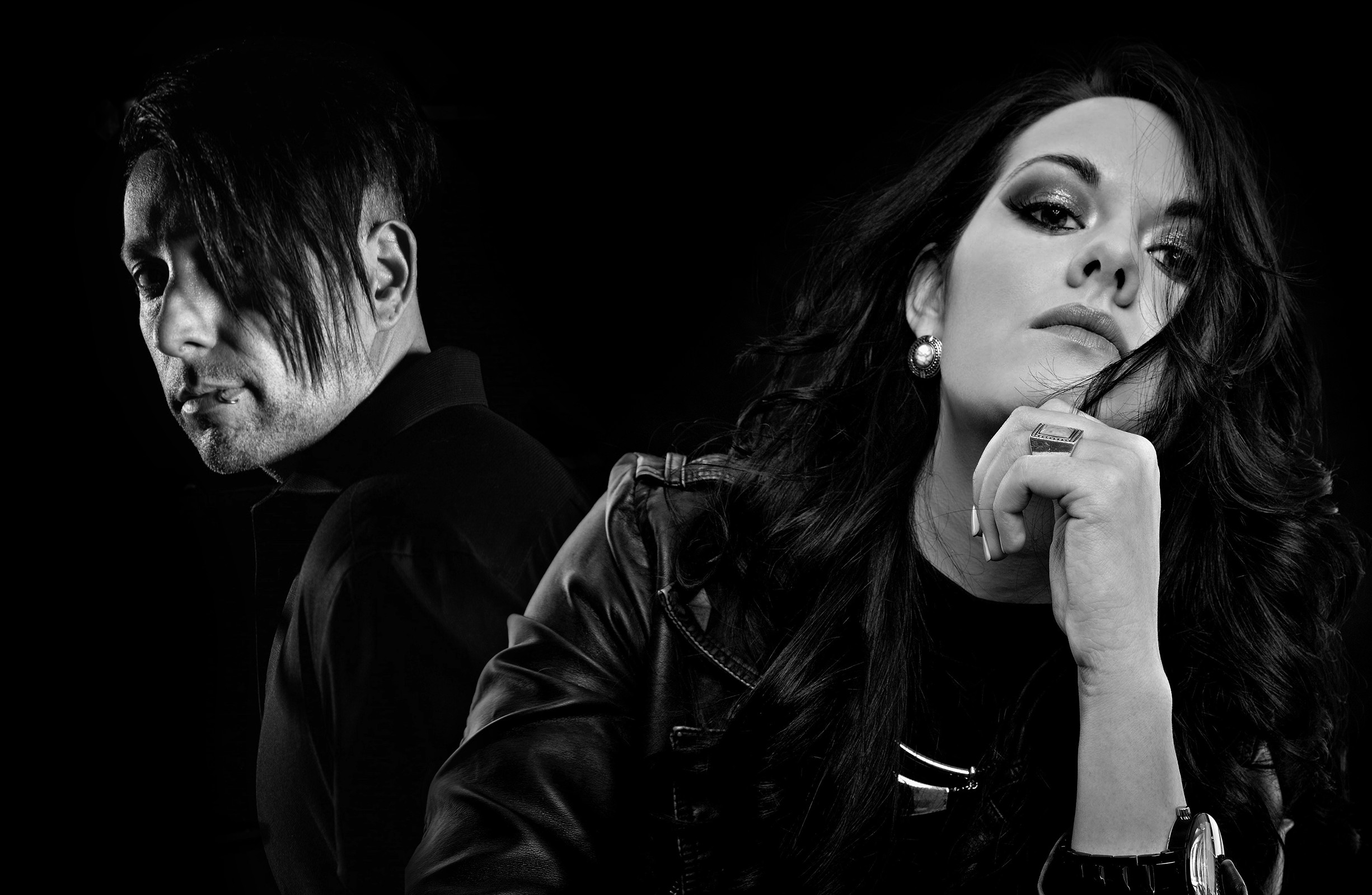 Caz Parker recently caught up with Norman Matthew of Texas duo As Strange As Angels to talk about their single ‘The Curse’, life in lockdown and future plans and of course the bit of general silliness that we’ve come to know and love, check it out below!

To coincide with this Tina C. got her hands on the new single ‘The Curse’ for REVIEW!!!

In his career so far, Texas based Norman Matthew has shared the stage with rock royalty Rob Zombie, Korn, Halestorm, Deftones, Five Finger Death Punch, The Pretty Reckless and appeared on the Vans Warped Tour, and having toured the UK with former outfit Murder FM (check out their hit ‘Last Breath’ that chorus tho!) we are due a catch up on what he is up to these days.

So, onto his current band, a duo with drummer Michelle Graves, As Strange As Angels, they were sent to me by a strange angel I am convinced! I unwittingly clicked on the link to singles “Never Broken” and ‘The Curse’ and holy shit! I was blown away and was sitting bolt upright with the volume turned up to ten within seconds of pressing play!

I literally feel the darkness and the light within their lyrics right in my chest, each new track I’ve discovered totally connecting with my ears, my mind, my heart. They are melodic yet heavy, a beautiful, “twisted, bent but never broken” thing that somehow reaches out from the speaker and connects, one track after another, “Mirror Mirror”, “Miracle”, “Waves” all sound amazing both full on electric and stripped bare acoustic, pure quality songwriting.

UK we need to get in on this action! So here we are, onto new single “The Curse”.

A solid, mean and moody hard rock intro leading to the beautifully melodic and emotionally charged opening verse “It’s getting harder to make sense of me, I’m not the person that I’m supposed to be” Norman’s vocals really convey the gravity of the words, then he kicks it up a level into a monster of a chorus “It’s so ruthless the curse like a fire it burns there’s a monster that lives in me” then back into a haunting second verse with the killer delivery of line “unsure of purpose, nervous of fate” oooof gives me chills!

Then, as if that wasn’t enough, cue Jimmy Beattie, the highly regarded guitarist of heavy hitters ‘Seasons After’, he guests on this track to shred an INSANE guitar solo, taking it up another level again! Add that to the solid interesting heavy beats of drummer Michelle Graves keeping this all together and there is just so much to listen to here I’m in heaven, or is it hell, or both, the dynamics here are ridiculous, we’re up then down, dark then light, soft then hard, listening to “The Curse” is like being on a perfect musical rollercoaster, and that’s exactly how it feels to be experiencing the feelings talked about in this song too, this track is amazing me in so many ways.

Touted for fans of I Prevail, Motionless In White, Linkin Park, Papa Roach & HIM…. it’s time we saw the name As Strange As Angels right up there with those.

Get ‘The Curse’ here!

|
As Strange As Angels, Norman Matthew