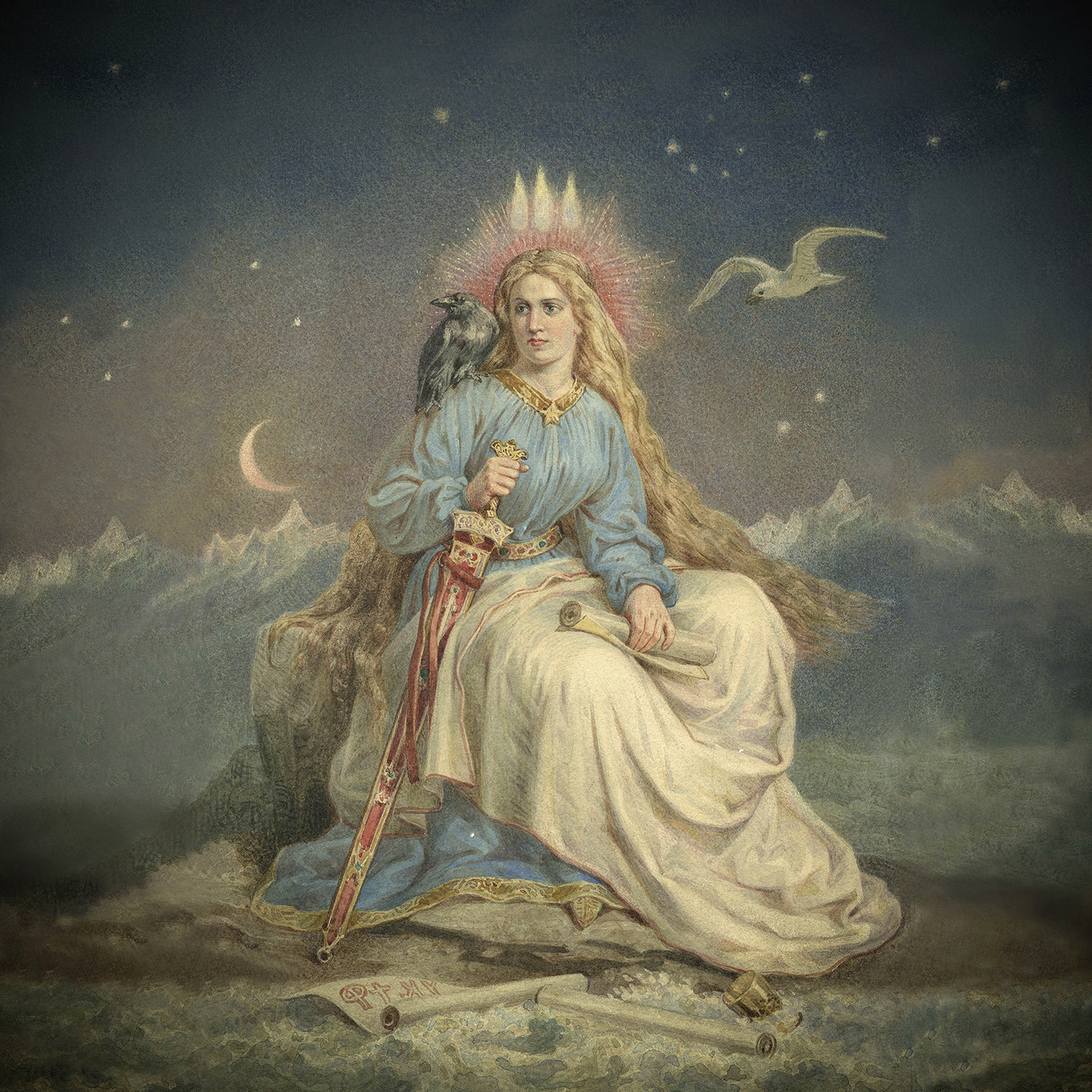 As I sat on my sofa to write this review, my wife who has never listened to Sólstafir piped up “This is strange.” That sums up why it is in my review pile then. I actually mostly disagree with her, as this, Sólstafir’s seventh album “Endless Twilight of Codependent Love” is strangely wonderful, engrossing and vast in scope.

Bands seem to come to the collective sound casually lumped under the post rock banner from an assortment of directions, be it black metal, progressive rock and even hardcore punk. This gives the practitioners of this trade subtle and not so subtle nuances and this provides the listener much to delight in. Sólstafir are a band drenched in nuance and a new album is always a tantalising prospect, with their sound having travelled stellar distances along various trajectories originating from their black metal roots.

The album, released through Season of Mist, commands a good deal of time and attention with a running time of around 63 minutes and three tracks passing the eight minute mark, but it is never a chore. I have a tendency to review albums starting with highlight tracks rather than the beginning, but here it is entirely appropriate to start with opening track “Akkeri” whose ten minute journey takes in many auditory pastures while remaining cohesive. Twin guitars and a progressive sounding bassline serve to lure the listener in, while the plaintive vocals in their native Icelandic add to the atmosphere. Swiftly we are transported to rock territories with an urgent tempo, a shift in intensity and hints of their black metal foundations. Plaintive becomes urgent, and then once more the dynamic throws a curveball, plunging into beautiful atmospherics before once galloping forward towards the song’s conclusion with nods even to NWOBHM stylings. More variety is thrown out in the course of this single track than most bands manage in an album or even a career. This sounds like it should be a mess but assuredly it isn’t.

I now abort numerical order as the album highlight for me is the third track “Rökkur”. It is a melancholic affair, filled with melody and emotion. I imagine every listener takes something different from a Sólstafir song, but my ears and mind heard hints of Nick Cave, The Legendary Pink Dots and Årabrot while sitting entirely comfortably in its place in the album. No small task. “Her Fall From Grace” is unusual for being the only track sung in English, but frankly language is almost obsolete in a listening experience such as this, as I am never in doubt as to the emotion being conveyed and the urgency at which they do it. It is another beautiful composition that waits nearly the entire duration before guitars start to spit sparks and the song starts to glow with overdrive. The guitars throughout “Endless Twilight of Codependent Love” are beautifully recorded, you can sense the circuitry of the amplifiers responding to the demands of the players and they truly sound live.

“Dionysus” is probably the most metalhead pleasing track on offer, but even this relatively harsh moment is shot through with melody and clever progressions. Swiftly following is the perfect counterpoint in “Til Moldar”, gently lilting while it builds with emotive and musical energy. “Alda Syndanna” is perhaps the most accessible and immediate cut but even this is laced with clever little embellishments leaving no doubt that this is a band at the top of the game. “Or” once again, proves that to this band, taking chances is just what they do, with an almost easy listening lounge swing to it that will make some scratch their heads, before lurching in to one of the albums more angst ridden crescendos.The album concludes strongly with “Úlfur”, containing one of the stronger vocal deliveries in this particular opus, while a maelstrom of guitars evoke the vastly varied vistas of their homeland. Wonderful and hugely accomplished stuff.

Sólstafir have delivered a stunning seventh album. Often when tracing a band’s career, a reviewer inadvertently seeks to identify progression from previous works. However, I propose that “Endless Twilight of Codependent Love” shows that Sólstafir are in their very nature progressive and would struggle to deliver a new album that doesn’t bend a few rules and tread new ground. Whether you like genre tags or not, if post rock, post metal or post whatever floats your boat then you simply need this album.