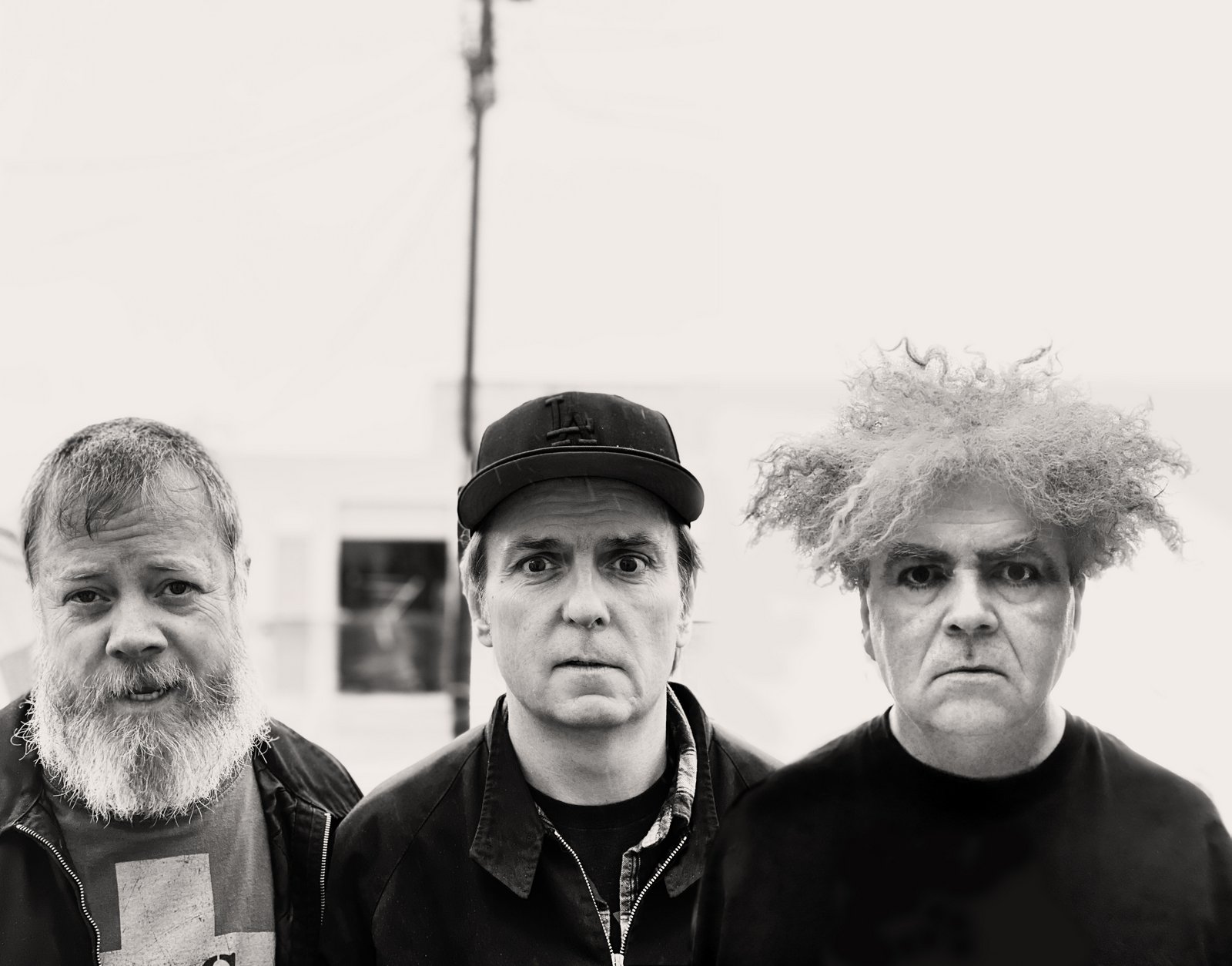 The band known generally as Melvins have many guises. For ‘Working With God’ I can best describe this in two ways. Firstly, and formally I guess, this is ‘Melvins 1983’, so named as the line up and band roles echo those of the year in question. Secondly, this is Melvins in fun mode. Now Melvins always have a streak of fun about them a mile wide, and know how to plant tongue firmly in cheek when required, but for ‘Working With God’, all switches and dials related to letting one’s hair down have been flicked or turned up to eleven.

So, before I proceed, a little more about Melvins 1983.’ Working With God’ is the second release from the 1983 iteration of the band, which features Buzz Osborne, Dale Crover and original drummer Mike Dillard. The trio’s previous release was the 2013 album, ‘Tres Cabrones’. The lineup sees Crover leave his stool and pick up the bass. I can’t keep count of what number album this is overall, I’ve run out of fingers and toes to count.

So yes, this is a fun album, and at times it is a juvenile and puerile album. I’m not knocking that, I’m a juvenile and puerile individual. Take opening track ‘I Fuck Around’, a sweary version of the Beach Boys track, I already have a vision of readers imagining how this might sound in their heads, and they are most likely right. Elsewhere, Harry Nilsson’s ‘You’re Breaking My Heart’, which here is titled ‘I Fuck You’. Perhaps thankfully, this isn’t an album of cover versions. Elsewhere though the post adolescent humour still rides high with tracks like ‘Brian The Horse Faced Goon’ (both parts), ‘Bouncing Rick’, and to some extent the rest of the album too. What goes without saying though is that these boyish men know how to whip up noise rock hooks and sludge riffs in their sleep, and right here they are very wide awake. This will prevent the album ever truly feeling like a novelty or a joke that quickly wears out. I guess the initially amusing covers mentioned above may become the tracks some might skip past, but the rest of the songs here are packed with meaty goodness.

This is Melvins medicine. Gimme another spoonful.

‘Negative No No’ contains sludgy stoner riffs to slay, the aforementioned ‘Bouncing Rick’ has the feel of a latter day Butthole Surfers thrash out, but hey, these two bands have slipped and slid into each other on a few occasions anyhow. ‘Caddy Daddy’, slows things down to a stoner’s pace to great effect, with a refrain that works deliciously and a chorus to holler along with. Things get very noisy slash messy at times, which I revel in, like on ‘Big Mike’ which ends thunderously. ‘The Great Good Place’ is one of the highlights for me, so damn catchy, so damn poppy, and so damn heavy. The holy trinity of Melvins ingredients. The slacker sounding ‘Hot Fish’ repetitively bludgeons away, it is another cracking Melvins riff, but the track overall drags a little in the context of the rest of the album. Proceedings are given another boost with the penultimate ‘Hund’, which kicks arse like a gnarly and cantankerous mule. As one might expect, the album ends as it begins, with a slab of silliness in the form of ‘ Goodnight Sweetheart’, with the doo doo doo de dooooo, stretched out to comic effect.

The Melvins have achieved a number of things with ‘Working For God’. They have captured the spirit of their 1983 selves, all big grins and malarkey. The album must have been a fucking riot to record. They have also conjured up a hefty collection of tracks that sit high in the mountain of Melvins memories. Somehow, they have also combined these two elements into a concise album that doesn’t make me feel short changed in any way. To quote the press release “Once they added up all the crimes and bad shit they’d gotten away with up to now it seemed like a good idea.” I like that, this Melvins album is just what I need after long months stretching into a sorry year of reasons to feel down in the mouth. This is Melvins medicine. Gimme another spoonful.