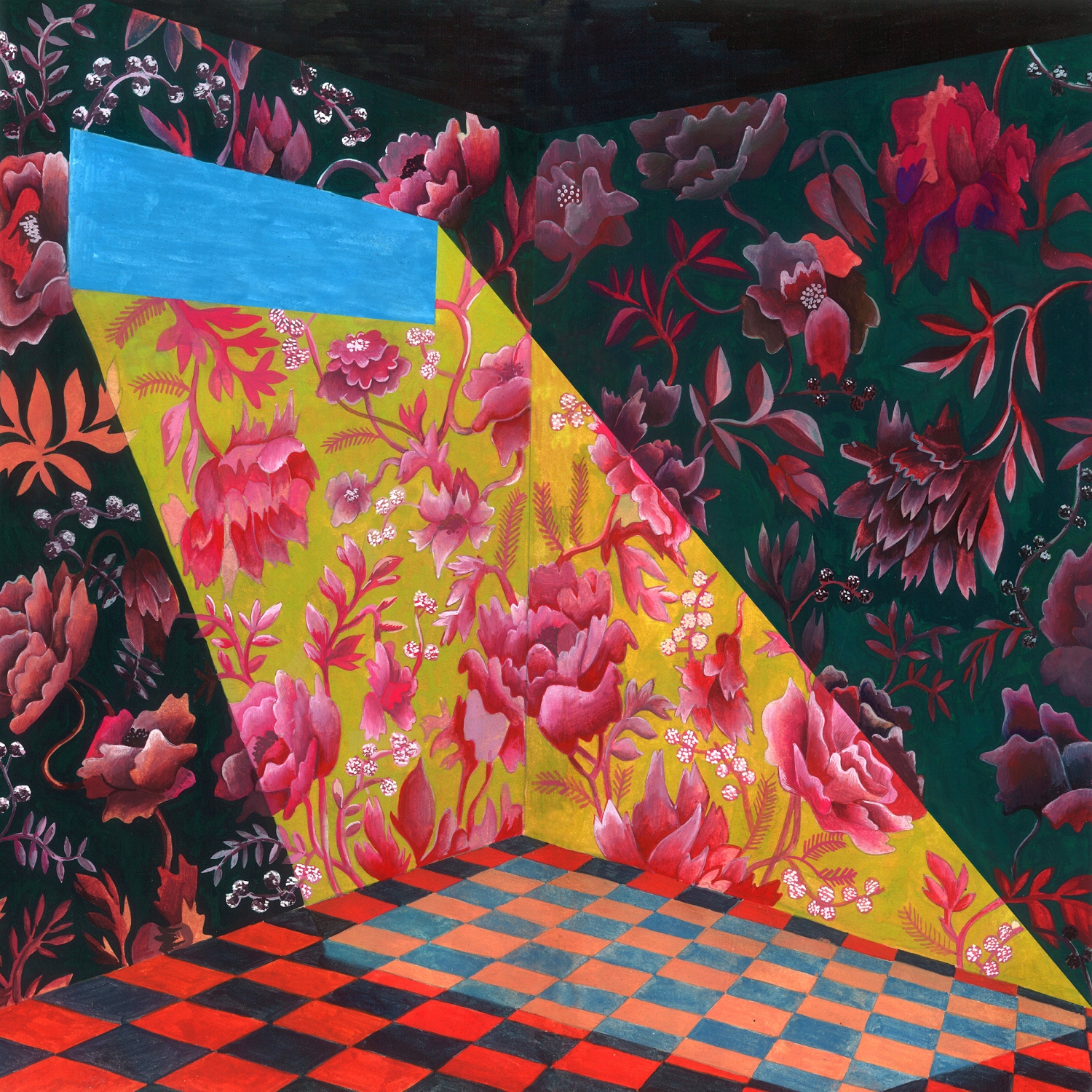 Lungbutter was my favourite word for puke, chunder, vomit and so on, during my more juvenile moments. The band, however, I enjoy wholly more than any of those words. ‘Honey’ is the début album that has been released by Constellation Records.

Hailing from Montréal , Lungbutter are a trio whose forte is scuzzy and sludgy noise rock. The personnel are Kaity Zozula who wrenches the filthiest sounds from the guitar I have heard in some time, Joni Sadler who thoroughly punishes the drums and Ky Brooks who provides the vocal menace. The album contains tracks covering a spectrum with all out noise at one end, and more contemplative and melodic moments at the other. From the opening spluttering and gutteral guitar riff I was hooked and ensnared for the entire 33 minute ride.

The album opens with the title track, an abrasive and accelerating buzz saw riff that precedes copious tub thumping and vitriolic vocal outbursts that I quite frankly revel in. The vocals are delivered in a semi spoken semi sung manner, in a style that could be a hybrid of Mark E Smith (though obviously a different accent and tonal range) and Kim Deal. Two minutes later we are plunged into ‘Solar’, a further sonic assault kick-started by scrap metal guitar noise before once again thumping home a monster barrage of groove sludge. Another two minutes in ‘Vile’ slows things down initially and sounds more menacing for it, truly scummy and abrasive loveliness. The guitar sound is huge, you can sense the amps running red hot and vibrating as killer riffs are wrenched from within and the track gains momentum. ‘Vile’ is perhaps one of the more hook laden tracks on offer and a definite highlight.

‘Flat White’ again sees a slower sludgy vibe, with a swaggering punk blues riff lifting the track out of the sonic swamp. You wil have got the impression by now that this is not an ‘easy’ album. It is filthier than a legless dog’s nuts, and it is the way the band balance the almost chaotic episodes of all out noise one minute against earworm melodic moments the next that make this album a thrill to listen to. ‘Bravo’ and ‘Henry Darger’ both lurch offensively from the speaker into my cranium. The latter descends into a dub like bass pattern that sets the scene perfectly for the longest track of the album ‘Intrinsic’ which shifts the dynamic of the album once more. This track uses a minimal and insiduous detuned riff to build up a miasma of sound that takes several minutes to writhe and snake its way to a riotous culmination of noise scuzz. ‘Maryland’ then scuttles forth, urgent and insistent. ‘Depanneur Sun’ and ‘Curtain’ then occupy less than three minutes of the album between them but waste none of this time before ‘Veneer’ closes the album with a track that is half a smeared droning exercise in dissonance and half clattering yet infectious alternative anthem.

In ‘Honey’ I have found an album that bristles and bruises its way onto my system frequently. Lungbutter have forged something here that sounds so grimy whilst also being entirely engaging throughout due to the intelligent dynamics and pacing. A wondrous noisy thing indeed.