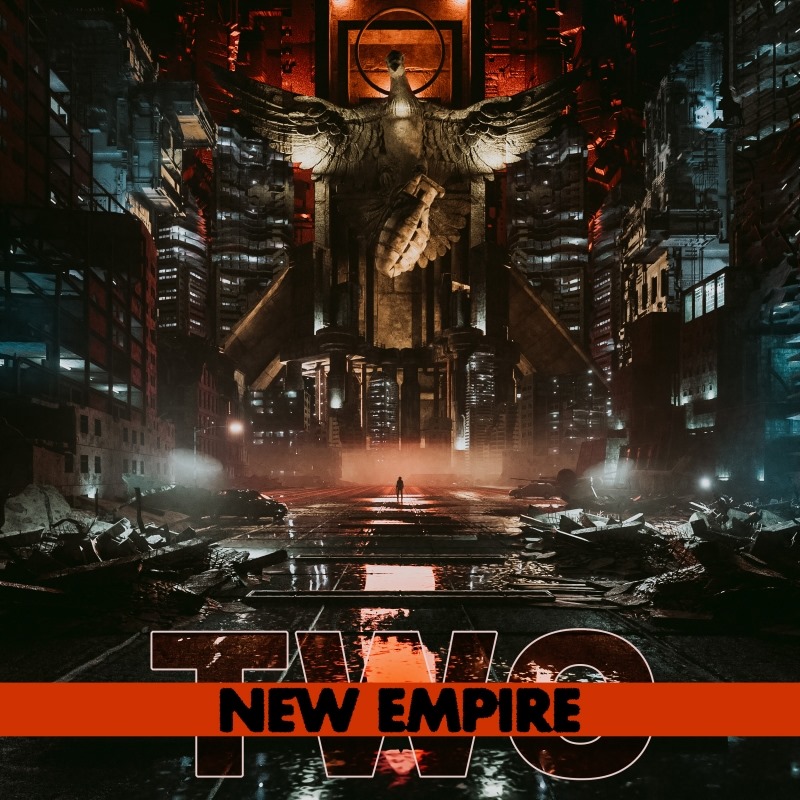 Hollywood Undead have been a personal favourite since I was in my teens, always doing their rounds at parties. This 12-track album, “New Empire – Vol 2”,  is definitely an interest-peaker, as I thoroughly enjoyed their last album. They’re a band that levels themselves between humour and realism, and that is something I have always respected. They have always provided an insight into mental health and gang culture, while also remaining upbeat., and relatively comical. But what do we think of this new record?

The first track “Medicate” is a more harmonious song, touching on themes around drugs. It’s much softer than a standard Hollywood Undead track, and not one I’d necessarily use as an album opener. “Ghost Out” is a notable mention on this album. It has a good beat but brings that seriousness that we know all too well. Out of all the rap-heavy songs on this record, I’d say this is their best.

One song I was particularly excited to listen to on this album was “Heart of a Champion” because it features Papa Roach and Ice Nine Kills. By its chorus I was really into it. There’s a lot of energy in this track, and I can imagine being in the crowd listening to it live. The chorus is really good, but I think it could have potentially packed more of a punch when transitioning from the verses – it has the room for it, and the artists certainly have the capabilities.

One song that stood out to me the most on this record was “Idol”, a bonus track, featuring Ghostkid. It’s very dark, emotive, and has a real punch of metal in there. It was so different from everything else on the album, and instantly became my favourite track. The mix of electronic samples and heavy guitars creates such an intense mood, I could easily do with an entire album just like this.
“Idol” appears on this album twice, with different featured artists. The latter, which features Kurt 92, is also a great song – but I just have a personal preference with the heaviness of Ghostkid’s version.

I have enjoyed the last few albums, but I have felt a distinct lack of some of the golden oldie goodness. Past songs like “War Child” and “Undead”, delving into the Swan Songs and American Tragedy albums, won’t be making much of a comeback. While the new tracks are great, and don’t differ too much in sound, there’s just something in those songs that gets you. Maybe it’s the more levelled humour, whereas the new stuff seems to be a lot more serious.

“New Empire – Vol 2” is a good Hollywood Undead album. It is very solidly them – a safe bet. Not many songs on this record stood out to me in the way that past songs have, but they were still enjoyable nonetheless. One track that definitely did, however, was “Idol” featuring Ghostkid. It was such a fusion of rap and metal, a true example of worlds colliding, in the best way. It had depth, definition, and will certainly be a regular occurrence on my playlist. “Heart of a Champion” was also a great song, but it could have done with a little more oomph when the chorus hit.