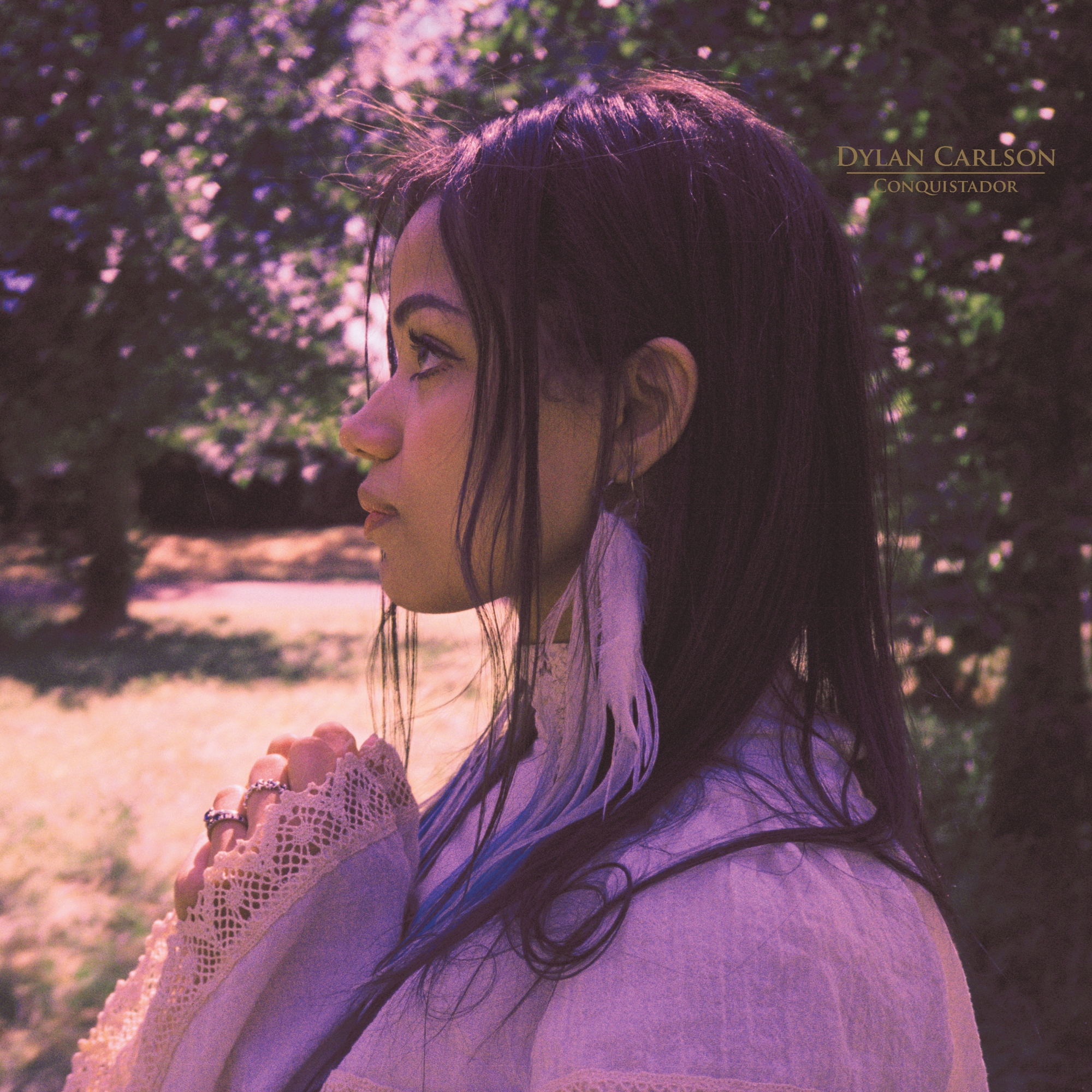 It surprised me that this is the first album Dylan Carlson has released fully in his own name, as legendary as he is. Previous non Earth releases have been through his drcarlsonalbion alias. CONQUISTADOR is released through Sargent House.

Moving away from his exploration of British folklore, CONQUISTADOR is a Spanish American opus. His playing style is immediately recognisable. The 13 minute opening track bears the same title as the album and finds Dylan’s guitar tone restrained and he paints sonic vistas and conjures up audio tumble weed. ‘When The Horses Were Shorn Of Their Hooves’ finds the tones more saturated and overdriven, sizzling and saturating the available space beautifully, restraint exercised to keep the track on course and the sound tidy. ‘And Then The Crows Descended’ is an eerie moment that leads into ‘Scorpions In Their Mouths’ which has an urgency to it. Also using a hotter tones, the riffs cascade and convolute in a manner only Mr Carlson can create. A work comprising 5 compositions, CONQUISTADOR closes with ‘Reaching The Gulf’, symbolising the end of the journey taken across the Americas before returning to Spain. It is the highlight of the album, almost symphonic in tone and rather uplifting. It returns to the lightly overdriven tone of the opener allowing the guitar picking to shine, albeit through a light fuzz and growl. It is all about the guitar here, no rhythm section sets out the structure, the tracks simply travel their journey as they should.

Dylan Carlson is known as one of the planets leading experimental guitarists, but one who uses minimalism and restraint as his tools. CONQUISTADOR continues this ethos though it is a thoroughly engaging and rounded album. Fans should invest and the uninitiated should consider this a strong place to begin an exploration of his body or work away from the expansive and varies body of work of Earth.