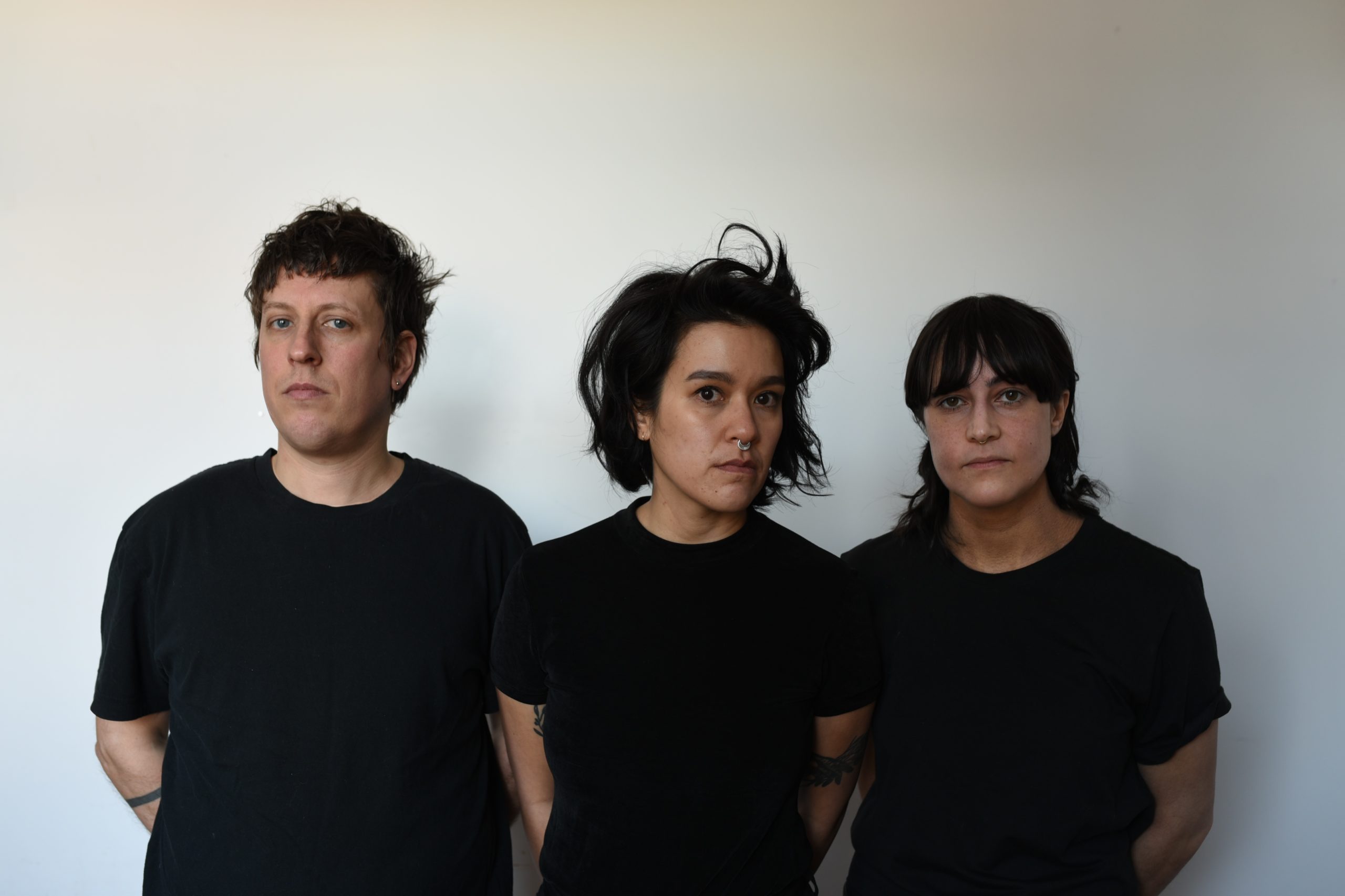 Ah, the stable for leftfield and extreme metal that is Southern Lord have unleashed yet another belter with ‘Vital by BIG | BRAVE. It is the group’s fifth album, though ashamedly I was not overly familiar with their music until this beauty landed in my virtual lap. So, with my unbiased, unprepared yet eager ears, I will dive in and share my thoughts.

BIG | BRAVE began with Robin Wattie and Mathieu Ball, pursuing a minimal folk direction. Over time, the output of the band I suspect has become MUCH louder, though minimalism is still key to the overall ethos of the band. The lineup is completed by drummer Tasy Hudson. Over the course of their existence the band have toured with bands such as Sunn O))), MY DISCO, The Body, Thou, Primitive Man and Thee Silver Mt Zion. This may give you an inkling of the type of sonic emissions the trio create.

The key words are slow, rhythmic and intense. By slow, I mean slowwwww. Not Sunn o))) slow, but the tempos are fairly glacial, and yield immense power. By rhythmic, each song is propelled forward by a battering ram pounding steadily at the listener’s auditory senses. Finally, intensity is indeed the order of the day. The album literally lunges out of the speakers with all the feedback and sparks that no doubt filled the studio where this work was forged.

The contrasts of density and space work to both anchor the album in the bowels of the earth while also letting it soar into the stratosphere.

The album opens with ‘Abating the Incarnation of Matter’, which does not hold back in any way, shape or form. It is a deliciously sludgy barrage of crashing heaviness. The brutal repetitiveness of Swans is called to mind, just in terms of the impact and intent, though I must be clear, the sound is all their own. The production captures not only the players and their instruments, but also the amplification and indeed the very creative process that resulted in the album. The way the feedback and resonance of the amplification is harnessed, controlled and unleashed is a delight to hear. Furthermore, each person is perfectly balanced in the mix, the vocals conveying the passion and energy required to compete with the wall of sound guitars and thunderous percussion.

‘Half Breed’ follows, imposing its heft with spacious yet all consuming chugs. The track has a bluesy feel to it, something akin to the bastard offspring of Led Zeppelin and Sunn o))) with Earth as its godfather. The track is threaded through with passion and anger, the lyrics tackling the subject of racial injustice with the weight it deserves. The agony can be felt oozing through the waves of sculpted sound that insist on wearing the listener down much as factions of society have been worn down for centuries by inequalities. ‘Wited. Still and All…’ shifts focus away from the previous ludgening and lurching assaults in favour of soundscapes crafted from the waves of energy washing forth from string and speaker. This ambience serves well to pave the way for what is yet to come.

‘Of this Ilk’ is just stupendously heavy and unrelenting. The thump thump thump thump, breath, thump thump thump thump, breath is staggering. The riff is filthy, speaker cones must have been trying to rip themselves from the casings, each pause allowing feedback and harmonics to swell and gasp before being consumed once more by the onslaught. The vocal performance is exemplary throughout the album but perhaps is even more stellar on this track, with Wattie’s voice yanking on raw and heartfelt emotional strings. Dynamically the band keep the listener on their toes, an unexpected pause at 4:30 makes the crescendo of the track all the more punishing as the band push their exertions to the limits before, once again, allowing more subdued and minimal tones see the track to its end. The album closes with the title track, the tempo reducing to allow a sense of space and fragility to sneak in. ‘Vital’ begins by evoking the same feeling in me as second phase Earth, though Wattie’s voice again gives the song a bluesy and soulful heart. All tumbleweed and atmosphere, that is until the latter half where the track lurches towards an epic climax. The rhythmic cacophony build and build, being pierced wonderfully by a soaring guitar solo, before both the track and the album yield to silence.

‘Vital’ is an album that will likely astound and test the listener much like it did me. The contrasts of density and space work to both anchor the album in the bowels of the earth while also letting it soar into the stratosphere. It is a punishingly heavy album at times, yet the raw emotion conveyed through both sound and voice also lend it a very human fragility. I consider BIG | BRAVE a very unique proposition in the heavy music world, one that I urge anyone with an ear for the more experimental fringes of heavy music to explore. I will also add that this is definitely an album best enjoyed at high volume, despite the more minimal elements. Such an experience is truly immersive and breathtaking. Digital and CD formats are available now with vinyl to follow in July.