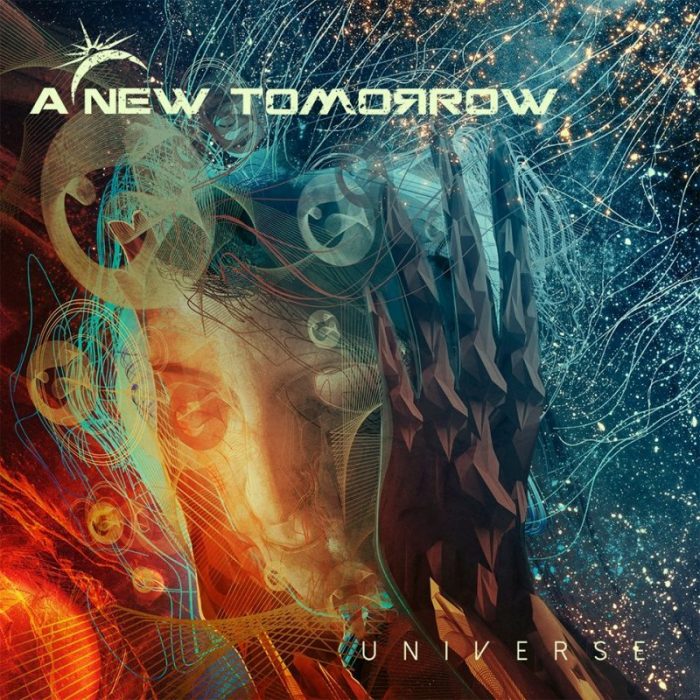 When listening to New Tomorrow’s debut album Universe it is hard to say that Alter Bridge is not one of the band’s main influences. Not only is lead vocalist Alessio Garavello’s powerhouse voice uncannily similar to Myles Kennedy’s, but the flourishing and gravel-tone guitars that light up this album are almost a mirror image of Mark Tremonti’s handiwork. Still, the band succeed in shaping their music into uplifting and intense modern rock.

The multi-layered guitars give A New Tomorrow’s sound a depth that a lot of other bands haven’t achieved, yet they maintain the clarity and individuality of every instrument. For each track, there is always a coming-together of heavy guitar riffs, teamed with an unfaltering legion of drums and lively bass guitar; the band sustain the same high level of musicality until the very last second.

With ‘I Wanna Live’, there is an energetic two-part intro that threads into a rhythmic verse carried by Garavello’s Kennedy-like voice. And with a twang that is almost country-like, he is able to seamlessly reach notes at the very top of his range. ‘A Million Stars’ has an intro that reminds me of Theory of a Deadman’s ‘Drown’, but the energy that A New Tomorrow create in ‘Ignition’ reaches another level for this album. Out of all the tracks on Universe, this is the song that I would want most to see played live. The rhythm guitars are stunningly layered together creating a dulcet and smooth but distorted sound, the drum patterns are crazy, and the bass sustains the band’s amazing down-tuned and deep sound. Paired with the clarity and rich reverb of the lead guitar (this has got to be my favourite guitar solo on the album), the band and its producers have done an amazing job with the track.

Songs like ‘Golden Sands’, ‘Step into The Wild…’ and ‘…Home’ that begin with a more steel-guitar sound have a similar vibe that can be heard in Alter Bridge songs like ‘Blackbird’, ‘Words Darker Than Their Wings’ and ‘Breath Again’. With songs like these, they achieve a more intense and dramatic sound, rather than the wild and energetic rhythms of tracks like ‘Ignition’, ‘I Wanna Live’ and ‘Multitude of Nothing’. Even so, every angle that the band takes is just as good as the last.

All in all, A New Tomorrow drop a powerful debut that is alive with melody, rhythm and heart. Their sound is so thick that I feel like I could sink my teeth into it. Instead, I’ll just have to wait for their next tour!

Highlights: “Ignition”, “I Wanna Live” and “Multitude of Nothing”.

Universe is out now via Frontiers Music and can be purchased here.