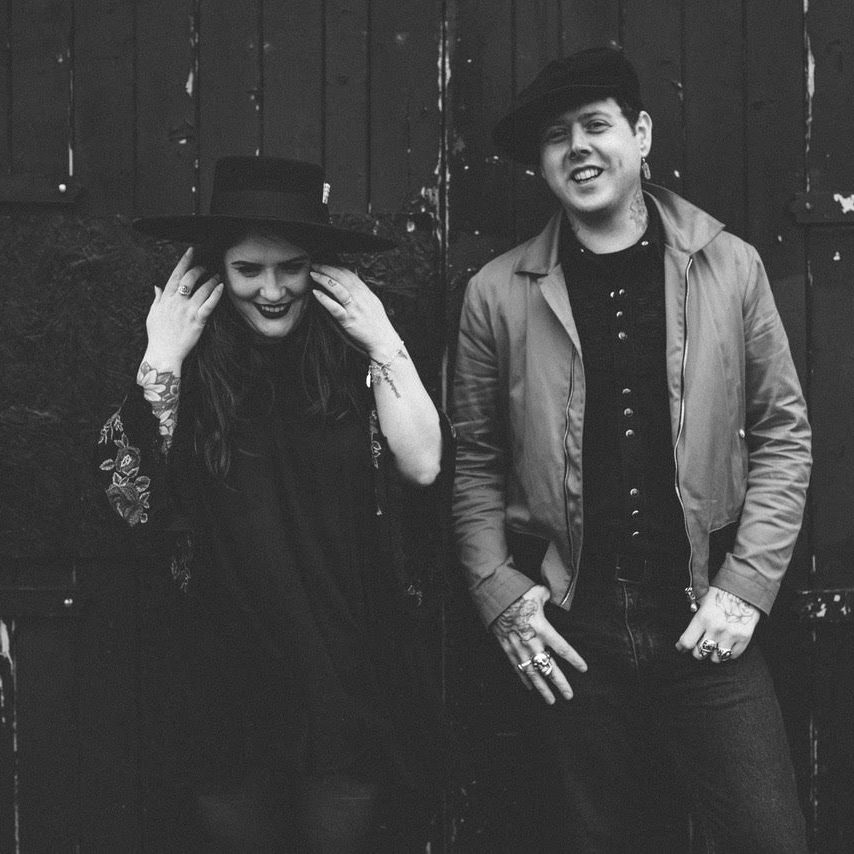 THE NOVA HAWKS
TRACK: ‘VOODOO’
RELEASE DATE: 17th NOVEMBER 2020
The Nova Hawks are set to release their debut single ‘Voodoo’ on the 17th November 2020 from their debut
album which is due out early next year via Frontiers Records.
‘Voodoo’ pulsates with direction and ambition. The track is a slick slice of soulful rock n roll which echoes the
likes of Sheryl Crow and The Black Crowes.
Lead vocalist Heather says:
“Voodoo is a bit of a twist at love and break ups . How we do anything for love but, it’s all a bit mad really. We push and pull
at each other then leave and feel a bit broken for a while. Then we’re alright and wonder “what the hell was that about!?”
I (Heather) have a bit of a fascination with the occult and it‘s underlie in the madness of the mind, so to incorporate those
ideas and the hint of the gospel sound that’s themed throughout the album, voodoo kinda gave life to itself. It was originally
a straight up rock song, guitar solo and big ending however, Rex had this different idea in his head about guitar wailing and
a stomping beat that he truly bought it to life along with Rich Kirk on drums. This took out how dark and sinister it could have
got; which honestly, I took a lot of convincing about! So glad they pushed on and ignored me!!!”
The Nova Hawks are a blues rock n’ roll band formed out of the spiritual home of British guitar music, the black
country.
With Heather on vocals and Rex on guitar duties, they found their collaborative state through their external
influences of current affairs, writing between London, the west midlands, New York and Los Angeles, they
found their way by binding the styles of each location, by adding the roots of British rock, the desert sounds of
California, the rawkus leads of New York City finalised by the smokey ambience of London, spiced up with the
gospel roots of blues.
Combining their past experiences to already draw great interest in the project, the band embarked on
creating a new sound, inspired by old, produced in the modern world, with the help from Jon Moon (Amy
Winehouse, Page & Plant, Rolling Stones, Roger Waters, Stevie Wonder) amongst many more. with guest spots
from the likes of Rob Cores (ex-Black Crowes/Tom Jones) to really bring together their imagination in reality.
The band are currently booked for: viper room, Los Angeles @ April 16th as part of Creation Dream Machine i
Instagram: @thenovahawks
‘Voodoo’ is released on 17th November via Frontiers Records.
Jon Luis Jones – JLJPR – National Press and Radio: Jon Luis Jones – jon@justice-brothers.com / jon@jljpr.com