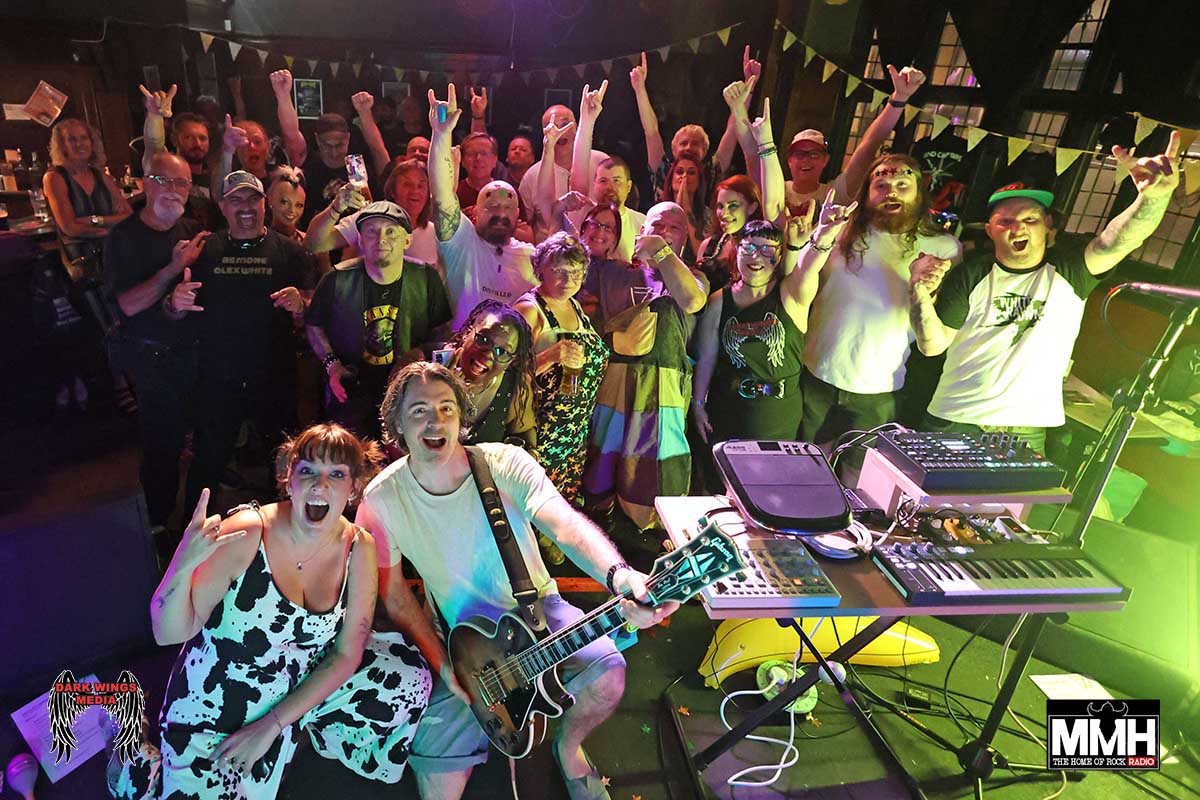 A very hot and sticky night was ready for the launch of Verity Whites new EP Distilled  at the Giffard arms in Wolverhampton. Husband and wife Alex and Verity White are a powerful musical combination and a night of banter and bubbles awaits

Bringing out her bubble machine Verity asked if “everyone wants to get messy” and they launched into Another Angle – from the brand new EP Distilled and then played Zeroes & One from their Breaking Out album.  Verity has such a powerful voice that not only the Giffard Arms but most of Wolverhampton was filled with her sound.

Inside Your  Love  was next followed by the first song of their new EP – Just Try It – however this was preceded by Verity doing her, now, traditional thing of writing on Greg’s – their number one fan – head, but this didn’t work as the pen stopped working due to the sweat on his baldpate. Then into another new song Broken Promises.

The banter between Verity and the audience is a major part of their on stage shinanegins, which gets a little fruity at times but all done in the best possible taste.

Next was the title track of their 2017 album Breaking Out and straight into A Little Bit Of Trouble. They were in full swing now and they continued with back-to back songs from the new EP Distilled – In Me, then  A Thousand Times, a stunning duet between Verity and Alex who was on saxophone, then Road To Nowhere. However, Road To Nowhere had a stuttering start and had to be restarted – which is understandable when you are introducing new material.

A fantastic ep launch in a room that can only be described as an oven.