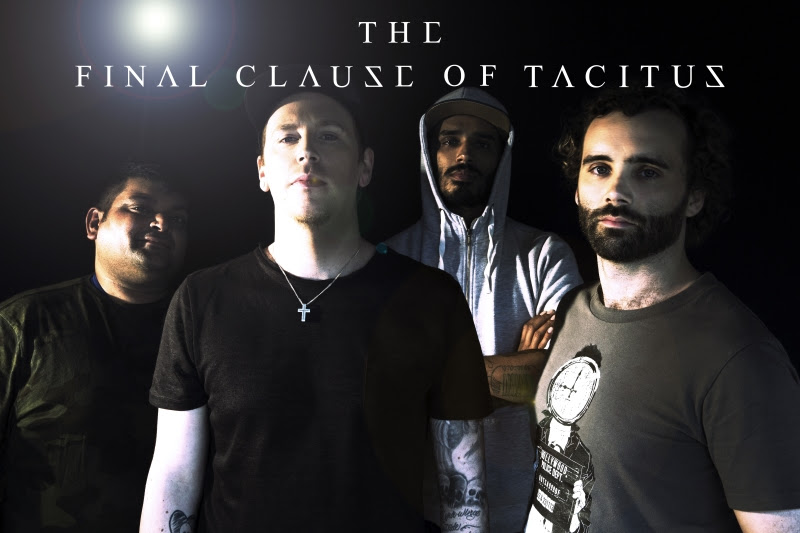 Finishing off what has been a hugely successful year on a high, Reading’s genre-melding quartet The Final Clause Of Tacitus have unveiled one of the year’s most awesome music videos for their single “7 Years”.

Paying homage to the days of side scrolling video games of years gone by, the video for 7 Years is likely to evoke great memories for many that see it. The video shows TFCOT band members Matt, Tom, Andy and Daryl on a quest to progress through several levels to bring back “The Funk”, encountering many evil monsters along the way. But the boys let nothing stand in their path, as you’ll be able to see for yourselves by checking out the video below:

7 Years is the final single to be taken from The Final Clause Of Tacitus’ debut breakthrough EP Peace In Chaos, which was released at the start of 2017 to considerable acclaim. More information about Peace In Chaos can be found here:

Praise for Peace In Chaos:

“For a debut EP, this is a bold and assured effort” – Kerrang Magazine

“Allow it to weave its tough, nasty, boot shaking magic and you’ll be wishing it could be longer” – Powerplay Magazine

“The Final Clause of Tacitus have offered us some ear sex. It is dirty, fast, angry, and exactly what’s needed on a Monday morning. A great band to look out for and Peace in Chaos is a very an enjoyable EP.” – Moshville Times

“The Reading rockers have managed to make one of the most accomplished debuts of recent times by paying tribute to some of the genre’s greatest acts while simultaneously succeeding in spawning something that sounds decidedly distinct and dexterous.” – 5 / 5 – Pure M Zine

“‘Peace in Chaos’ is one bass slapping, guitar screaming, get your funk on EP” – Ignite Music Mag

About The Final Clause Of Tacitus

Formed at the beginning of 2016, The Final Clause Of Tacitus is the union of four like minded people who got together through a desire to make a statement with their music. The latest band to emerge from the productive Reading music scene of the last decade, The Final Clause Of Tacitus have proved extremely adept at combining elements of multiple sounds into something fresh and relevant for 2017.

In their first year of gigging they have already started making a name for themselves with their explosive energetic performances, which saw them gaining support slots for such acts as ‘Crazytown’, ‘Electric Six’, ‘Hed P.E’, ‘DJ Lethal’ and the ‘Kamikaze Test Pilots’, and also being invited to play the Skindred after party.

Following the release of their debut EP Peace In Chaos, The Final Clause Of Tacitus have spent the bulk of 2017 playing as many shows as possible, picking up new admirers wherever they have played.

Having put down a huge initial marker in 2017, The Final Clause Of Tacitus will be taking things to the next level in 2018. They invite you to come with them, and raise hell along the way.