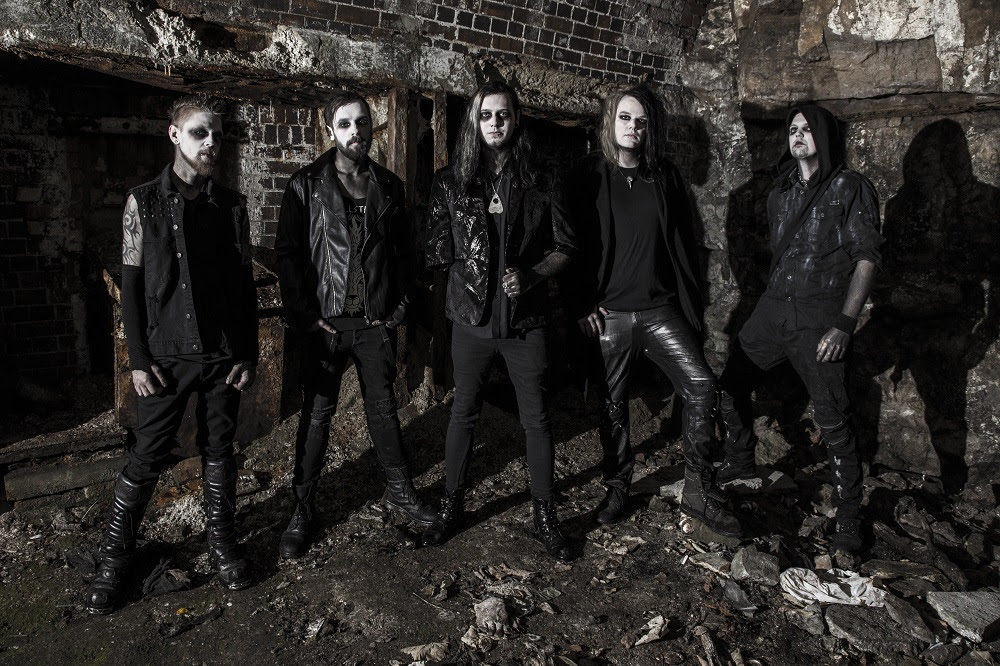 Having successfully unleashed their second album, ‘Dark Days‘ on the world last month, Manchester metallers The Dead XIII are proud to release the title track from the album. Accompanying ‘Dark Days’ is a haunting video, that speaks of the struggles we can all face, while trying to find our own way through our lives.

The Dead XIII explain about the single and video:

“Dark Days is the title track from our new album. The song is about fighting through the darkness within to reach the light. Choosing the path you want to lead and living the life you want to live.
The video is about the struggle with the darkness that controls us, manifesting itself in our minds through fear and anger. Making us fight to embrace the darkness to find the light.”

The single is available now from retailers such as iTunes, Spotify and Amazon.

Catch The Dead XIII at any of the dates below, which includes joining Misfits legend Doyle on tour:

The album ‘Dark Days’ received critical acclaim across the rock and metal media, following the same pattern of The Dead XIII’s debut Catacombs, released in 2015. Recorded at the prestigious Hellfire Studios, Dark Days sees the focus on more psychological horrors.
You can buy and stream Dark Days from iTunes, Spotify and Amazon, physical copies can be purchased directly from the band.
About The Dead XIII

Having exploded onto the North West UK’s music scene in 2013, The Dead XIII came to national attention in the Summer of 2015 with their debut full length album Catacombs being acclaimed by both fans and the UK rock music press.

Since then, they have headlined or taken part in numerous highly successful tours with bands such as Doyle from The Misfits, Farewell, My Love, Ashestoangels and Griever just to name a few. The Summer of 2017 saw them invited to headline the Indomitus Stage at Scotland’s Wildfire Festival, as well as an appearance at Macmillan Festival in Nottingham. Most recently, The Dead XIII headlined The Bloodlines Tour with City Of Ashes across the UK, culminating in a traditional Halloween show in their hometown of Manchester.

Praise for ‘Dark Days’
Harshly-distorted guitars, graveyard vocals and dark-lustrous synths…
…the songs burrow in to your ears like grave worms….
…Horror sequels can be hit or miss, but this still rams the blade home.
KERRANG!
It’s actually astonishing to think that this is an album from an unsigned band…Great hooks, menacing vocals and rhythm aplenty Dark Days has a sound that proves the future of metal is in safe hands.
Devolution
What The Dead XIII have a knack for is making something dark, but also making it very catchy indeed – and the kind of catchy that grabs you on the first listen
Moshville Times

This album burns up like a ball of fire….
…All we can say is listen to this album, you will not be disappointed. At all. – Down The Front Media