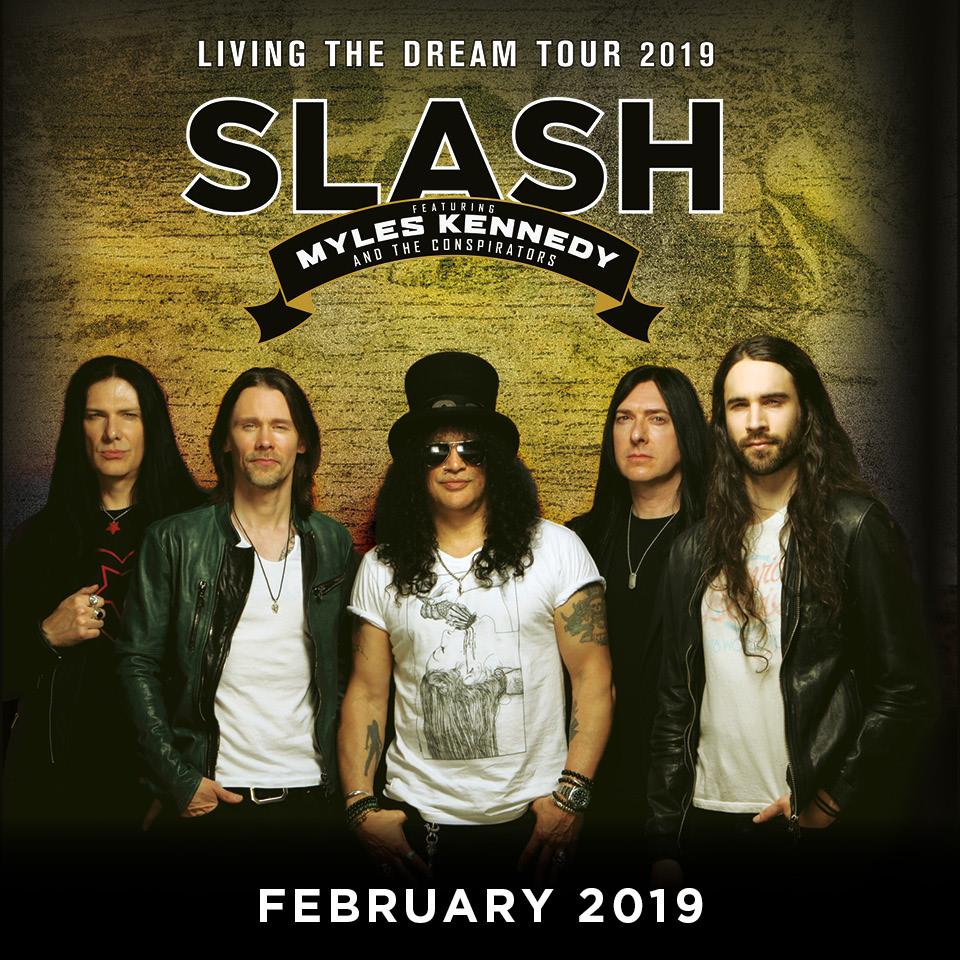 Slash will return to the UK along with Myles Kennedy & The Conspirators as part of a European tour.

The tour will take the group across the UK playing 4 dates following the release of the bands brand new studio album ‘Living The Dream’. The September releasing album will feature 12 tracks from the band and include previously hear singles such as “Driving Rain” and “Mind Your Manners”.

Tickets can be found at Planet Rock from the 19th of September with support acts to be announced.

Exact dates can be seen below: