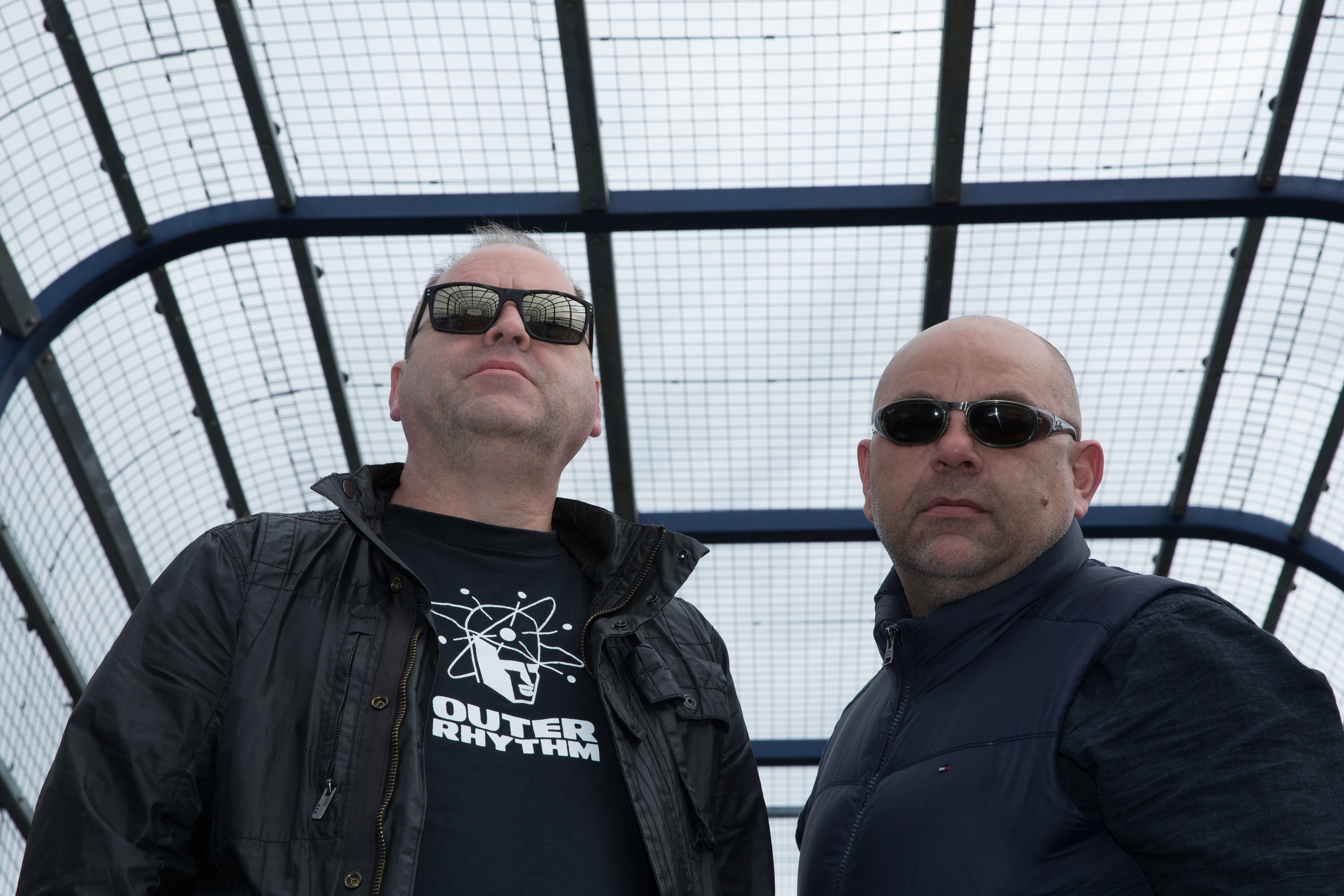 It seems strange to say that this is only album number two from Empirion, considering their origins way back in 1993, but here it is, ‘Resume’, the follow up to ‘Advance Technology’. For the uninitiated, Empirion are a duo of Austin Morsley and Jamie Smart (originally a trio but Bob Glennie sadly passed away). Born out of the UK rave scene they whipped up a storm with their harder edged take on acid, rave, techno, trip hop and so on. They are perhaps best known for their slamming dance floor remix of the Prodigy’s Firestarter, but in earnest they have a solid following on the strength of their own material, a following that are just as eager for a new record decades on from Empirion mark one.

They are here once more and this album gives plenty for today’s listener to wrap their ears around.

Kicking off with the title track, we are treated to a highly atmospheric and effective build up, paving the way for a surprisingly mid tempo track. This is not a criticism, I just expected Empirion to come out of the gates with all high tempo guns blazing and I’m glad they didn’t ‘Resume’ instead has a degree of power and swagger working hand in hand with the atmospherics, bleeps and sweeps. Track one morphs seamlessly into track two ‘S.E.T.i.’, which continues with an old school feel, firmly embracing their origins in the 90s dance scene without sounding at all tired and derivative.

‘They’re In My Dreams’ kicks in next, more muscular and insistent, like classic Nitzer Ebb with more focus on the instrumentation and less on the vocals. ‘Red Noise’ follows, one of the tracks that served as an announcement of their return, and I retain my view that the track is stylish, yet restrained. More seamless transitions pave the way for more quality electronica, ‘Too Many Masters Part 2’ once more plunders the 90s sound while sprinkling some up to date magic over it, while ‘Stepper’ is exactly what I want Empirion to sound like both then and now, sharp, insistent, and full of cutting synth squelches and filtered goodness.

‘Sideswipe’ likewise thrills over it’s nearly 8 minute duration, with nods and hints of Front 242, FLA and Cubanate to be heard, a reminder of why Empirion appeal to a crossover of industrial and dance consumers. ‘Lock It Down’ exceeds 8 minutes and does so with an even higher tempo and I can see dancefloors heaving in my mind as the hordes lose themselves to the rhythm. The retro feel is back with ‘I Am Electronic’, complete with vocoded voices and trip hop breaks. This is followed by new single ‘A.D.S.R.’, another track that shows that Empirion do not need breakneck speed to instigate body movement. It has a groove and another neat vocoder hook, and a massive percussive rhythm to hammer it all home. No one can argue with a song title like ‘Hate The Hate’, and it is with this that Empirion choose to close down their return to album format. It is a track that neatly sums up where Empirion are at. And where is that?

Empirion have made an album which does not seek to shed the origins and influences of the band, but instead embraces them. Yet rather than sounding entirely retro, ‘Resume’ sounds full of vigour and excitement. The production provides a throbbing, kicking and cutting mix while the instrumentation is complex as to give depth to the sound. Vocals and voices where present provide an additional edge. I can still hear Future Sound Of London and Fluke in the mix, giving me the old school feels, but I can also tell you that this album feels in the present, much in the same way that Front Line Assembly continue to sounds fresh and relevant with every release. More than anything else, I hear Empirion. They are here once more and this album gives plenty for today’s listener to wrap their ears around.