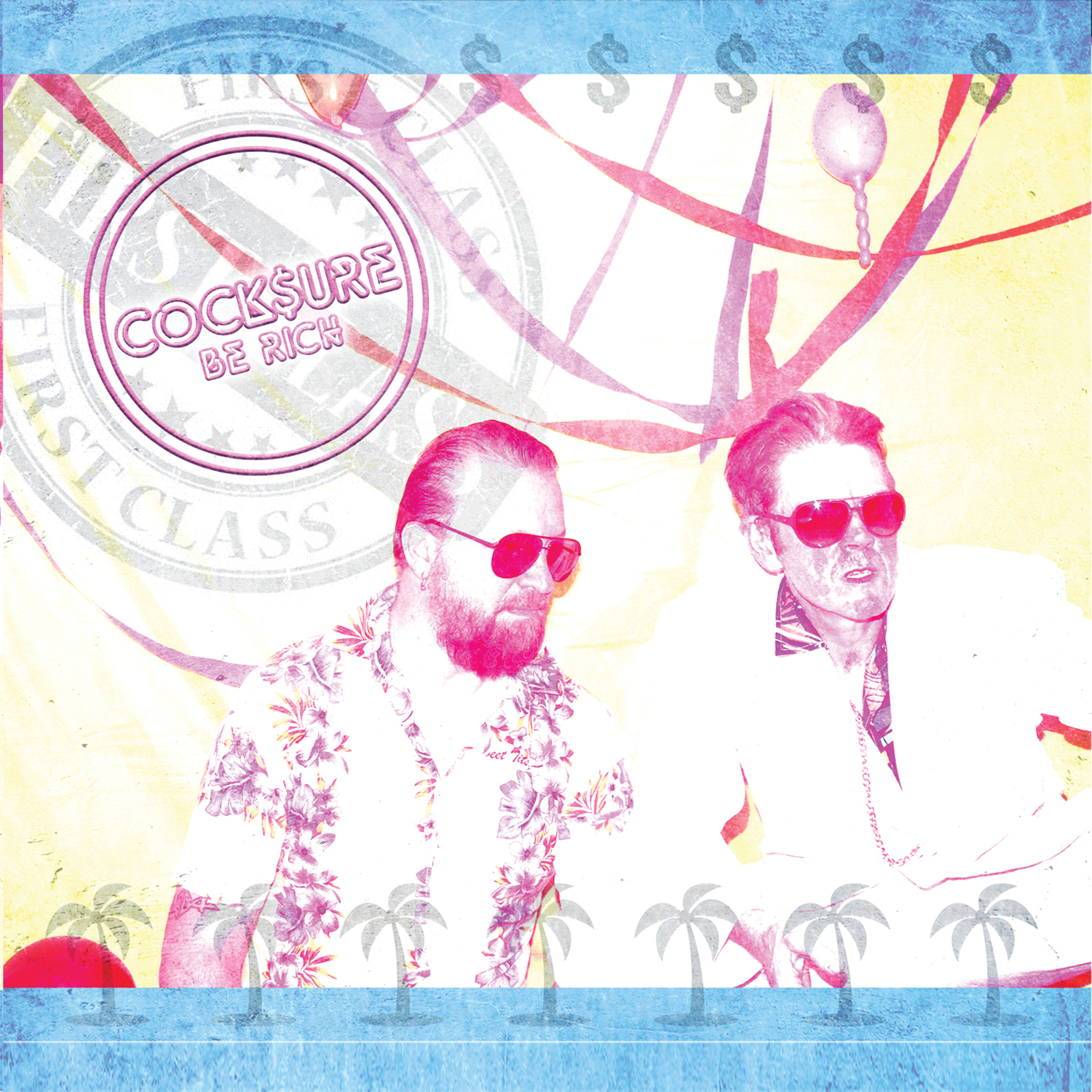 Cocksure, the purist’s evolution of classic Revolting Cocks and Wax Trax era alternative electronics return with a new album ‘Be Rich’. For the rudely oblivious, Cocksure is two people.  Chris Connelly, who sharpened his teeth, claws and whit from his beginnings with Finitribe in 1984 and throughout a journey that reads like a who’s who of industrial music, and his partner in grime for Cocksure is Jason Novak who is no slouch with a history including Acumen Nation and Acucrack. Novak is also the man behind the Cold Waves festival. Cocksure then, were an exciting prospect when they unexpectedly entered my world in 2014, and I feared that the first EP and album might be one offs. However I needn’t have feared. To say that Cocksure have matured over the course of their releases doesn’t quite sound right. To me it is more like they have become leaner, meaner and increasingly pleased with their flexing musical muscle.

‘The Finisher’ is ironically the starter, blast from the past Wax Trax style beats coupled with Connelly’s deftly delivered vocal are cool enough but when that bass line comes in, the quality is raised further still, a strong opener for (cock)sure. ‘Teezer Hell’ also has a wiff of the past, starting with a lower tempo atmospheric drive not dissimilar to earlier Skinny Puppy before a frankly rude bassline launches at the listener and lodges hooks in eardrums, made further hazardous by the double quick kick snare. I may sound like I’m dwelling on the retro but this is vital sounding stuff.

‘Yellow Dog’ is next, a swelling synth pad luring you in, sounding just a little like a Lynchian flourish from the recent Twin Peaks reprisal. Then of course things get funky in the Cocksure way. ‘Baby, Just You, Me and the Dark Web’ whacks you in a different way, courtesy of a break up there with Pitchshifter’s best, a throbbing synth bass line, and oodles of filth. ‘Surgical Waste Repo Party’ and ‘Lotto Lout’ continue the combined assault of classic industrial battalions and new millennial cynicism side swipes, the latter lacing the mix with metallic guitar slabs. The alluring ‘Sexy D.A.’ is next, taking time to build up via a playful 4/4 beat to to another strong and swinging chorus. The album closes with ‘Shockroach’ which crawls insidiously out of the speakers, dragging its bass heavy belly across the floor accumulating sonic detritus as it goes.

With album number three, Cocksure deliver a solid entry in their catalogue, not needing to reinvent the wheel when the characters involved had a lot to do with carving out the original industrial stone wheel. That said, this isn’t a tired nod to past glories, this is a vital and, most importantly, filthy piece of music, fuelled with dark energy and riddled with dark humour. Basslines are as catchy as fuck, as good as anything the pair have summoned up under any of their previous guises, Connelly’s vocals swagger and strut with menace and wry whit alongside some savage yet infection rhythms while the whole mix is glues together with shed loads of filthy noise. The dynamic shifts effectively throughout ‘Be Rich’, a (cock)sure sign of the competent composition and arrangement skill you would expect from the pedigree of this terrible twosome. This makes listening a pleasure, one that I will revisit often I suspect. Recommended for anyone with a fondness for the glory days of industrial music but I would urge anyone with a penchant for filthy funky dirty driven music to give Cocksure a spin, you won’t regret it.