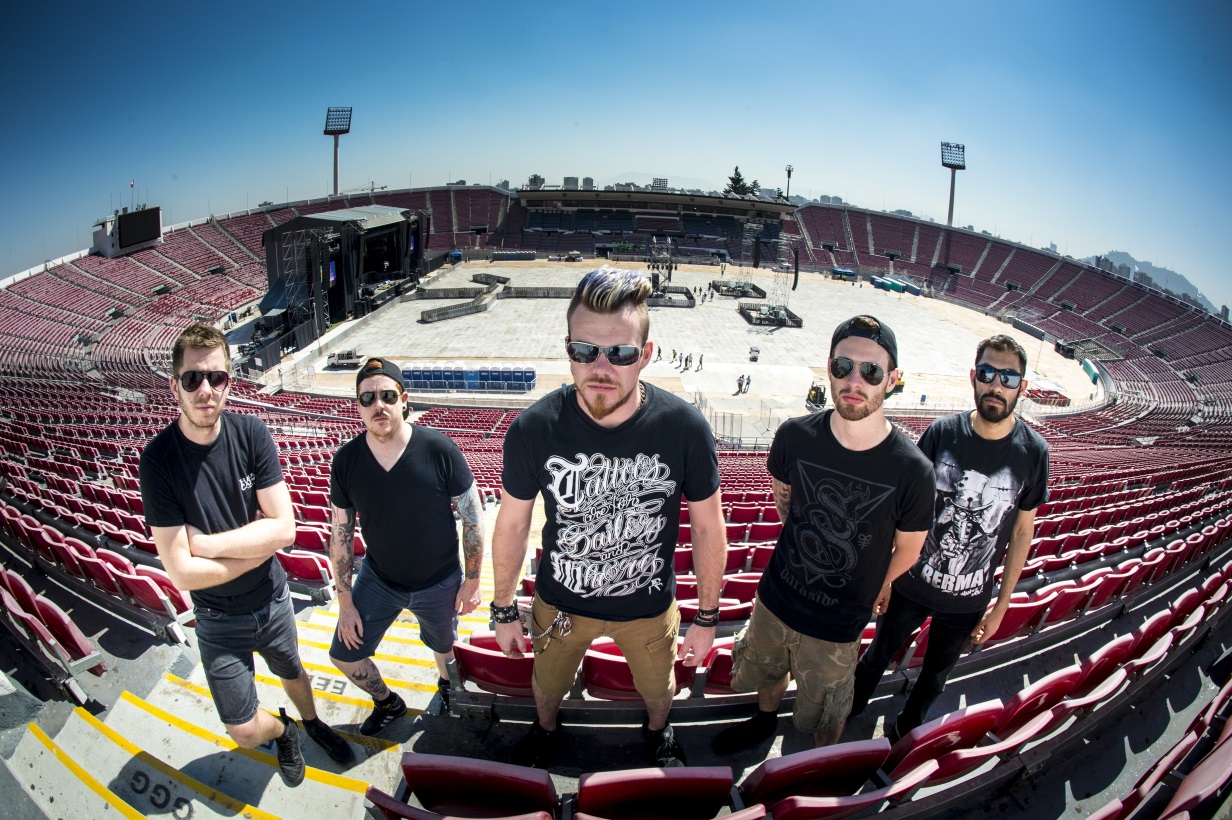 With their first ever headlining UK tour all set to kick off next month, homegrown headbangers THE RAVEN AGE are pleased to share a brand new lyric video for their song, ‘My Revenge’. The track is taken from the band’s latest album, ‘Darkness Will Rise’, released in March by BMG.
Founder/guitarist George Harris elaborates, ‘My Revenge is probably the heaviest and darkest track on the album. When we were recording it we wanted to try out a scream vocal effect to make the intro as dark as possible and to get the aggression across for those particular lyrics. As none of us were able to do it we got Tony Maue in for the screams. He did a great job and we kept in touch… It was only a few months later that he ended up being our new guitarist!’
Watch the lyric video at:

In other news, THE RAVEN AGE can confirm that support at all English dates comes from hotly-tipped London group IN SEARCH OF SUN. Signed to Spinefarm Records, the five piece recently dropped brand new song, ‘Say It Like You See It’. Investigate further at: www.facebook.com/insearchofsunmusic/. Their new album, ‘Virgin Funk Mother’ drops Oct 20, just in time for the tour!

Catch all the lads at:

To see worldwide tour dates and snap up tickets visit: www.theravenage.com/tour.
Earlier this Summer, THE RAVEN AGE founders George Harris & Dan Wright joined the Heavy Metal Truants – an intrepid team of cyclists raising money for charities Nordoff Robbins, Teenage Cancer Trust, and Childline. The Truants cycle from London to Derbyshire’s Download Festival, covering 164 miles in 3 days, as well as hosting an auction for rock memorabilia. We’re pleased to say that the team raised £131,500 this year (which brought the Truants 5-year total to £469,000). Many thanks for your generous donations to George & Dan! You can learn more about the Truants at www.heavymetaltruants.com.
For more info on The Raven Age, please visit www.theravenage.com.