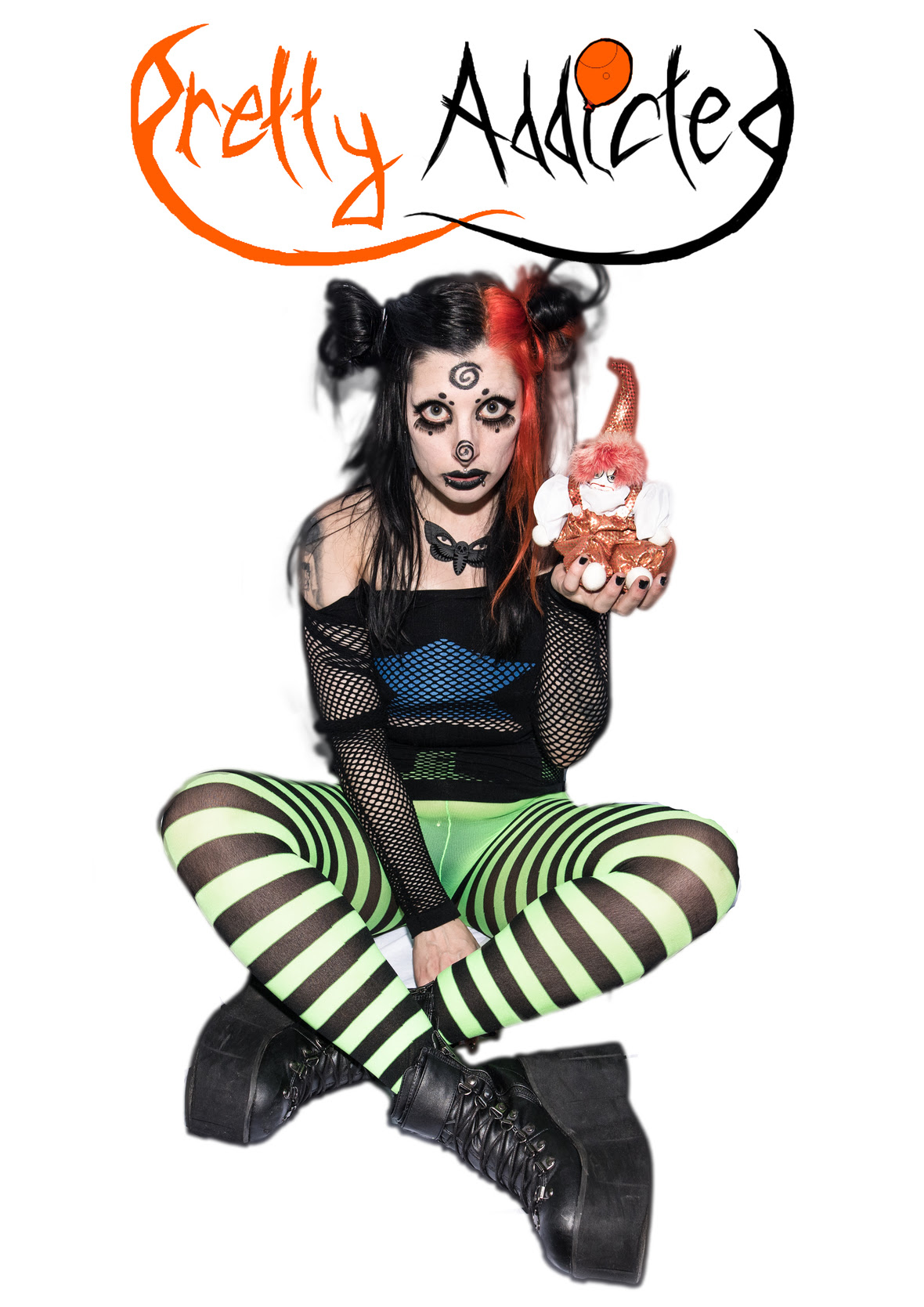 “If Marilyn Manson did 90’s rave music, I like to think it’d sound something like Pretty Addicted” – Vicious

Pretty Addicted is a Dance-Punk project from the upside down mind of Goth Clown Vicious Precious (who is the sole songwriter and frontwoman).

It’s hard to put Pretty Addicted into any one genre as there are influences from punk, dance, trance and metal that creates a really unique sound; one that can’t really be put in a genre box. This makes Pretty Addicted really exciting to watch!

Vicious performs with a live band and they have always stood out with their high-energy, outlandish and often controversial live shows; people often saying they were both “terrified and aroused”(!) with Kerrang Magazine describing Vicious as a “pint-sized hurricane”.

Their mantra is; “We come. We fuck shit up. We leave.” and BOY DO THEY!