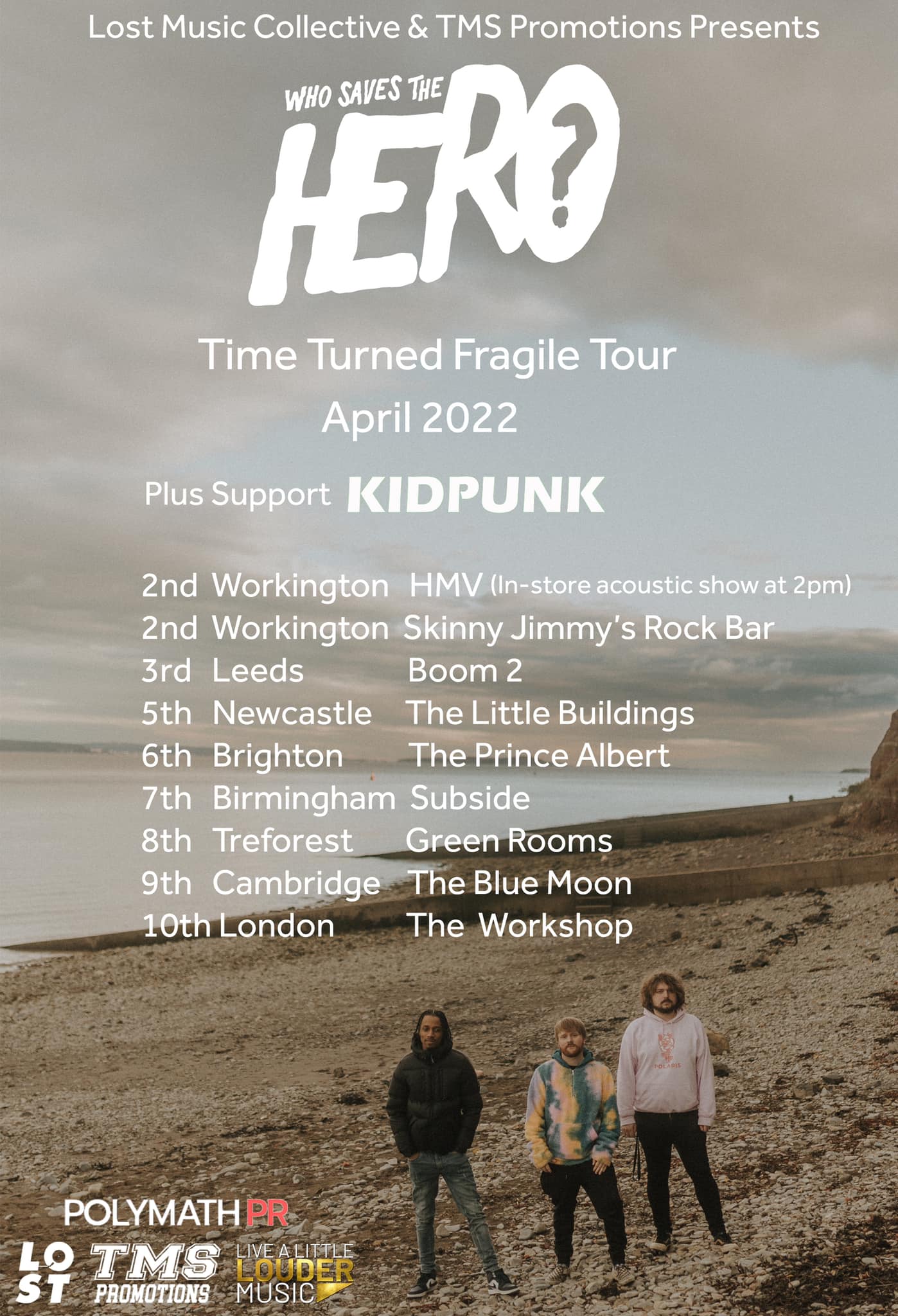 ‘Give It Everything’ Is Taken From New EP “Time Turns Fragile”!

South Wales’ pop punk trio Who Saves The Hero? have released a clip for their new video ‘Give It Everything’ from their latest EP “Time Turns Fragile”, which was released on February 25th through Lost Music Collective, the label owned and operated by former Less Than Jake drummer Vinnie Fiorello.

Frontman Josh Frederick had this to say on the song:

“‘Give It Everything’ is a song that’s written about “giving it everything” in life. In this case about the band. When this song was written the band wasn’t in the best of places and this is what brought this track to life. Sitting there thinking about the positive things that the band had accomplished over the years it sparked the title ‘Give It Everything’ then the track was born.”

The band are currently out on tour across the UK, and dates can be found here:

WSTH? offer up a fusion of throwback nostalgia and modern pop sensibilities, in a showdown of old vs. new.

Drawing influence from all eras of pop punk, Who Saves The Hero? are proud to adopt their own style of the popular genre, Whilst favouring a classic throwback sound. Their live show and sound comprise of infectious and energetic hooks infused with sunny guitar work and rhythmic breakdowns accompanied by catchy choruses and plenty of energy, always leaving any fan of the genre wanting more.

Who Saves The Hero? have extensively toured mainland UK, playing headline shows and sharing the stage with the likes of fellow Pop Punk heavyweights Kids in Glass Houses, Handguns, Failsafe, Destine, Forever Came Calling, (SPONGE) and Junior to name just a few. It’s the bands hard graft that secured them an invitation to play the San Diego date on the last ever cross-country Vans Warped Tour in 2018 along with several other shows on the west coast.