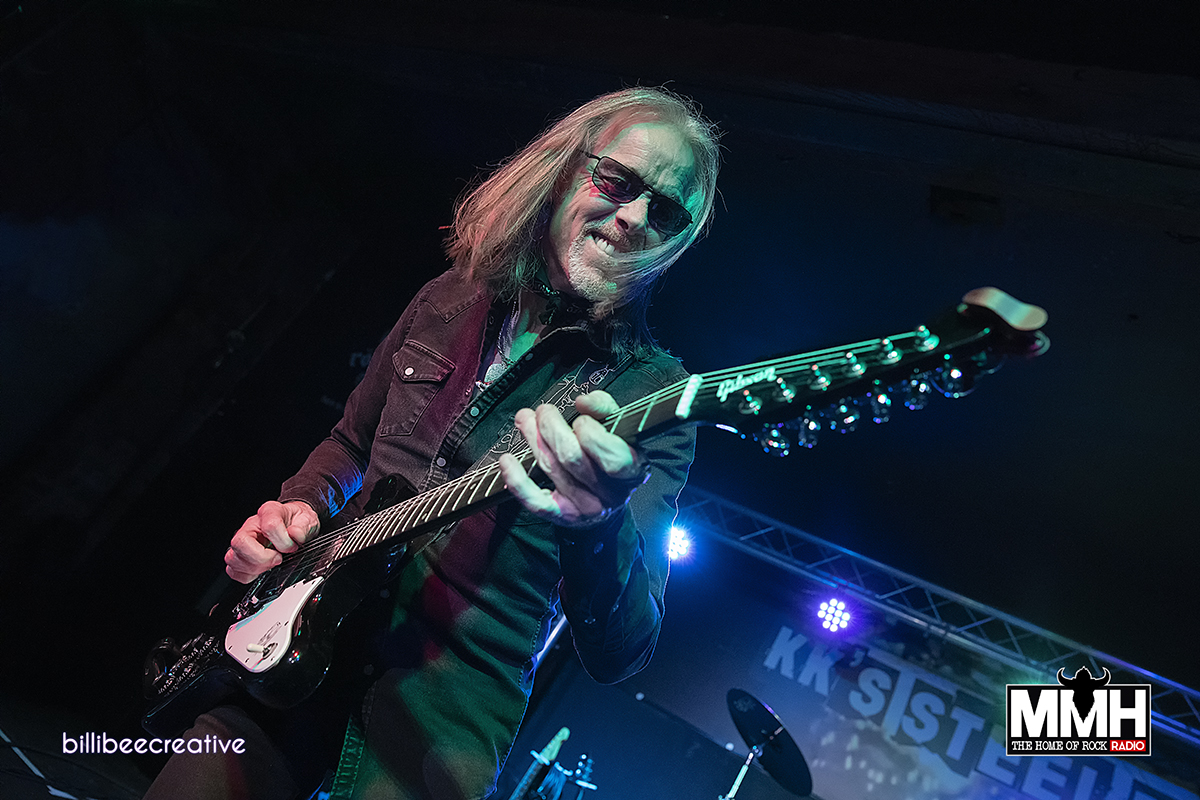 It’s St Patricks Day and who better to have in the locality than “The Professor” Pat McManus and his band, Paul Faloon and Plunkett McComb.

With No Favors having opened up for Pat McManus in Stoke, there was no hesitation in bringing them along for KK’s  and considering it was only Dani Rankin’s second gig with them they gave the audience a polished set all but for a tekkie with one of the amp heads but they carried on regardless.

Then it was Pat time.  What can one say?  Pat had everyone eating out of his hand.  We watched his live streams during Covid and here he is at KK’s Steel Mill tonight.   Pat and the band led a moderate crowd through a back catalogue of Mama Boys and Pat’s own tunes including What’s Goin’ On, Needle in the Grove, Juggernaut and also provided a very moving rendition of Parisienne Walkways and more off his latest album “Full Service Resumed”, Doomsday Clock, Honey Trap and Stone Cold Sober for just over 2 hours.  The famous Pat smile never left his face nor did it for Paul or Plunkett, they were so happy touring again as we were seeing them.  The encore included a surprise …. Ali Clinton!    Pat and Ali go back a long way and he joined the band on stage for the last couple of a songs including a version of Neil Young’s Rockin’ in the Free World.

It was an excellent evening at KK’s……. come back soon Pat.