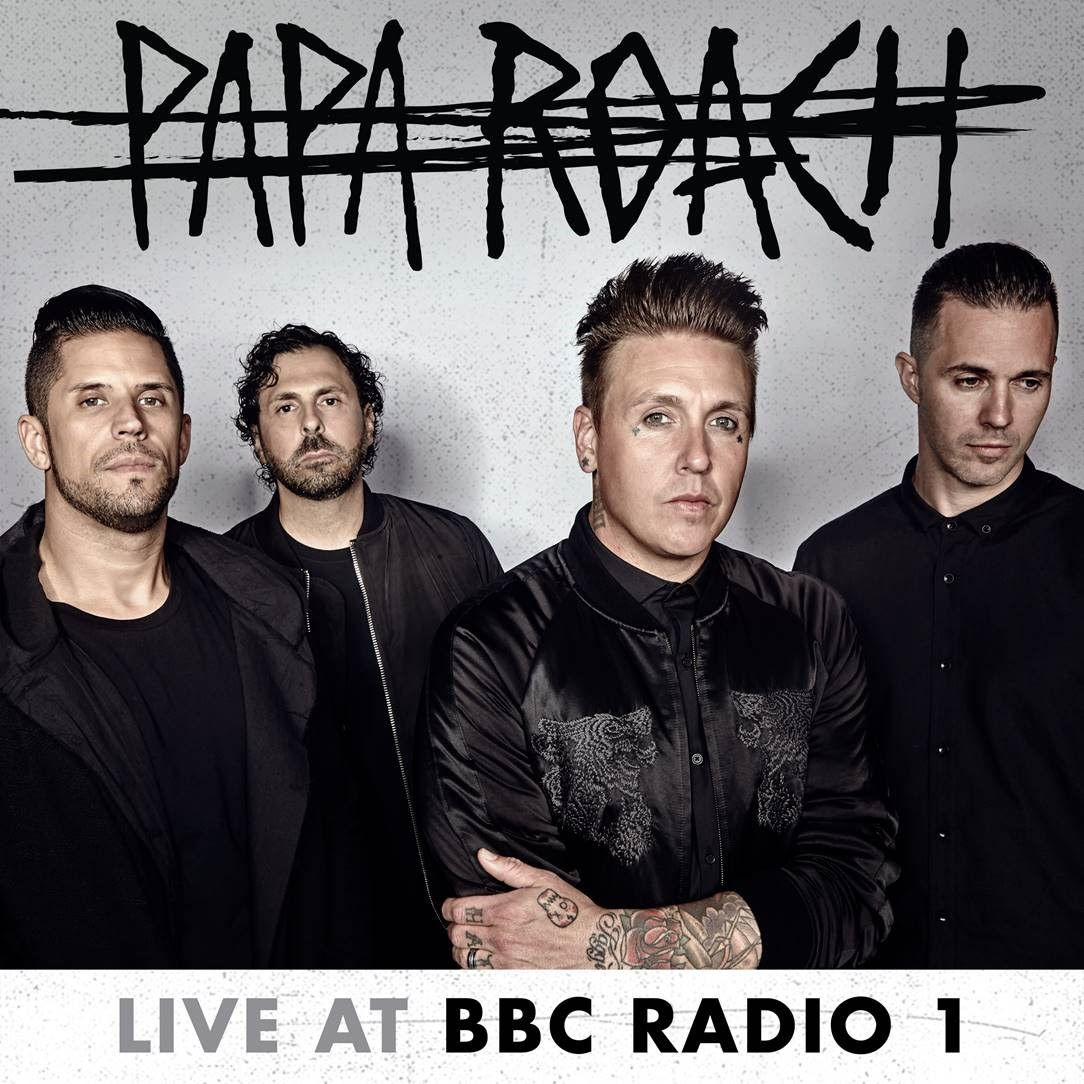 BAND ON TOUR IN THE UK NOW!

Following the release of ‘Crooked Teeth’  which scored  them their 4thconsecutive Top 20 entry in the UK, PAPA ROACH are celebrating their most successful album for years with the release of their rip roaring live session on Daniel P Carter’s BBC Radio 1’s Rock Show earlier this year via Spotify.Recorded at BBC Maida Vale Studios, and then broadcast on BBC Radio 1 and subsequently available on demand on BBC IPlayer, the ‘Live At BBC Radio 1’EP contains the tracks ‘Born For Greatness’, ‘Periscope’, ‘American Dreams’,  and their generation defining track ‘Last Resort’.

PAPA ROACH’s official video for ‘Periscope’, the moody ballad featuring singer/songwriter Skylar Grey – HERE has already racked up over 3 Million views and 10 million streams.  It has been embraced by Radio 2, 6music, Virgin (where it was Record of The Week), Planet Rock (B List) and  A list Kerrang (A list). The video was directed by the award-winning Uprising Creative (Rihanna, Justin Timberlake, Big Sean, Lil Jon) who cited the inspiration for the video was “to create a moody, different look for the band using a stylistic light exploration”.

Their track “HELP” which was initially  premiered by Radio 1’s Daniel P. Carter as his ‘Rockest Record’ has taken on a life of its own, proving to be the biggest success for the band in the past 15 years with over 12 million You Tube views, and 25 Million streams.

“Crooked Teeth” has accumulated over 80 million spotify streams since its release.

The band are back touring the UK for the first time in two years starting on October 5th in Birmingham.  Singer Jacoby Shaddix said “We’re really excited to get back to the UK after such a long time.  Everytime we play the audience keeps getting bigger and more passionate each time.  We can’t wait to play this new music live.”

PAPA ROACH’s last visit to the UK saw them celebrate the 15th anniversary of their album ‘Infest’ by playing it in full to a crammed London’s Roundhouse.  Kerrang were impressed with “the ecstatic crowd reaction”  in their 5K review whilst Metal Hammer thought they were ‘the most consistently relevant and on-point survivors of the nu-metal era” in their 9/10 review.

Tickets are on sale HERE.