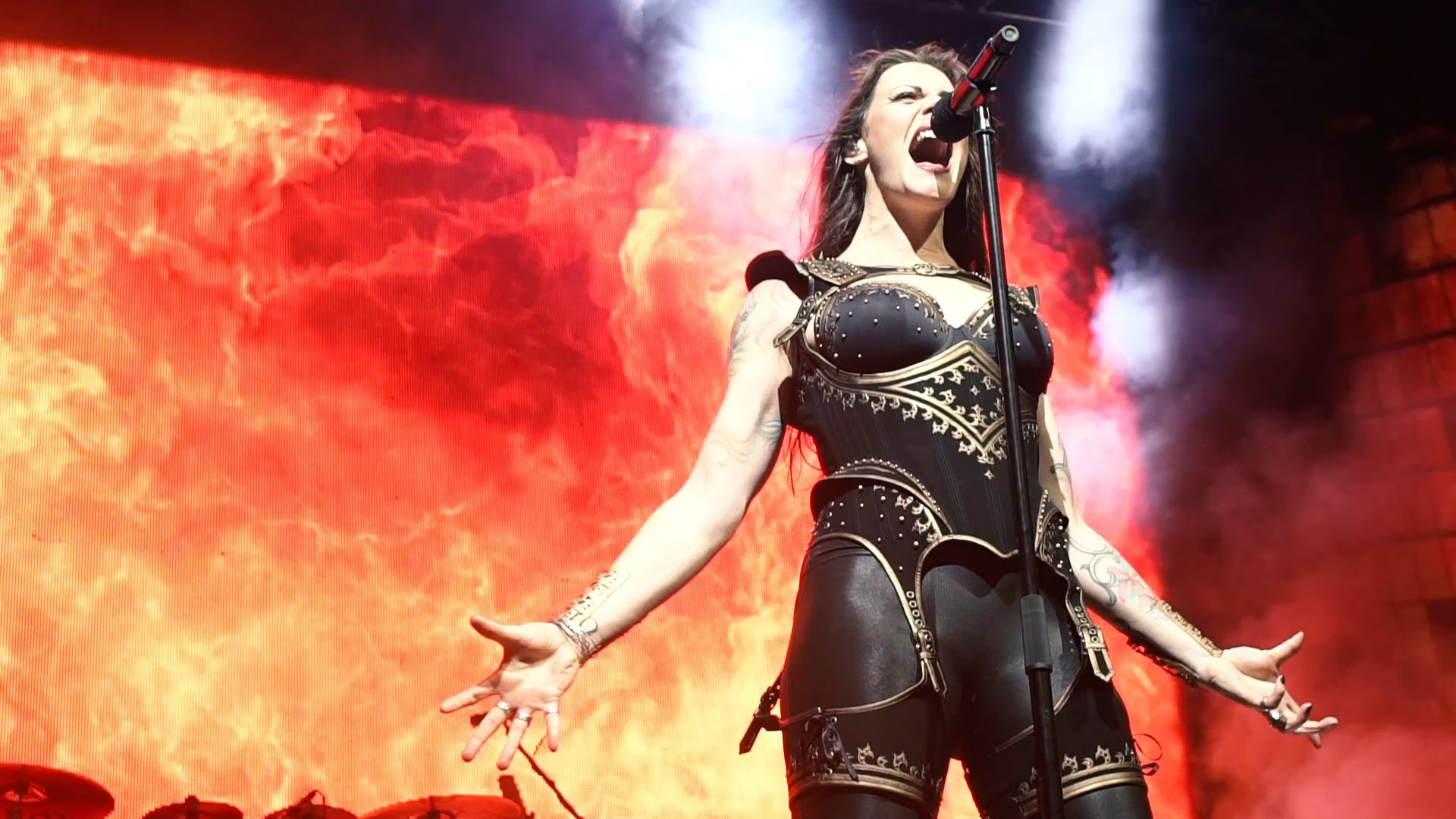 NIGHTWISH recently announced their new live release ‘Decades: Live In Buenos Aires’, which is due to be released on December 6th as: BluRay Digibook, 2CD Digipak, BluRay+2CD Earbook, 3LP.
Pre-order your copy here: https://nblast.de/Nightwish-LiveInBA
Or at the NIGHTWISH webshop: shop.nightwish.com

Today, NIGHTWISH have released the first single and video for ‘Devil And The Deep Dark Ocean‘. Watch the live video here:

Get the song digitally here:

‘Decades: Live In Buenos Aires’ is the upcoming divine new live release from Finland’s finest – captured by 19 cameras at the Estadio Malvinas in Buenos Aires on Sunday, September 30th 2018, on an extraordinary night in Argentina. NIGHTWISH came out to the rousing ‘End Of All Hope’ and took their bow to the unmatched epic ‘Ghost Love Score’. In between saw a set filled with pure trailblazing Finnish glory – incorporating distinguished tracks ‘Wish I had an Angel’, ‘Sacrament of Wilderness’, ‘Elvenpath’, ‘Devil & the Deep Dark Ocean’, ‘Dead Boy’s Poem’ and many more…the show achieved nothing less than taking an important snapshot of the band during yet another pinnacle of their career, celebrated by one of the world’s most enthusiastic crowds in a city like no other. It was pure magic.

Released back in 2018, ‘Decades’ was so much more than a run-of-the-mill best-of. This comprehensive chronology of the band’s first two decades not only marked the band’s 20th anniversary; it was also the end of yet another era in the stellar career of Finland’s internationally most successful group. The consequent tour, too, was so much more than a regular anniversary run; from March 9th to December 15th 2018, the seventh NIGHTWISH world tour enthralled 82 cities across Europe, North America and South America – armed with a once-in-a-lifetime set-list.

NIGHTWISH are also proud to be returning to Europe on their upcoming 2020 world tour – with tickets on sale now! With a string of new dates announced earlier this week, the band had previously announced a show in Amsterdam – which sold more than 15,000 tickets in just a few days – swiftly followed up by an additional show at the same venue, alongside shows in Russia, Belarus and the Ukraine. Now infamous for their unique songwriting, visual stage designs and pyro effects, Finnish symphonic metal heroes NIGHTWISH promise to take their audience on a spectacular audiovisual journey once again.

NIGHTWISH are currently working on a new studio album, due in 2020.

The tracklists of ‘Decades: Live In Buenos Aires’ read as follows: