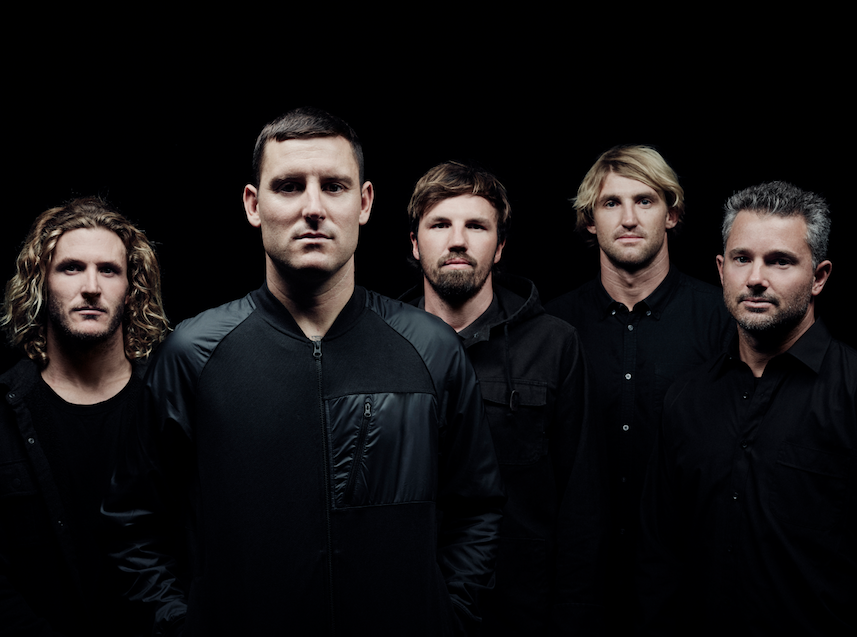 Reverence, the sixth studio album from Australian metal band Parkway Drive, is available in stores and on streaming services today. Reverence is the most sonically adventurous and emotionally intense effort yet from the Byron Bay-based five-piece.

Produced by longtime Parkway Drive sound engineer George Hadjichristou, Reverencearrives as the follow-up to 2015’s IRE—Parkway Drive’s most hugely successful album to date and a major force in boosting their ever-growing worldwide following. In addition to broadening the band’s sonic palette, Reverence offers up some of Parkway Drive’s most devastating songs yet.

Listen to Reverence at Spotify now:

The tone and pace of much of this album is eerily reminiscent of the album [Black Album] that turned Metallica into the biggest metal band of them all” – Metal Hammer, UK (8/10)

“Reverence is the floodgates opening and drowning everything in sight” – Upset, UK (5/5)

“With Reverence Parkway Drive confirm their status as metalcore’s hit machine, and continue their journey to the top!“ – Metal Hammer, DE (Album of the Month)

“No one will be unmoved by the fireworks that Parkway Drive ignite with ‘Wishing Wells’, and keep going until the last notes of ‘The Colour of Leaving’” – Visions, DE (Beauty of the Month)

“’Reverence’ another great record. Parkway Drive does what they are supposed to do – they bring innovation to the metalcore genre” – Rock Tribune, BE (8.5/10)

Globally praised for their powerful live show, Parkway Drive will return to Europe and the U.K. in June. See the full list of European tour dates below.

Along with McCall, Parkway Drive features guitarists Luke Kilpatrick and Jeff Ling, bassist Jia O’Connor, and drummer Ben Gordon.  Formed in Byron Bay in 2002, the band has released five studio albums, all on Epitaph: Killing with a Smile (2005), Horizons (2007), Deep Blue (2010), Atlas (2012), and IRE (2015).With all five albums certified gold in Australia, Parkway Drive have also released two platinum-selling DVDs (2012’s Home is for the Heartless and 2009’s Parkway Drive: The DVD).