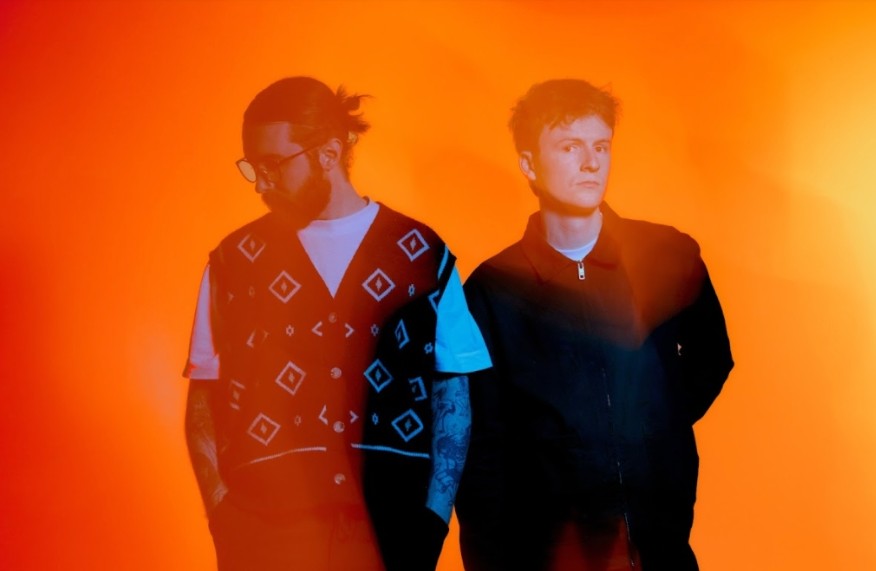 Bristol, UK- Superlove have today released their debut album ‘Colours’ via Rude Records, co-produced by the band themselves.

Their journey leading into this record has seen them balancing all their musical interests, going door-to-door, like a music-hungry goldilocks entering rooms that are blasting everything from jazz lounge music to blistering rock and pulsating EDM. Then you discover Superlove, who combine it all in perfect harmony.

Wonderland magazine stated “listeners can be expect to be swept off their feet and into the bands indie-tinged soundscape upon first listen” and Rock Sound called them “Infectiously lovely”.

“Its one big celebration of music,” says Jacob. “Each song is completely different,” he grins. “We love pop, we love indie, we love heavy music. We adore every genre we’ve covered. We wouldn’t be able to do it with confidence if we weren’t really into it”

Listen to single ‘Save Yourselves’

or watch the John Carpenter inspired video from cult movie classic “They Live” below:

‘Colours’ is every part an album made by people who grew up in a world of MP3 players, illegal downloads and trading songs with friends in the playground via infrared. Eclectic but never claustrophobic, it sees Superlove doing whatever they want, regardless of genre and combining those lyrical emotions with the notion of the colours that go with them.

It’s not just the sonics that have finally fallen into place on ‘Colours’. Lyrically, Superlove have really opened themselves up on this record.

Their debut covers social media burnout, Gen Z confusion, mental health and fractured relationships. “When we started, we’d just turned twenty and wanted to have fun. Because of how special the band felt though, we knew we needed to talk about things that meant something on this album. We wanted to say something important, while trying to be as positive as possible.”

‘Save Yourselves’ was written during the 2019 UK election, when social media was flooded with political discourse, warnings about climate change and cancel culture fallout. “Everything felt so bizarre, and so over the top,” says Jacob, who wanted to provide a getaway for himself and others. ‘Yours’ is an acoustic-guitar led moment of reflection (“every great album needs a slow song”) that sees Rice singing about his girlfriend. “As soon as we met, I knew she was the one,” he explains.

Elsewhere there’s the comforting indie rock of ‘Baby Bird’, the otherworldy auto-tuned escape of ‘The Most Important Place In The World’ and ‘wanna luv u’ which flirts with hyperpop, EDM, djent and samples Super Mario and viral Youtube clips.

“We also want to push the boundaries of what a band can be. Just because you’re a rock group, it doesn’t mean every track has to have a riff with distorted guitars. You can do absolutely anything you want.”

Maybe I could tell you

The Most Important Place In The World

If You Could, Would You?

The band will play London next week:

The album ‘Colours’ is out now on Rude Records