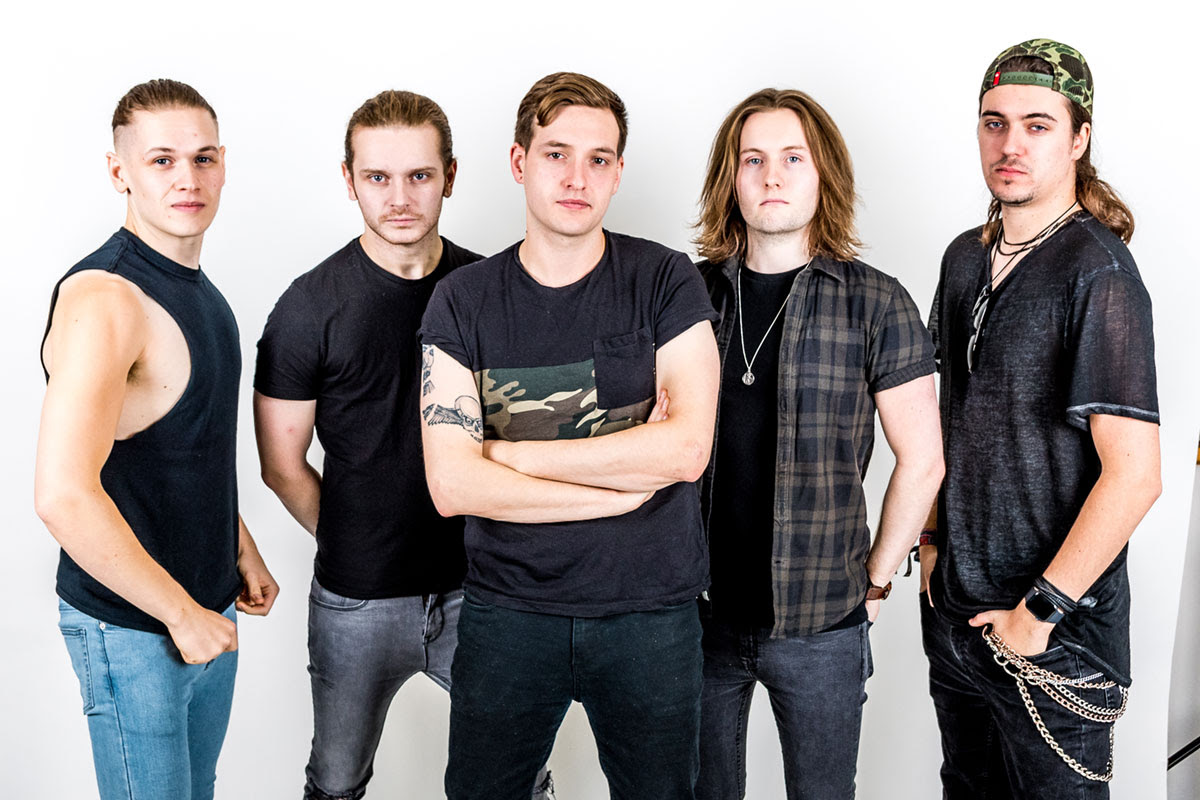 Mason Hill, one of the UK’s most exciting new young rock bands are thrilled to announce their first release in over 2 years. The band, having recently agreed to part ways with Frontiers Records, are embarking on an exciting new chapter that will propel them into 2019.

Their new self-released single “Hold On” will be available digitally in November, fans can hear it live when Mason Hill hit the road for their forthcoming UK tour with The Dan Reed Network. The run of dates commences November 7th and winds up with what is sure to be a full throttle, high energy performance on the Planet Rockstock main stage, December 1st 2018.

Recorded at Riverside Studios near Glasgow, the “Hold On” single is mixed by Brian Sperber of Electric Lady Studio in New York (Ozzy, Alter Bridge, 3 Doors Down, Patti Smith) and is the first new track to herald the band’s new sound and album scheduled for 2019.

Lead vocalist Scott Taylor commented:
“We are acutely aware of the demand from fans for new material. We know it’s overdue, the fans want it, the band want it, and we will be driving forward in 2019. We’re thrilled that Brian Sperber has agreed to work with us on the single and we couldn’t be more excited about how the track sounds. It’s total, balls-out Mason Hill!”

Ahead of the new track, you can fill your rock cravings by immersing yourself in their previously released single, “Now You See Me” below:

About Mason Hill
With an average age of 25, this new Scottish band were the winners of the 2016 Hard Rock Hell Highway To Hell award. They are now on a rapid upward curve having supported Inglorious, Airbourne and Gun, as well as festival appearances at Download, Planet Rockstock, TRNSMT and Steelhouse, not to mention their sold-out shows at The Cathouse, The Garage and King Tuts.

Rave reviews followed the May 2018 sold-out show at King Tuts:

“Ladies and gentlemen – Mason Hill are back with fire in their belly. This group of high achievers carry the pressure of early success but as they take to the stage to the intro tape, it is obvious they have class and confidence…” (Down The Front Media)

“There are few up and coming acts in Scotland that have made a notable impression as swiftly as Glasgow rockers Mason Hill. They have grown in popularity and garnered an insane following like nothing else” (SMS, Scotland)

“Mason Hill never disappoint, in fact, they always take it to the next level every time you see them” (Jace Media)