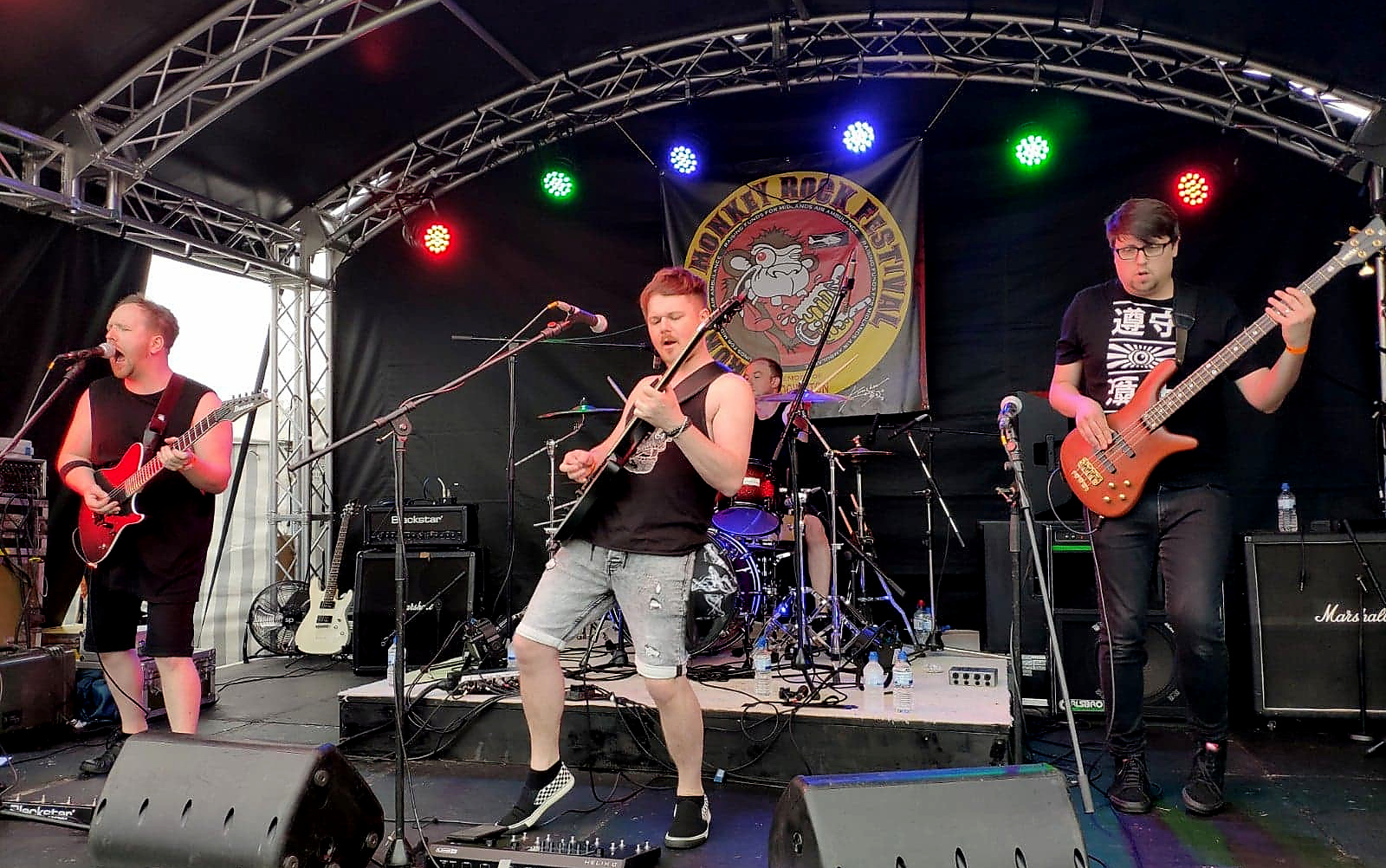 All Photos copyright to Linda Parker (Rock Till You Drop Photography)

Listen to the interview with Life Against time, from The Drunken Monkey Rock Festival, Worcestershire
Chatted to the band about Band life, Music etc

Life Against Time are a four-piece melodic heavy band from Worcestershire. Combining the brutal attack of modern metal with traditional soaring choruses and cinematic ambience, the band write timeless music for the modern age.
With a sound somewhere between Architects and Radiohead, the band are soon to release their debut EP following three standalone singles; “What You Have”, “Surrender” and “Broken Love Song”.
Live shows are delivered at full throttle by a band that cares about its listeners and wants to lift them above the mundane. Having already played venues such as the O2 Academy Birmingham and played festival slots such as HOPFest supporting Oceans Ate Alaska, Life Against Time continue on their mission to reach more ears in 2019.