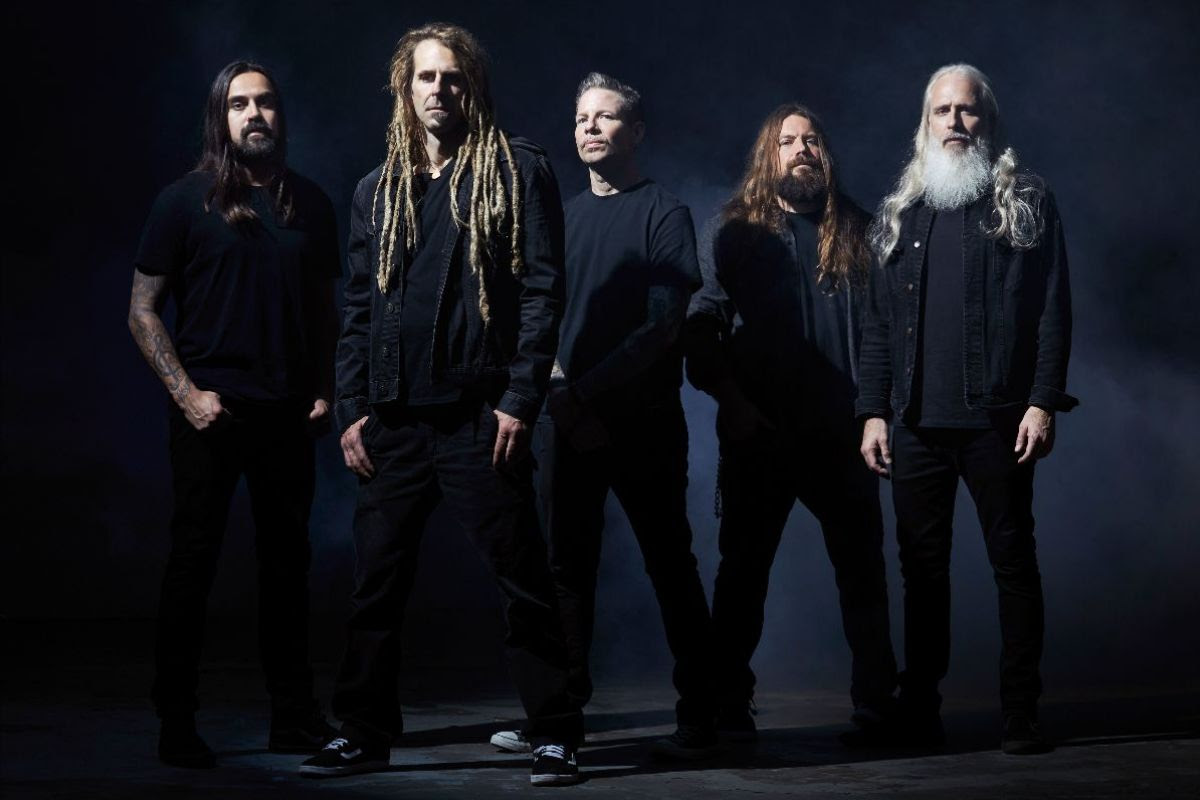 Powerhouse groove metallers LAMB OF GOD are set to release their new self-titled album on June 19th. In a trailer released today, guitarist Mark Morton discusses the recently released single ‘New Colossal Hate’ and how it came together. Find out more, here:

The new album is the band’s first release in five years and the first to feature new drummer Art Cruz. Pre-order Lamb Of God on a variety of formats, here: nblast.de/LOG-LambOfGod

Watch and listen to ‘Checkmate’ here:

A true collaboration between all members of the band, LAMB OF GOD’s eighth studio album is an amalgam of each individual’s contributions, blended to create a singular style. Guitarists Mark Morton and Willie Adler fuel the album with a mountain of riffs, taking what LAMB OF GOD are known for, and unbelievably, upping the ante to new levels. The rhythm section of John Campbell, looming large as a rhythmic shadow, and drummer Art Cruz, who makes his studio debut with LAMB OF GOD here on this record, underpin the proceedings with passion, sweat and expansive dynamics. Vocalist D. Randall Blythe is as angry, insightful, and informed as ever. Never one to shrink from facing the darker aspects of our nature head-on, Blythe delivers with no punches pulled, and as only he and LAMB OF GOD can in 2020.

In the midst of writing the ten songs that appear on LAMB OF GOD, the group hit pause on the works-in-progress to man the stage as main support SLAYER’s ‘The Final Campaign’. After months of playing their best-known songs nightly, LAMB OF GOD returned to the new tracks and began to work with longtime producer Josh Wilbur (KORN, MEGADETH, GOJIRA, TRIVIUM). Special guests Jamey Jasta (HATEBREED) and Chuck Billy (TESTAMENT) also make appearances on the album.

ICYMI:
Mark Morton discusses ‘Checkmate’ and how it all came together:

Mark Morton discusses where the album was recorded and who produced it:

The Richmond, Virginia, quintet propelled heavy metal into the new millennium two decades ago with the prophetically titled New American Gospel. They followed with 2003’s As The Palaces Burn, which made the Rolling Stone list of the Top 100 Greatest Metal Albums of All Time. Ashes Of The Wake, released in 2004, was the first LAMB OF GOLD album to be certified gold by the RIAA, as was 2006’s Sacrament, which also made a Top 10 Billboard 200 chart debut. In 2009, LAMB OF GOD released Wrath, their first with Wilbur as producer, and earned the number one album spot on Billboard’s Hard Rock, Rock, and Tastemaker charts, with a number two position on the Billboard 200.

Those number one positions were repeated with 2012’s Resolution, which swung effortlessly between thrash, traditional metal, sludgy doom, with flashes of crust punk swagger and bravado. LAMB OF GOD’slast album, VII: Sturm und Drang (2015) made its debut on the Billboard 200 at number three and finished number 2 in the world charts, reaching Top 5 in five countries and six addition Top 15 positions.

In 2020, LAMB OF GOD is re-energized and unrelenting, ready to lay claim to the metal throne.