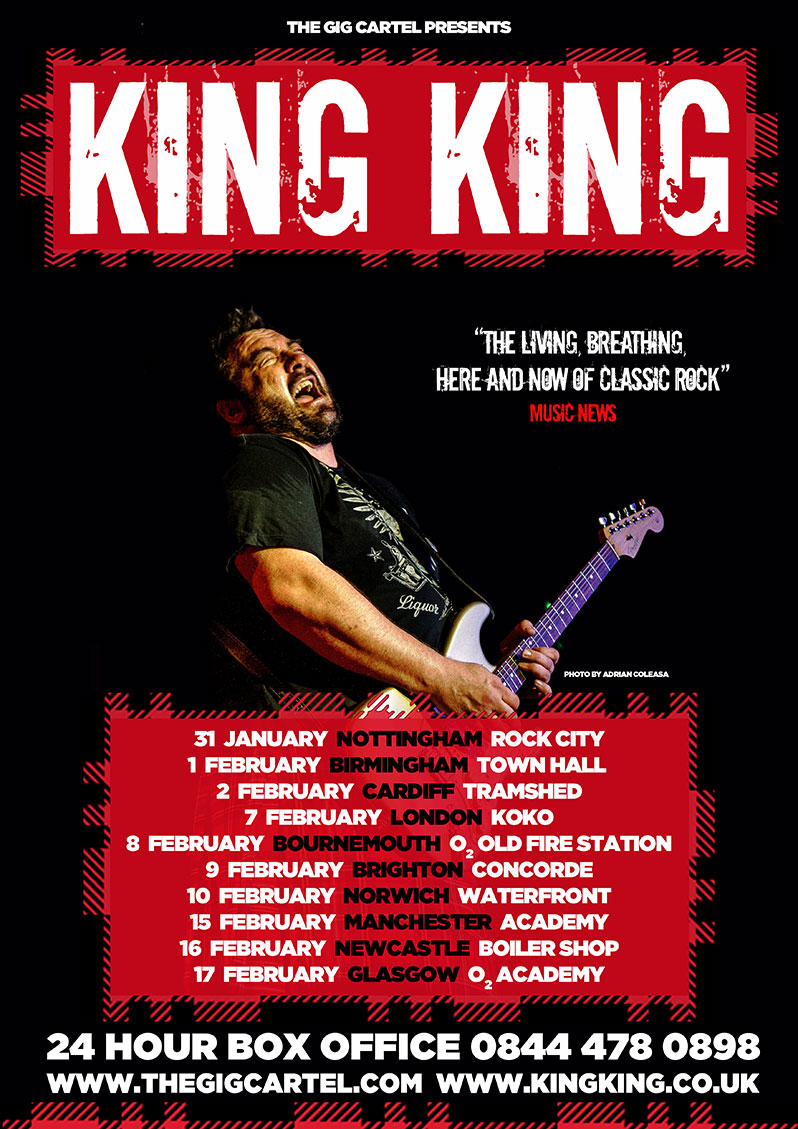 Currently, on tour on the continent with Europe, King King is thrilled to announce their January/February 2019 UK Tour. Planet Rock will run a 48-hour ticket pre-sale from Wednesday 26th September. Tickets will then go on general sale from Friday 28th September. The 10-date tour will take in amongst others, Nottingham Rock City (January 31), London Koko (February 7) and Glasgow O2 Academy (February 17).

Having played over 20 festivals this summer, last week the band finished the UK leg of their special guest slot on Europe’s Tour The Earth European 2018 tour and are currently touring the mainland leg of the tour.

On 19th May 2018, King King won three prestigious awards at the UK Blues Awards including Blues Band of the Year, Blues Songwriter of the Year (Alan Nimmo) and Blues Album of the Year (Exile & Grace).

King King took their pedigree to a next level with the release of their fourth studio album “Exile & Grace”. Released in October 2017via Manhaton Records, the album featured the singles (She Don’t) Gimme No Lovin’, Long Time Running and Broken which became popular on Planet Rock and other rock radio stations.  The album scored a Top 40 hit in the Official UK Album Charts.