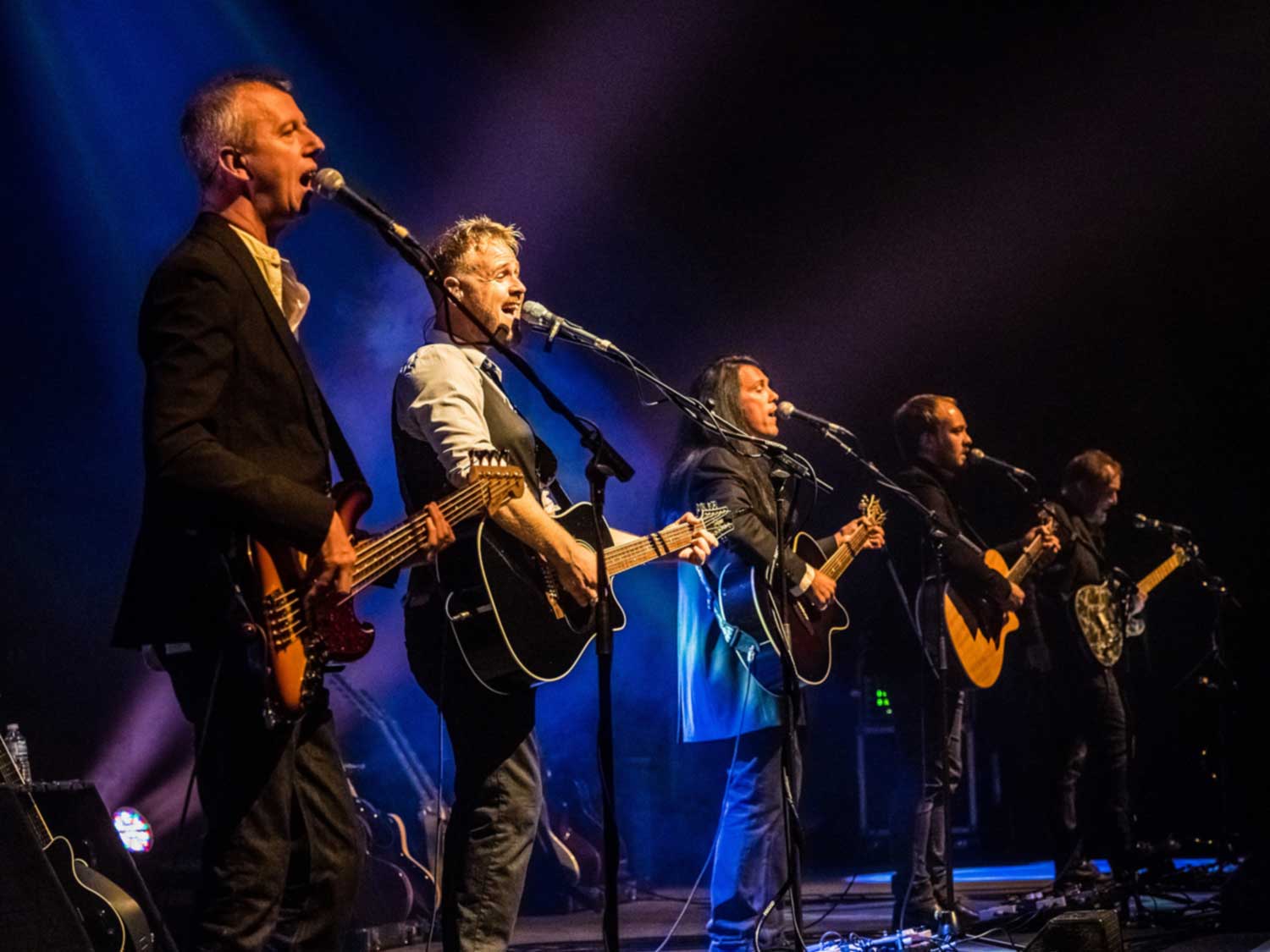 Ahead of the Ultimate Eagles upcoming autumn UK tour, which kicks off on the 8th of September at the Floral Pavillion, Wirral, we caught up with lead vocalist Danny Vaughn to tell us all about the band and what we can look forward to at the live shows.

You’re a well known successful original artist in your own right, have you always been a big Eagles fan and what lead you to form the Ultimate Eagles?

I guess I have always been a fan of their music. Growing up in America it just seemed to be everywhere, all of the time. You just took it on as “your music”, as is somehow represented all things American so very well.

Putting the Ultimate Eagles together came after I had been asked to sub into another Eagles tribute band on short notice because one of their singers had left. I really enjoyed the different approach to musical performance that playing these songs gave me. Unfortunately, that particular band was owned and operated by a particularly inept and unpleasant person and so my compatriots and I decided to leave that situation behind and put together something much better. Which we did!

Who else is in the band? You’re all big Eagles fans we assume? Tell us a bit about the rest of the band and what lead them to join you in this?

Our membership includes Chris Childs, bassist from Thunder and one of the most sought after session players in the U.K., Michael Lawrence on guitar, piano and lead vocals, Chris Wright on lead guitars, mandolin and lead vocals, Rhys Morgan from “Who’s Molly” on drums and our new “go to” man is Stephen Barlow, who is a brilliant guitarist, mandolin and pedal steel player. Having a specialist that can cover such diverse instruments is another thing that separates us from the pack. And, of course, everyone has to sing to one degree or another.

Does the line-up of the band stay the same or do you bring in ‘guest’ musicians?

We try to keep it to the same band members for all of our shows but sometimes conflicting schedules call for us to have a substitute player and we have a really good roster of back up players ready to step in whenever needed.

Do you have a particular favourite Eagles song?

It changes from tour to tour. When we were doing the “Hell Freezes Over” show I couldn’t get enough of Joe Walsh’s “Help Me Through The Night” and on the last tour we did a very daring thing and played the entire “Desperado Reprise” which is a very complicated piece. If I had to pick one favourite of the ones I sing lead on it would probably be “Wasted Time”.

Have you met the Eagles?

No I haven’t but I have it on good authority that Don Henley has herd about us and even recommended us to a few people! You can’t hope for better than that.

Tell us a bit about what we can expect from the upcoming live shows?

The most important thing to let people know about our approach is that we are not Eagles impersonators. We don’t put on wigs and try to look like they did in the 70’s or even as they look now. We do have some fun sometimes and put on some cool 70’s clothes to pay homage to the band when they were at the height of their powers, but we don’t imitate. Our goal is to play the songs as close to the original versions as is possible in a live setting. We don’t try to play the music “our way” as many bands do. We feel you can’t improve upon these tunes so we just do our best to present them as note perfect as possible. And, to be honest, nobody else can do that quite the way we do. Add to that the fact that we really enjoy doing this and really enjoy performing and travelling together you end up with a very uplifting feeling at one of our shows. We are having a great time and we invite the audience to join in on that great time with us.

Is it any different for you getting up there and performing someone else’s songs as opposed to your own songs?

Oh yes, very different. On my songs I have poetic license to do with them what I want. To try out new and different versions or instrumentations. But with the Eagles music their fans hold many of these songs as almost sacred and they know every note from every instrument. SO the pressure is on to get it all right. We love that!

Does the song writing of the Eagles ever influence your Tyketto work?

It does have influence over me. I doubt that you would hear anything in Tyketto songs that you can point a finger to and say, “there’s an Eagles influence there”. But that’s because there are three main songwriters in Tyketto. But you can definitely hear the Eagles influence in a few of my solo songs.

You have re-recorded some Eagles songs for an album?

Several albums actually! We’ve done a full studio album of Eagles songs, 2 or 3 live albums from our tours and one album where we played Eagles classics in an acoustic setting. Some of the songs we chose to play haven’t been tried acoustically by anyone else as far as I’m aware.

All of our albums are available at our shows and on our web site ultimateeagles.com

What’s in the immediate future for the Ultimate Eagles?

September begins our annual run of autumn shows in the U.K., which we always look forward to. It’s a different set from last year. Then in November/ December we will be touring Germany, Austria and Holland.

Next year we will be back on the boards in the England, Scotland, Wales, Ireland and Europe in the spring and then in the summer we are looking forward to going over to tour Australia and New Zealand for the second time. It’s all go!

Thank you Danny for taking the time to chat to us, we can’t wait to check out the live show!

You can find all the Ultimate Eagles tour dates below, coming to a town near you soon!

Stay tuned to Midlands Metalheads Radio for an Ultimate Eagles music special coming very soon and a cheeky little ticket giveaway for the show at The Robin 2 in Bilston on 19th October!!! Follow us on Facebook to find out when this is all happening.