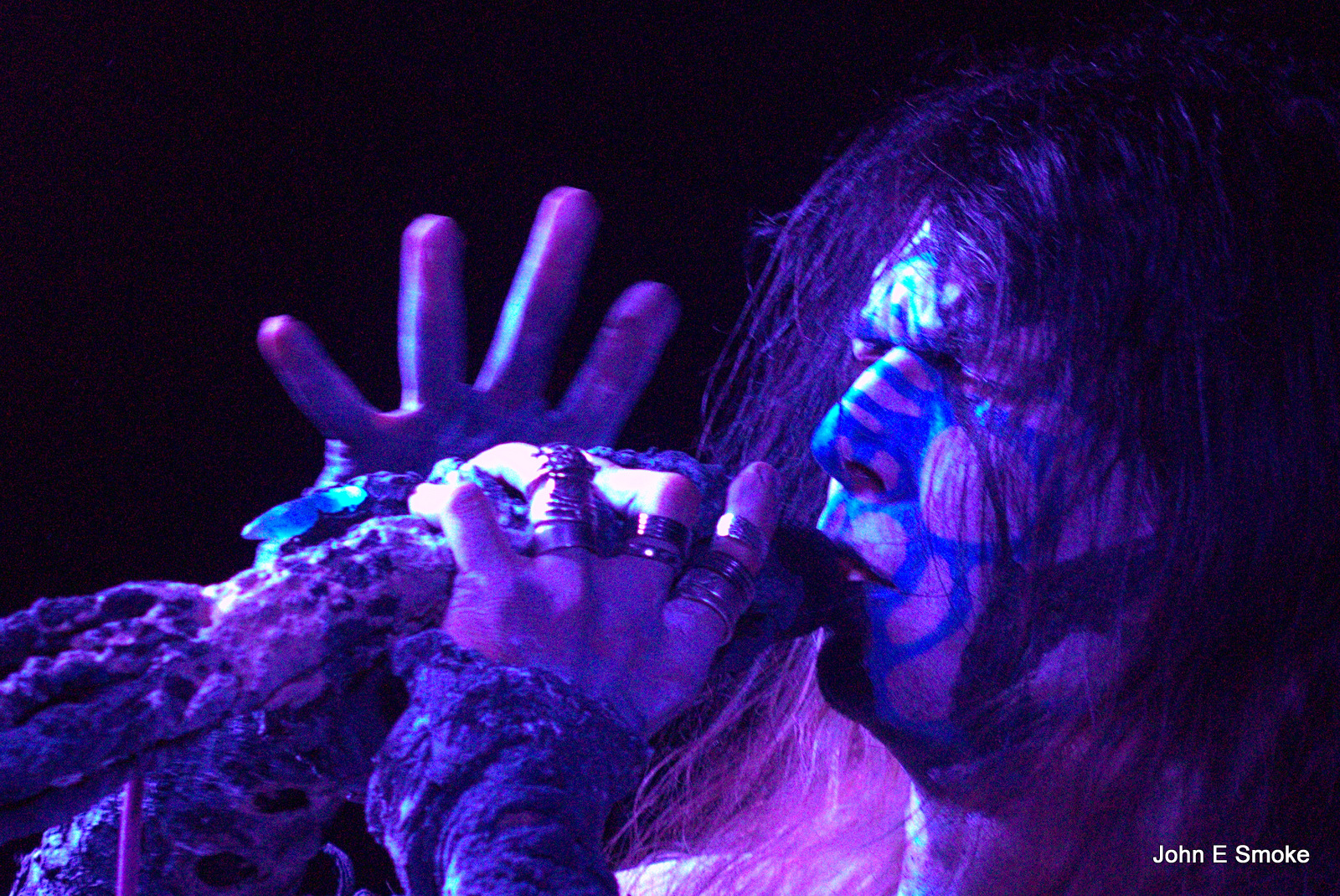 This has been in my calender a while. I’ve followed the baffling career of IGORRR for a few years now, since I was pointed in their direction by Ad Noiseam records. For the uninitiated, Igorrr are a whirlwind sonic collage of breakcore, opera, classical, grindcore and punk, and even some oompah for good measure. Essentially the brain child of one man, a certain Frenchman Gautier Serre, I have been waiting with a little trepidation as to how the Igorrr recorded experience would translate into a live show. Read on to find that I need not have worried. Firstly though, there is a support act to consider.

DENIGRATA are a five piece act from Northampton, who combine a black metal core with electronic elements and dual operatic vocals. They immediately fill the stage with their dark presence, face painted and elegant. The sound is excellent from the get go, with all elements clear in the mix, no lo-fi mush to be heard here. Their sound certainly owes a lot to the black metal scene but Denigrata bring a lot more to the table allowing them to stand apart from the scene with ease. The operatic vocals work splendidly and imbue the songs with power and poise. Kudos for splendid microphone techniques by the two singers, ensuring the voices are where they need to be in the mix. Some well placed synthesizer parts add another dimension to what are already well composed and dynamically varied tracks. Performance wise it is hard to find fault, the set is expertly delivered by a band who know what they are doing technically and what they are going to achieve artistically. A thoroughly worthy and appropriate support for the main act still to come.

The main event is of course IGORRR. The live incarnation comprises 4 participants, IGORRR himself as a conductor/stage manager of sorts, a drummer extraordinaire and two singers. So, no ‘one man hiding behind a laptop’ scenario here, phew! Now, anyone who has encountered the music of Igorrr before will now that it grabs your attention. It is impossible to ignore and to a degree it requires your attention to appreciate and understand. To this extent, even hearing the music at high volume in a hot and sweaty venue would be something. In reality, tonight we are treated to a spectacle. Vocals are supplied in turn and sometimes in combination by a female and male team. The female vocalist writhes and pirouettes as she sings, her movements sometimes wild and sometimes graceful while she drives home her intense and operatic style vocalisations. The male vocalist is equally as visual, face and chest painted with symbols and a mane of dark hair. His presence feels primal and earthy as he too delivers his vocals with an intensity that demands respect. The live drummer masterfully embellishes the programmed rhythmic elements, no easy task given the complexity of the material. The mix of live and electronic drums is beautifully balanced, as is the mix overall. The volume and power of the delivery somehow make listening to Igorrr easier, more organic, if if the live setting allows the material to flow into the brain and body more readily. I am transfixed from the first minute to the last, in awe of what I am hearing. It is intense and extreme, beautiful and bewildering, all without a single live guitarist to be seen. The schizophrenic nature of the music never allows the audience a moment of complacency, yet it is not an ordeal. There are moments of sheer brutality but there are also moments where the the oompah rhythms and accordion tones make me smile with glee. Quite simply, this may be one of my gigs of 2017, just astounding. Another sterling gig courtesy of Surprise You’re Dead Music.