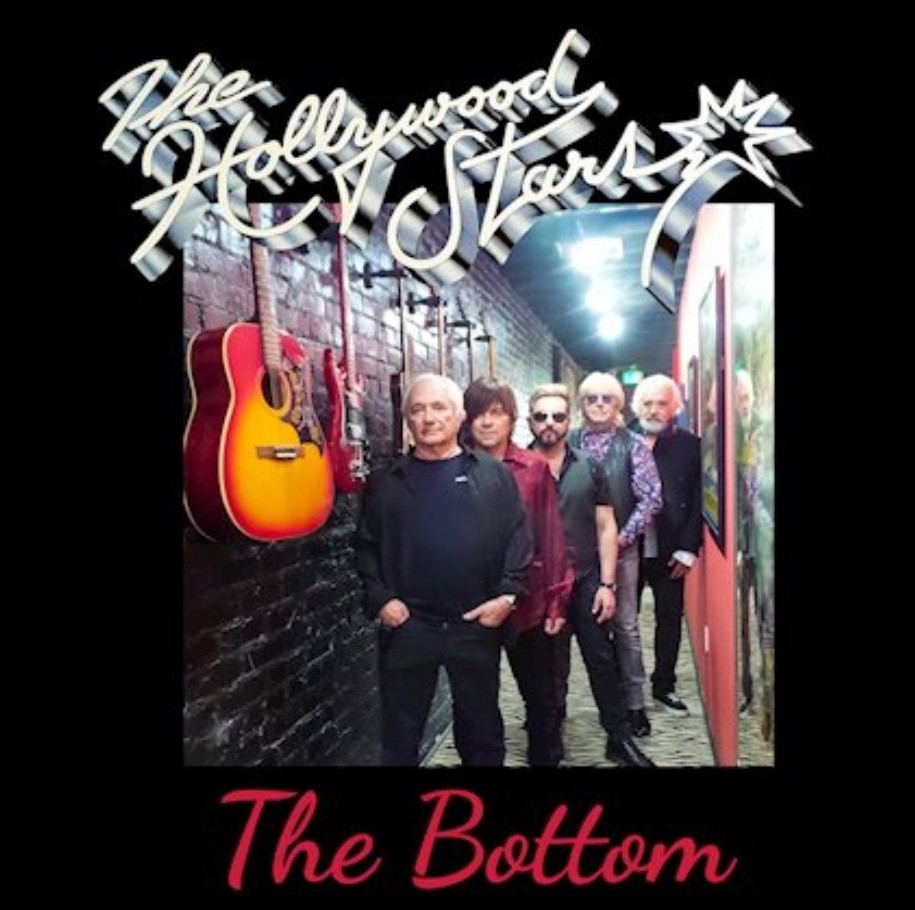 After releasing their album Live On The Sunset Strip in late 2021 via Golden Robot Records. the legendary THE HOLLYWOOD STARS are back with a brand-new single ‘The Bottom’ which will be released digitally on 28th January.

THE HOLLYWOOD STAR’s latest single ‘The Bottom’ is a hard driving rocker highlighted by great guitar work. You won’t be able to listen to this track and sit still!

“I didn’t used to like The Hollywood Stars, I used to like The New York Dolls. Then I heard The Hollywood Stars play ‘Satisfaction.’ Now I wanna f**k ‘em.” — Iggy Pop
It would seem like every nook and cranny in rock ‘n’ roll history has been explored ad infinitum by this point. Countless books and magazine articles have been written, painstakingly excavating the lives and careers of everyone from Chuck Berry to Aerosmith, Wanda Jackson to Arcade Fire. But what if there was a band with deep roots whose story had barely been broached? A band with direct ties to Little Richard, The Kinks, The Mamas & the Papas, The Electric Prunes, The Strawberry Alarm Clock, Alice Cooper, Kiss, Iggy Pop, The Runaways, The Flamin’ Groovies, Bachman-Turner Overdrive, Steppenwolf, Meat Loaf and Blue Cheer, among others?

Such a band does exist. They are THE HOLLYWOOD STARS. And now, after more than 40 years apart, they are performing together again and making new music and ‘The Bottom’ is the start of a new chapter as we move into 2022.