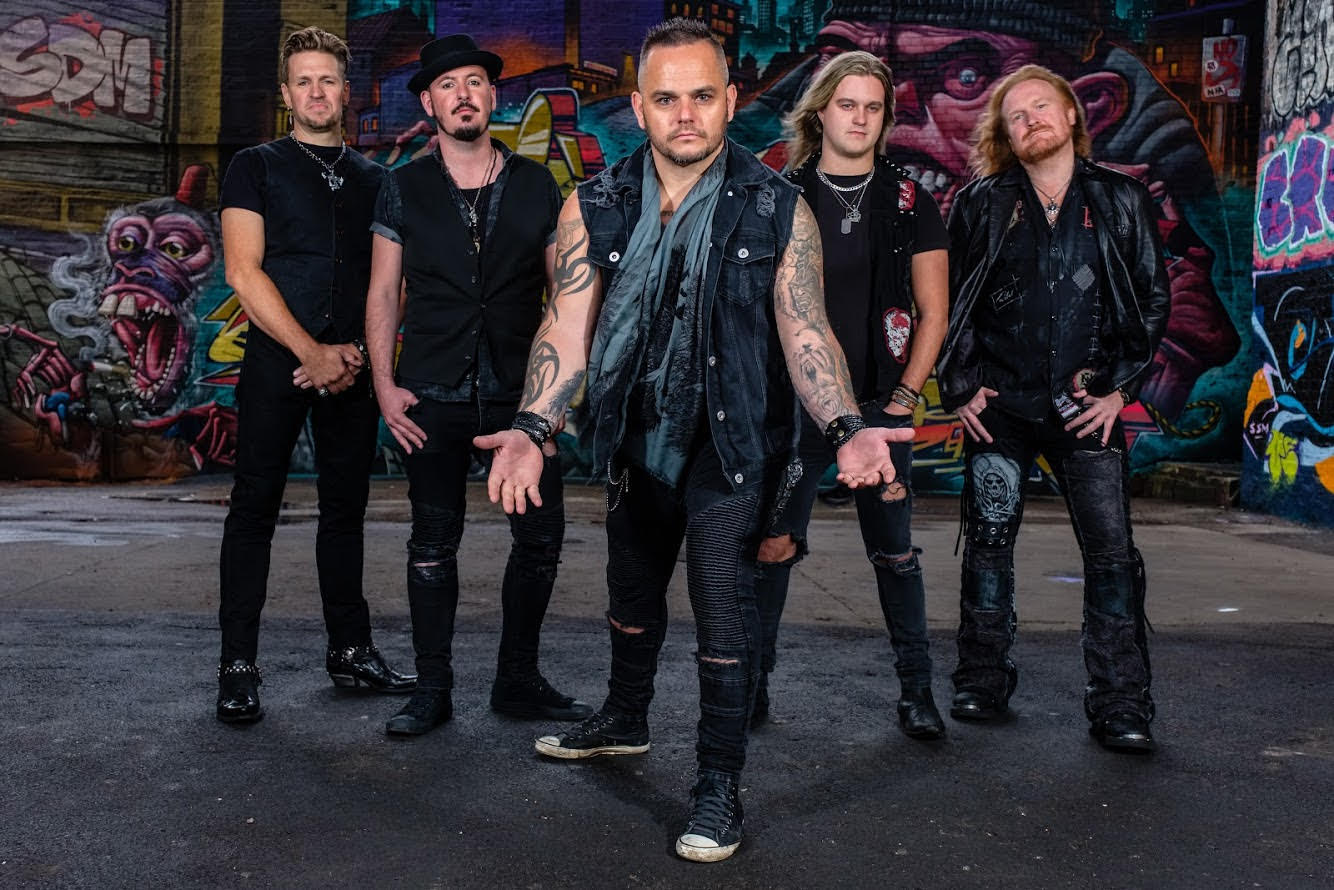 Via Off Yer Rocka Recordings

Having released their debut album 100% Proof in January reaching the Top 20 in the iTunes Rock Chart, and having 2 tracks play listed on the ‘New Rock Show’ on Planet Rock……Acclaimed, and Award-winning Wolverhampton Rockers Gin Annie have wasted no time getting back in the studio.

The single sees the band step up a gear in terms of songwriting giving them a more commercial edge, and is bolstered by award-winning producer Romesh Dodangoda (Motorhead, Bring Me The Horizon, Bullet For My Valentine etc) at the helm.

After a stellar start to the year which saw them embark on a headline tour of the UK, followed by dates with Deadland Ritual, Ugly Kid Joe, and Festival appearances including Ramblin’ Man Fair, and Hard Rock Hell Ibiza……The guys are also set to embark on a UK tour as special guests to Geoff Tate’s – Operation Mindcrime UK Tour in August.

“It really sums up what the band are about, great riffs, mesmerising hooks, vocals full of melody and tantalising choruses” – metalplanetmusic.com

“Swagger and attitude of a band fresh off the Sunset Strip in the late 80s, with a modern edge that is bound to appeal to rockers of all ages” – myglobalmind.com

“There’s a New Wave of Classic Rock in the UK right now, with Gin Annie rising to the very top of it !” – midlandsmetalheads.com