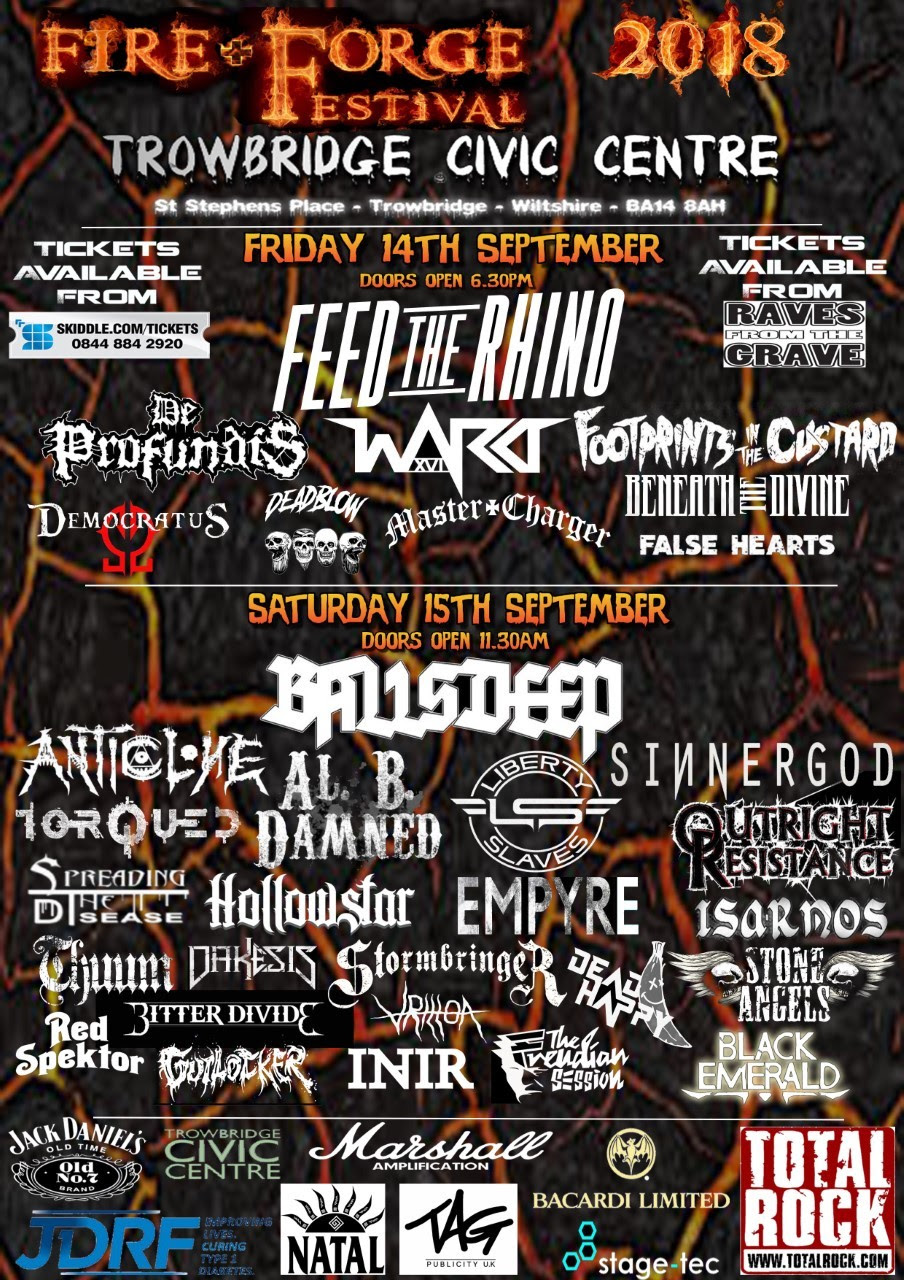 This year will also see Total Rock Radio come on board as an official stage sponsor as well as many other notable sponsors behind the festival such as Marshall Amplification, Barcardi ltd, Jack Daniels, Stage-tec, JDRF and Natal. The event itself is will be held at Trowbridge Civic Centre.

“I am very proud to be entering our 7th year with Fire and Forge Festival. We have always tried our best to support the underground rock and metal scene and to give up and coming bands the opportunity to play alongside some of the household names that we try and bring in for our headliners. We pride ourselves on running a well organised and enjoyable family oriented event and I couldn’t be prouder of how the festival has grown.” – Doug Harvey, founder

The Fire and Forge Festival was originally named Rock Diabetes festival which has grown gradually each year and raises awareness of type 1 diabetes and funds for the Juvenile Diabetes Research Foundation (JDRF). Over the years, many of the artists who have supported the festival either suffer from the illness or have friends of family who do. It’s a cause that isn’t spoken about nearly enough and can be very frightening for those living with it.

Previous years have seen names such as Diamond Head, Breed 77, Paul Di Anno (Iron Maiden), Grim Reaper, Blaze Bayley grace the stages. Each year, Fire and Forge continues to grow and we hope that you can come and join the legacy.