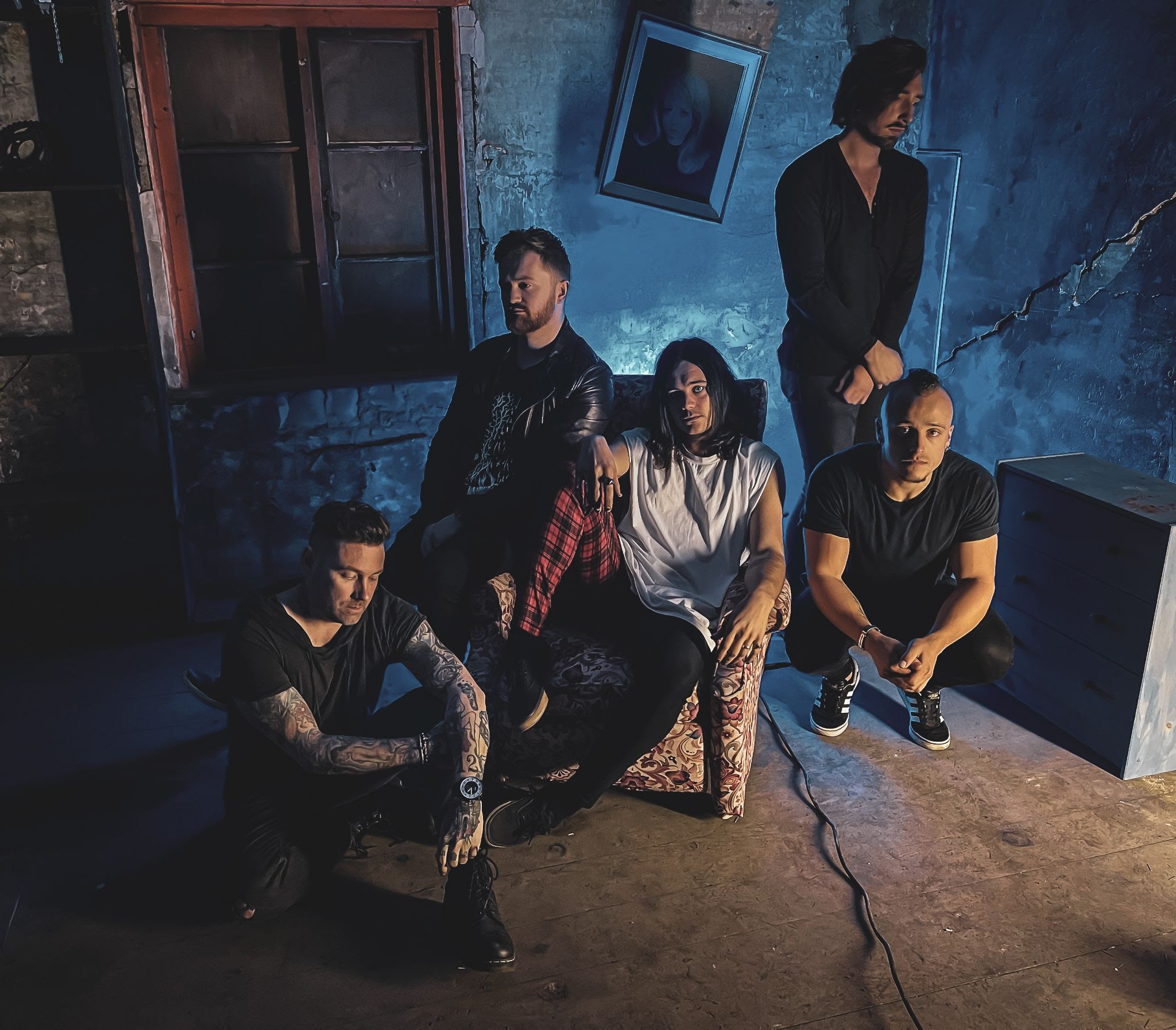 WASTE OF WHO I AM

Hard melodic rockers Dead Romantic unveil their haunting new single and video in ‘Waste Of Who I Am’. “This song is about being in a relationship where the other party seems to want you to be someone you’re not,” says vocalist and engaging frontman Dan Taylor of the track. “When somebody tries to make you change to be someone that you’re not, that’s not a healthy relationship to be in…it’s time to get out.”

“It’s quite a fast paced song. There’s a lot of cool vocal parts in this song that are definitely good for singing along with.” This has been a feature of their live shows, with their hungry for more fans singing back having only heard new songs that very evening. Going on to talk about the accompanying visceral and searing video, Dan enthuses “We had a lot of fun with this one! We decided that because we’re releasing on Halloween weekend we would make a video with creepy vibes and horror imagery. It suits the song in that there’s these horrors and monsters that keep rearing their heads, just like the negativity and pain that can haunt you in dark times.”

The hard hitting rockers deliver a hook heavy blend of alternative rock and pop metal in the form of their epic cliff top first single, ‘Yesterday’, which amassed 1.5 million views in its first 2 months and crashed into the Kerrang Radio top 10 video chart. The second darkly fire tinged single, ‘Kissed With A Lie’ hit 1 million views in its first month of release, this was followed by the post-apocalyptic and searing ‘Fight Me’.

Although the modern UK based rock crew are only freshly formed, they have already amassed a dedicated fanbase, and it’s easy to hear why this band has true pedigree. The band consists of lead vocalist Dan Taylor, bass player Chris Horrocks, keyboards Sam Stoddard, Tim Dale on drums along with multi-platinum record producer Mike Krompass handling lead guitar.

Expressing a sound that draws from the heaviest riffs to radio pop sensibilities, the band hit you with a sonic melting pot reminiscent of such acts as 30 Seconds to Mars, Bring Me The Horizon, Foo Fighters, Bad Flower and Architects.

The band emphatically states, “We’ve made the record we’ve always wanted to create, completely unchained, raw, filled with the best elements of everything we love about music. We’ve all come from different musical backgrounds that seem to work together. There’s a little bit of pop, a little bit of metal and a lot of rock that we hope can connect with people around the globe.”

With more singles on the way and more live shows to be announced, as well as the forthcoming album that is rammed with wall slamming ear candy, Dead Romantic are poised to be one of the breakthrough bands of 2021.