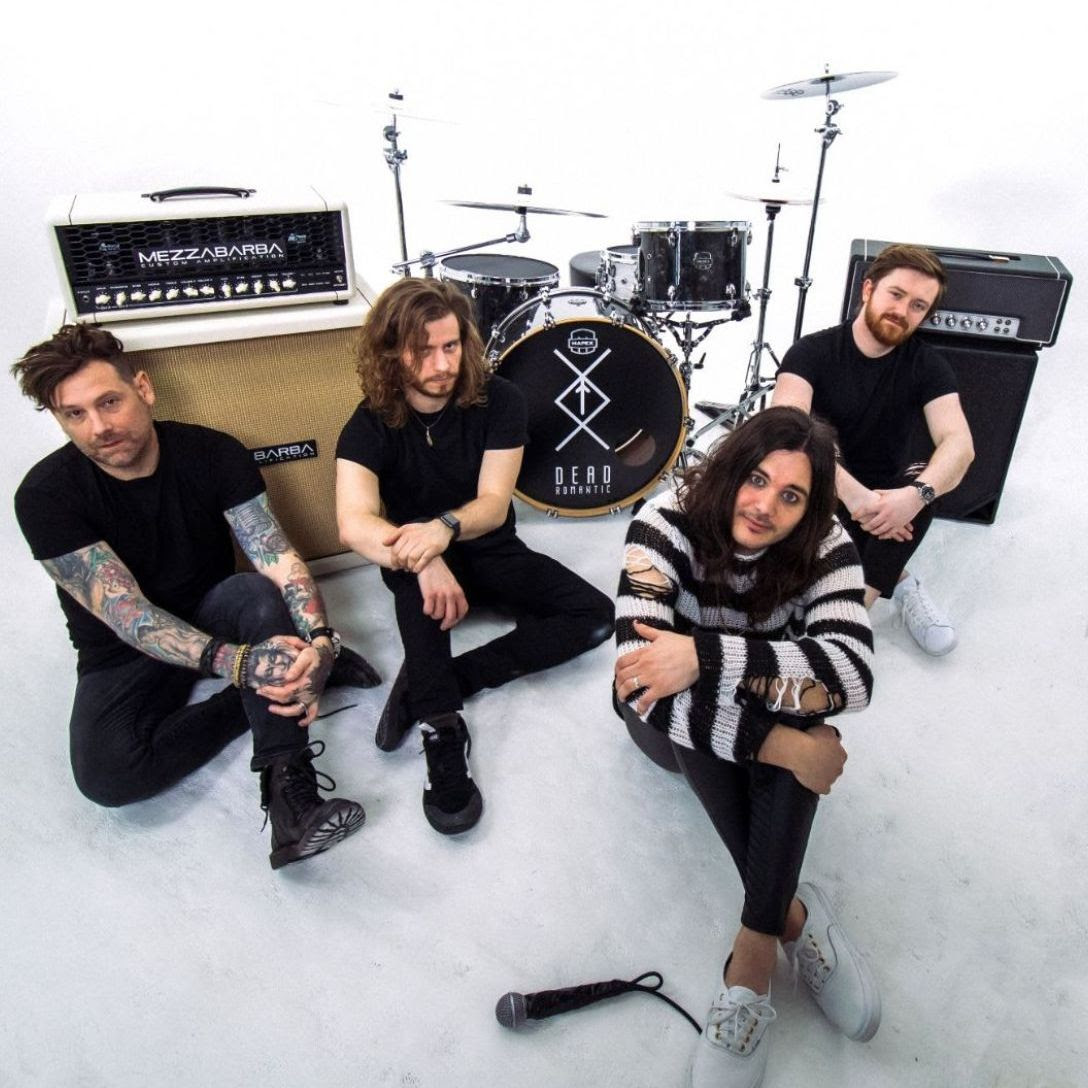 Freshly formed UK-based DEAD ROMANTIC have announced their debut album ‘Voices’, out 25th June via Mercia Records, and offered a taster of what’s to come with first single ‘Yesterday’.

‘Yesterday’, a hook heavy blend of alternative rock and pop metal, is “a song about refusing to be consumed by negativity or darkness from a toxic relationship. It’s a message to anyone who feels down or stuck in a dark place to break free from it and move forward, it says ‘I’m not going to allow you to make me feel like this, you’re not going to drag me down,’” says vocalist Dan Taylor.

The accompanying cinematic music video was shot in the middle of February; the first day on top of Bamford Edge in Yorkshire and the second at Jervaulx Abbey, an ancient ruin. Drummer Adam Breeze says of the shoot, “It was SO cold! Like minus 10 degrees or something. We couldn’t feel our fingers for 2 days afterwards.”

Expressing a sound that draws from the heaviest riffs to radio pop sensibilities, listeners can expect bleeding powerful riffs, crushing grooves, and anthemic vocals from the album.

Guitarist Mike Krompass says “We’ve made the record we’ve always wanted to create, completely unchained, raw, and filled with the best elements of everything we love about music. There’s a little bit of metal and a lot of rock that we hope can connect with people around the globe.”