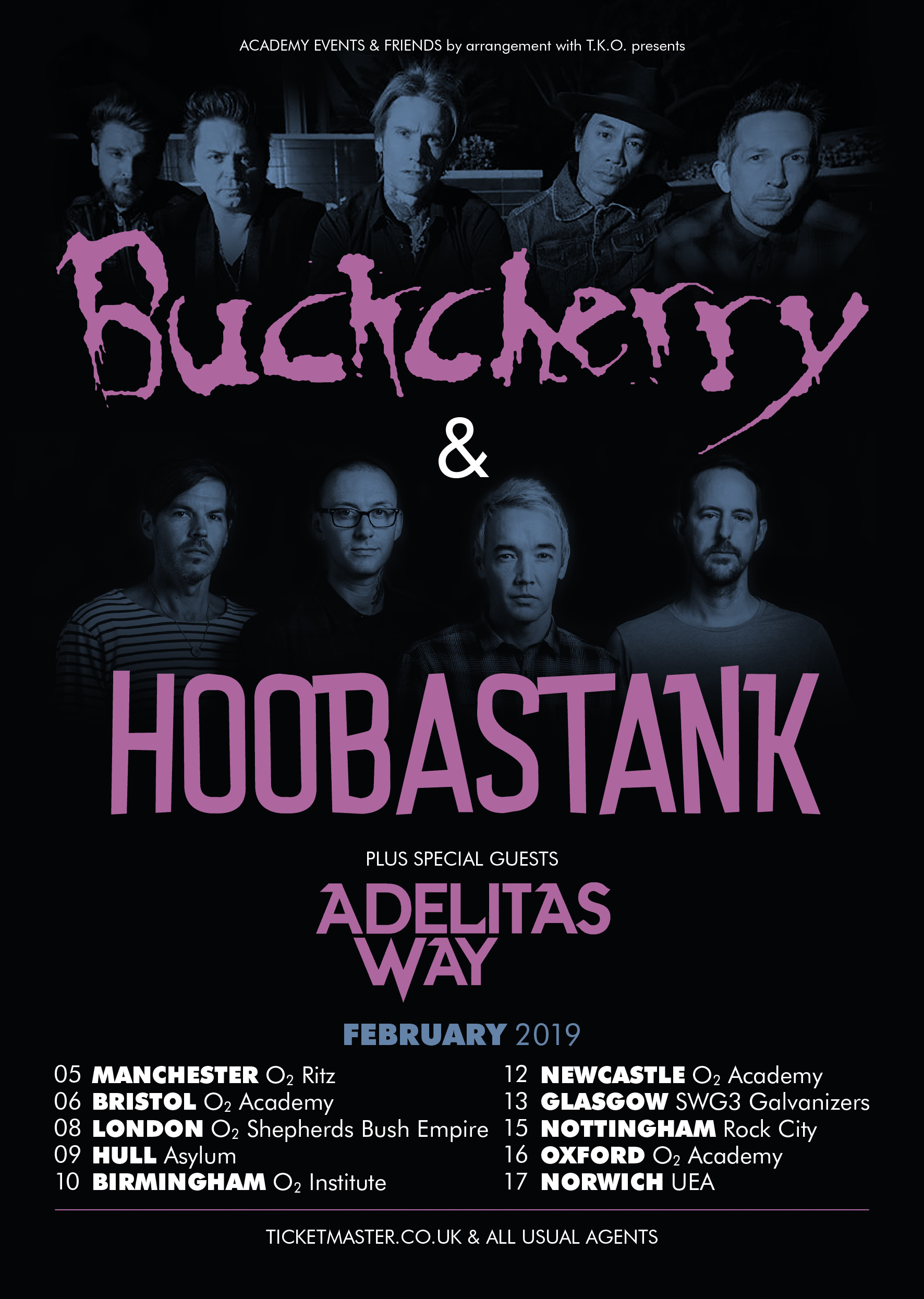 Buckcherry and Hoobastank have teamed up for a co-headline UK tour beginning February 5th through to February 17th 2019. The show will feature full headline sets from both bands playing their famous hits.  Support on all dates will be provided by Adelitas Way in their first ever UK tour.

Well who are we to argue with that! The tour starts 5th February in Manchester, get your tickets HERE!

Buckcherry commenced the recording of a new album in September with Mike Plotnikoff, who produced their last platinum album, “15”, which featured the hit songs “Crazy Bitch” and “Sorry”.  The album is scheduled for a February release and a new video single will drop any day now. The tour will mark Buckcherry’s return to the UK following their appearance at the Stone Free Festival in June and shows in Newcastle and Glasgow.

Hoobastank is a multi-platinum selling American rock band, formed in 1994 in Agoura Hills, California. They have sold more than 10 million albums worldwide over the course of their accomplished career, being best known for their singles “Crawling in the Dark”, “Running Away”, and “The Reason”. Their sixth album, “Push Pull”, was released in May 2018 via Napalm Records. Hoobastank’s highly anticipated return to the UK sees them celebrating the 15th Anniversary  of “The Reason” and they will play the album in full!

With tracks like ”Invincible” and “Sick”, Adelitas Way have established a loyal fanbase over the last ten years. UK fans will finally have a chance to see the band and will not be disappointed.