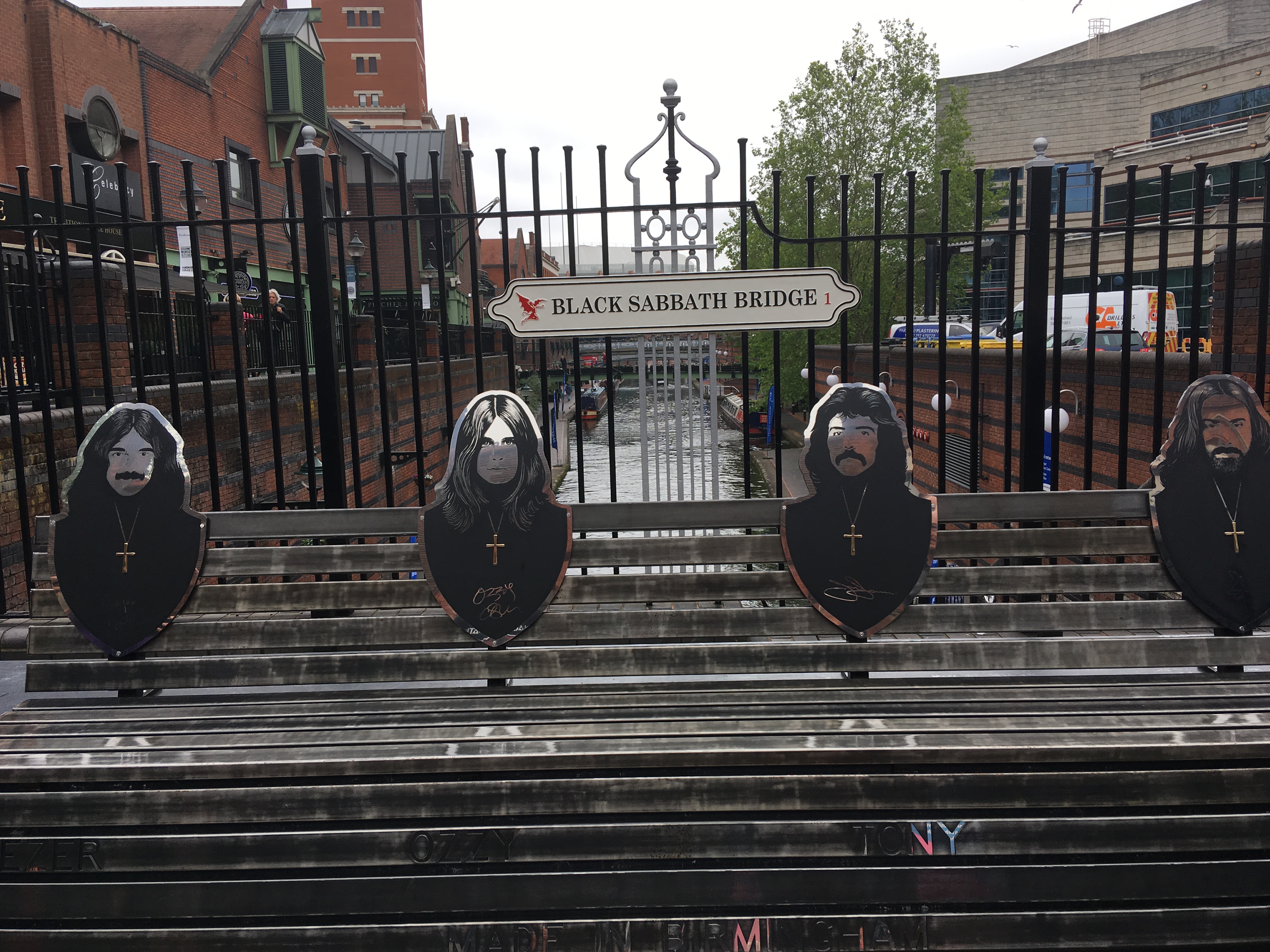 BLACK SABBATH fans were gathering in their masses today, they were about early on Broad Street and lined the canalside all the way to the Arena. The long awaited public unveiling of the Bench and re-naming of the Bridge was taking place later, I joined the crowd and waited in anticipation.

First on the schedule, the Sabbath tribute band SABBRA CADABRA emerged from the Malthouse Pub, ‘Ozzy’ in trademark fringed shirt and round glasses. They took to the island in the Canal Basin, which was the makeshift stage and started blasting out some classics. Not just the music, which was performed brilliantly, but the show itself was an awesome sight. The four of them standing on a small space surrounded by water, meant there was no room for error, even when the wind blew their banner over. The idea by Sabbath’s former manager Jim Simpson paid off, it was unbelievable.

The narrowboat came into view and stopped by the island, with Geezer Butler and Tony Iommi on board with their wives, VIP’s and close friends. They were interviewed and photos were taken, before they cruised down to the bridge, with fans cheering them all the way.

Stopping underneath the bridge they pulled a rope that unveiled the Bench and the Black Sabbath Bridge signage, then walked up onto Broad Street to be greeted by the massive amount of people that had been waiting patiently. More photos and autographs before they made their way back to the narrowboat and disappeared out of view.

Created by Egyptian Artist Tarek Abdelkawi from an idea by Mohammed Osama, the Bench was forged in Birmingham and has images of the four original band members. It is inscribed ‘Geezer Ozzy Tony Bill  Made in Birmingham 1968’. The stars on Broad Street’s pavement, dedicated to the band will eventually be moved in front of the Bench.

The Bench is a welcome addition to Birmingham’s attractions, it is fitting that the godfathers of Heavy Metal have been recognised in this way, together with the 50 years Exhibition. If you love Rock Music, this has to be on your bucket list this year.