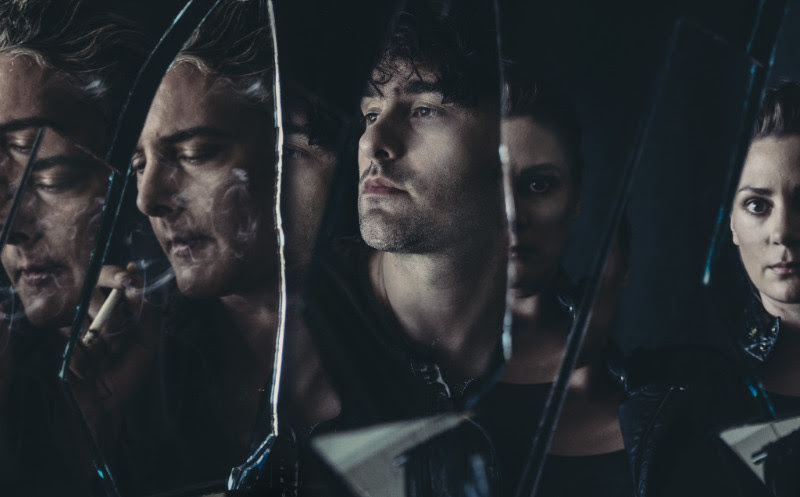 BRMC have already treated fans to four instant grat tracks, first single “Little Thing Gone Wild”  a dirty, sexy, rollicking ride of big licks and heavy bass – which was the inspiration for the LP’s title, drawing on a lyrical passage. “Lord you hear me loud into my soul speaker, why won’t you let me out, you’ve got the wrong creature’.  Next up came the Cave-esque murder balladry of “Haunt”followed by ‘Question of Faith’ and ‘King Of Bones’.

The widely acclaimed California-based band consists of Peter Hayes (vocal, guitar, harmonica), Robert Levon Been (vocal, bass, guitar), and Leah Shapiro (drums). They’ve been crafting perfectly honed, bluesy, psychedelic garage-rock since 1998 and this will be the final instant grat track before the release of their 7th studio album Wrong Creatures, via Abstract Dragon Records. Produced by Nick Launay (Nick Cave, Arcade Fire), it is released on January 12th, 2018 and was awarded 4 stars by Q magazine who noted that “the band’s mastery of (bad) mood has only matured with age”. Pre-order it HERE.

Recorded in Los Angeles, Wrong Creatures takes a journey throughout rock’s history, taking unlikely twists and turns, both peppered with historic influences but also having one foot firmly in the present. Yet their focus still firmly set on returning to edge of the stage, never resting on their laurels and bringing people further into their live experience.

Ultimately, the band are survivors during an era where rock’n’roll can often be overshadowed by garish pop and domineering hip-hop. Black Rebel Motorcycle Club have learned how to cut out all the noise and concentrate on what matters.  Robert Levon Been: “We are truly an island – come hell or high water, so it’s usually best to dress accordingly. Though I’m not sure what the proper attire is when drowning in fire. But leather usually goes with everything.”

Black Rebel Motorcycle Club  have just delighted their UK & European fans with an extensive tour, and will be touring the USA from  January 15, 2018 with dates in Washington DC, Boston, Brooklyn, Los Angeles, and more. Tickets are on sale now – HERE. The band has partnered with Plus 1 for the US tour in which $1 from each ticket will be donated to War Child, a worldwide organization that supports programs aiding women & children dislocated and impacted by war, political unrest, terrorism and poverty.