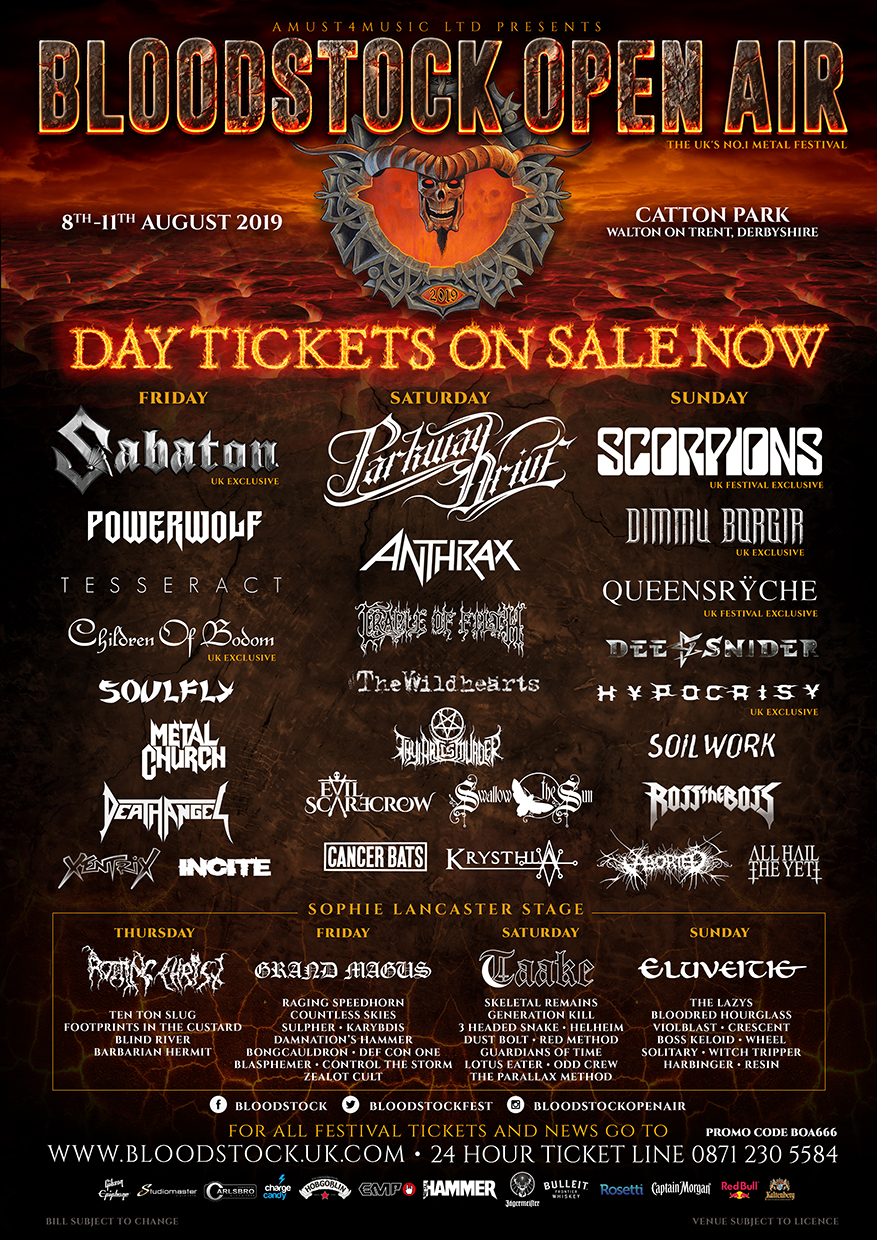 With just a week to go before the gates of Bloodstock open, we’re pleased to announce that we have three bands performing at this year’s edition of the country’s best metal festival. All three bands have great new releases out to promote and all three bands are vailable for interview at the festival.
First up we have the kings of UK thrash, Solitary, whose new EP, XXV will be released on August 9th to coincide with the start of Bloodstock…

Solitary will be appearingon Sunday at 12:40pm on the Sophie Lancaster stage where they’ll be delivering half an hour of non-stop thrash mayhem. Don’t miss them if you’re a fan of that classic Bay Area thrash sound.

Also appearing at this year’s BOA we have the purveyors of classic British heavy metal, Forged In Black whose most recent album, Descent Of The Serpent is riding high on waves of critical acclaim. Released by Fighter Records ealier this year it’s certain to be featured on many a ‘best of 2019’ list come the year’s end…

Forged In Black will be appearing on Sunday at 8.00pm on the V.I.P. Serpent’s Lair stage where they’ll be playing some of the finest classic metal you’ll ever hear – including tracks from Descent Of The Serpent.

Finally from the Imperative PR roster, we have Tom Reynolds, the man behind the name, the riffs of Foul Body Autopsy! Tom has recently released the superb The Unquiet Dead EP, without a shadow of a doubt the finest slab of zombie worhip to bear the Foul Body Autopsy name.

Foul Body Autopsy will be appearing on Saturday at 5.05pm on the Jagermeister stage, firing out riffs like a machine gun and singing songs of the end of the world.