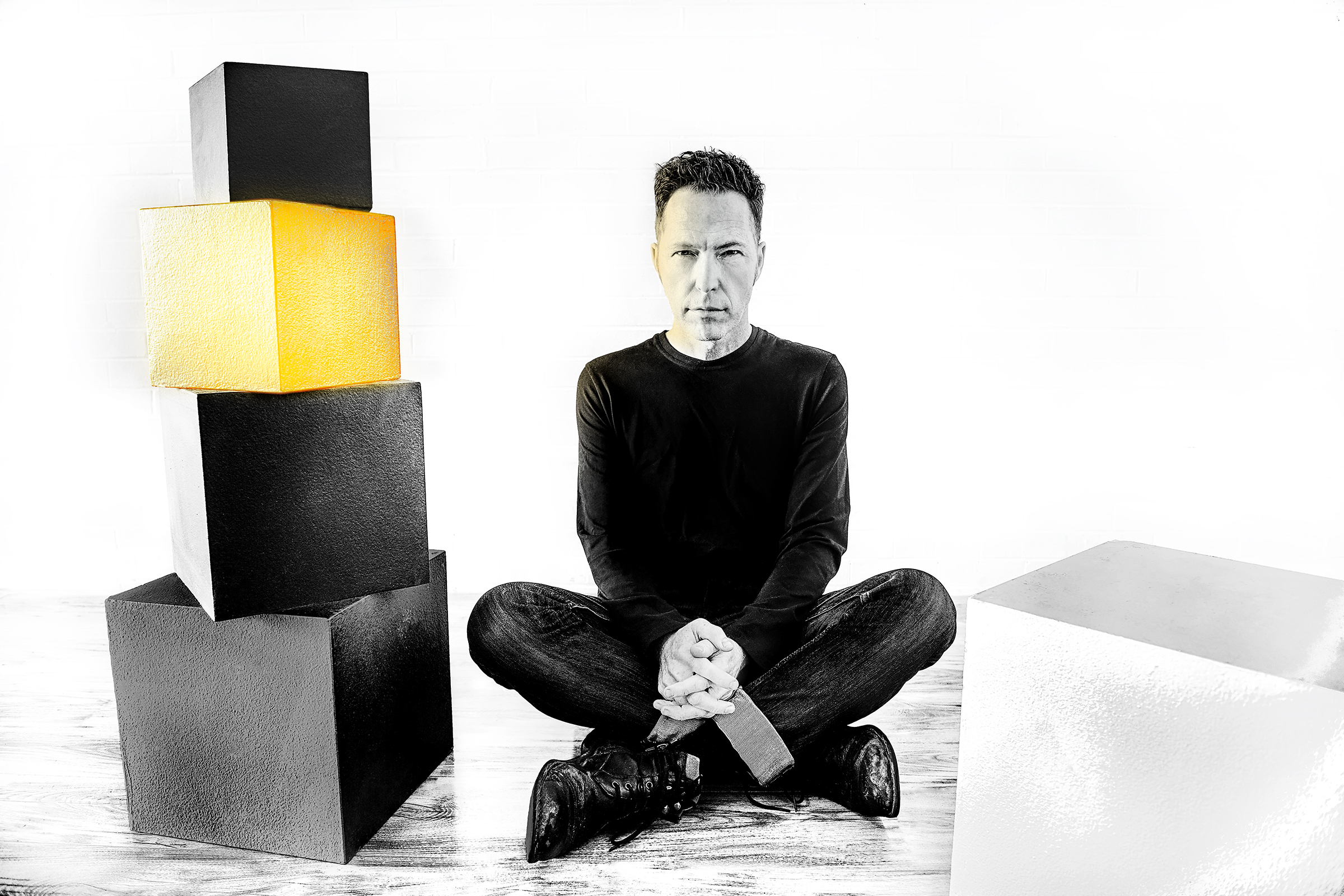 Does a review of an instrumental ambient album sit comfortably on a predominantly heavy metal website/radio station? I’d like to think so, after all I used to present ‘The Dark 3rd’ on its airwaves, a show for drone and dark ambient. I think everyone needs music in their collection for more introspective or relaxed moments. ‘The Infinity Line’, by ‘of1000faces’ arguably deserves to jostle out the competition for space in that section of your collection.

‘of1000faces’ is a project by Chicago based artist Matt Walker whose resume includes working with Morrissey, Smashing Pumpkins, Garbage and Filter, all the while dedicating himself to various side projects, independent bands and film/tv work. I urge you not to let the above references colour your expectations of what ‘The Infinity Line’ might sound like, but to assimilate the album on its own merits, which are many.

I have already mentioned ‘dark ambient’ as one of the things I explore, both previously as a show host for this very station, and as an artist with several ambient/drone projects. However, this is not dark, instead offering up expansive horizons, sweeping soundscapes and involving compositions. It is worth mentioning musical reference points for readers who like such things, Brian Eno, Vangelis, even John Carpenter more sci fi moments, though when considering an album like this it is more about the journey it takes you on and the feelings it evokes.

The sounds utilised by Walker cover a wide spectrum, from lush and evolving synth soundscapes through to more traditional instrumentation via subtle rhythmic elements here and there to propel the listener along the desired trajectory. The  album starts with gentle strokes and plucks out of the ether on ‘’Kabuki of the Starred Deep’, crystalline chord progressions swelling steadily without any urgency at all before fading away. ‘Somnium’ possesses a fuller sound, string-esque swells and haunting calls embellished with beautifully restrained keys evoke visions of staring out across a neon lit cityscape during a rain filled night. A rhythmic element is introduced for ‘Midnight Overture’, and this suggests movement, perhaps driving through the aforementioned city, or even just floating, soaring.

Some ambient artists achieve their aim through the use of soundscaping, with musicality taking a back seat, but here musical composition is strong and very much leads the way. Each piece is delicately composed and balanced, rich in melody and variance. ‘Particle Behaviour’ is wonderfully restrained, the slightly off kilter dance of note flourishes working to embellish rather than hinder the overall effect. I imagine seeing the ebb and flow of life at a molecular level, marvelling in the beauty of it all. Contrastingly, ‘Anaira’ has a definite mission, pulsing on beams of sound towards otherworldly realms. This track definitely has a science fiction feel to it that any film of the genre would benefit from. ‘Shadowlight’ eases up on the gas, all shimmering swells and pauses for deep breathing set to visions of slowly swirling galaxies.

None of the tracks overstay their welcome, being rather concise for a release of this nature. This allows for quite a variety of textures and atmospheres to be covered across the ten pieces contained within ‘The Infinity Line’. The title track is perhaps one of the more attention commanding tracks, again letting a strong rhythmic element to take control while arpeggios skit and pads glide in a most pleasing fashion. The deeply atmospheric piano tones of ‘To The Touch’ offer another flavour to the album, only subtly assisted by additional atmospheric touches, a fragile moment of reflection. The album closes with ‘Rutger’s Passage’. Whether the title refers to the Bladerunner star or not, it is a fitting close to the album and probably my favourite piece here. It employs many of the styles and dynamics used by Baker across the album to produce something complex, lush, evolving and highly emotive.

‘The Infinity Line’ is an album that soundtracks vivid dreams, surreal journeys,vast futuristic landscapes and imagined microcosms. Its evolving tapestry is truly immersive and richly musical while also being restrained enough to let the atmospheres really settle on the listener. The production is flawless allowing all elements the space and foundation they need to have the desired effect. This release is thoroughly recommended to anyone who enjoys film scores, instrumental and ambient music.