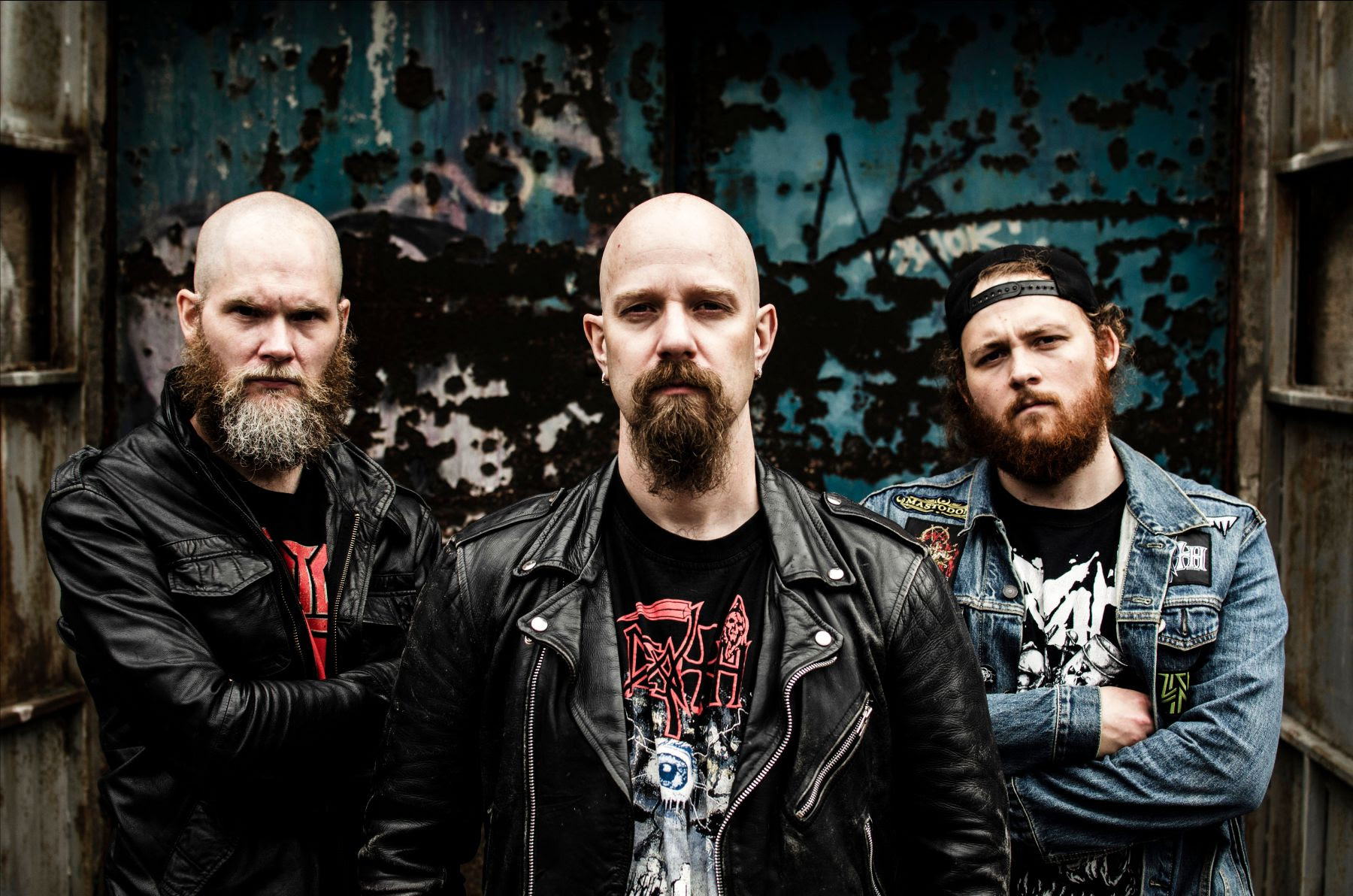 Crushing Swedish metal with a modernized, yet classic thrash-inspired attack!

“The new single and music video “Left To Rot” is a heavy mid-tempo song depicting the horrors surrounding a massive railway construction project in northern Siberia where lots of people perished. It will make your head bang!”
Watch the Official Video for “Left To Rot” HERE!

Founded in 2003, WARFECT is one of the most convincing yet underrated acts in the Swedish metal scene. Straight from the Gothenburg underground, the three-piece carries their full potential to the next level with their fourth studio album Spectre of Devastation!

For over a decade, WARFECT have brought their blackened thrash metal to the hordes. Now, four years after the release of their previous full-length, Scavengers, the Swedish thrash metal three-piece hailing from Uddevalla are even more forceful and have announced their furious new offering, Spectre Of Devastation, out November 13. After recently signing with Napalm Records, WARFECT are now taking the next step with their fourth album by unveiling a true thrash metal engine.

“We’re thrilled to unveil the details of our upcoming album Spectre of Devastation! The album was recorded earlier this year with our own Fredrik Wester at the helm and Flemming Rasmussen doing the mastering. The cover artwork was masterfully done by Andreas Marschall and sets the mood of the album on the spot.”