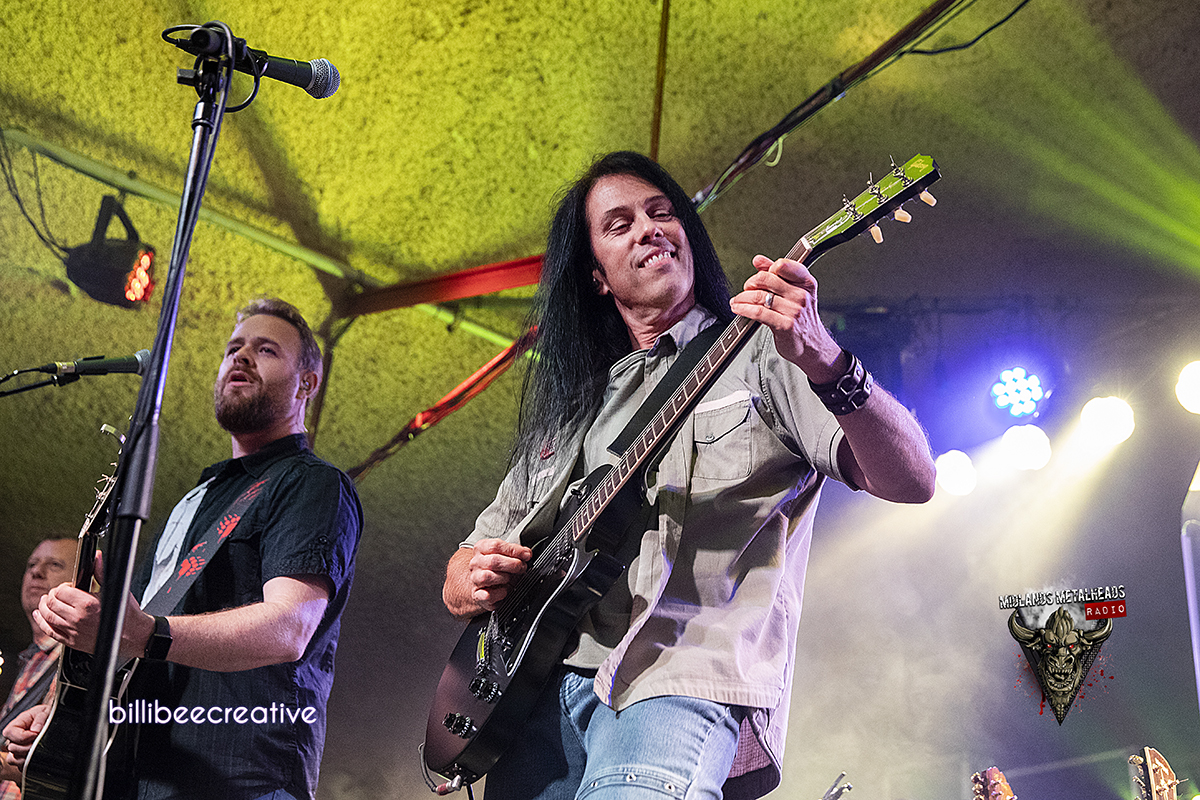 But don’t take my word for it, take a look at David Steed’s review below.

They say mimicking is the ultimate form of flattery, and The Eagles are one of those bands who have inspired a lot of flattery indeed. If you baulk at the idea of paying the hefty price commanded by the arena shows of the real deal, then finding a good tribute act could keep you very happy. The Ultimate Eagles are one of many tribute bands to the aforementioned country-rock legends and have already garnered a significant amount of praise from both national and international press. Is this praise justified? Well Midlands Metalheads went to The Robin 2 on a chilly October evening to find out for you, and significantly bolstered the proportion of the audience who were under forty in the process!

The current tour is marketed as the ‘greatest hits’ tour so any fans will be thrilled to know that if you think of an Eagles song you would love to hear live, odds are it was played. Classics such as New Boy In Town, Life in the Fast Lane, Take It Easy and of course, Hotel California, all made an appearance alongside countless others, and they even threw in solo tracks from individual members, such as an excellent rendition of Joe Walsh’s Life’s Been Good. The musicianship throughout was impeccable, with all songs being played true to the originals note for note, and indeed, each note could actually be heard thanks to the great job done by the guys at the sound desk. Each member of the band showed off an array of talents, with all four guitarists running around swapping between different guitars, keyboards, mandolins and even a saxophone at one point. And if that wasn’t enough, all six people on stage contributed to the array of vocal harmonies that make up many of the songs, and I have it on good authority from someone who is very familiar with this material that they were absolutely spot on. Vocally, there are two ways you can approach a tribute band: imitate the original vocal style, or sing using your own voice. When you have three main vocalists then you have the luxury of meddling in both, as The Ultimate Eagles do to great effect, making the vocal approach recognisable as the band they are paying homage to, but also trusting to their own voices to do justice to the songs and give them their own unique edge.

Going back to the song choices, the set was conveniently split into two parts. The majority of the first half was acoustic-led, slow to mid-tempo numbers that, while obviously popular with the crowd, as someone less familiar with the band, I would have liked the odd faster track thrown in. On the plus side, I did learn a new phrase from Mr Vaughn, who described one of the songs as a ‘rubbing belt buckles’ track, or some similar phrase that I am probably going to steal at some point! The second half had a much more even spread of songs, and even the band themselves looked to be enjoying it a bit more, with more attempts at audience interaction, more synchronised guitar thrusting and other stage antics, and just generally a bit more energy on stage. I enjoyed this half more, but then I’m not much of a slow dancer and there were several couples in the audience who were definitely enjoying the first half… Once the twin-necked guitar was revealed everyone knew it was time for what the band described as ‘arguably the best rock song ever written’, Hotel California. The closing guitar harmony is mesmerising to both hear and watch. An encore of Take It Easy and Desperado wrapped up proceedings and that was that for another year.

Admittedly, I wasn’t even born when most of the Eagles music was released, and so don’t have as strong a connection with the original material as someone who was there at the time might have. Even so, I would love to know, other than seeing the original members in the flesh and having a bigger light show, what would a show by the original Eagles have that this didn’t? Being objective about it, every song was note perfect, the vocals were flawless and most tracks that any fan would want to hear were performed, drawing from the entire back catalogue. The Ultimate Eagles have been doing this for eight years now and played around the world in a multitude of different venues. That experience shows through the tight performance. If you are an Eagles fan and want to hear a true-to-the-originals performance, the question isn’t why would you go and see The Ultimate Eagles, it’s why wouldn’t you?